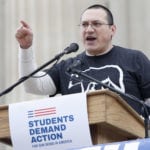 Dustin Stumblingbear, of Lawrence, addresses protesters at the March For Our Lives rally Saturday, March 24, 2018, on the Kansas Statehouse grounds in Topeka.

Veteran and nonprofit board member Dustin Stumblingbear has filed again for election to the Lawrence City Commission.

Stumblingbear, 40, who has lived in Lawrence since 2009, ran unsuccessfully for City Commission in 2017, finishing fourth in a race for three seats. Stumblingbear said he decided to run again for the commission because he thinks his perspective — including his experiences as a veteran, lifelong renter and a Native American — would benefit decision-making at City Hall.

“I still feel I have something to contribute to the discussion of the issues coming to the City Commission,” Stumblingbear said. 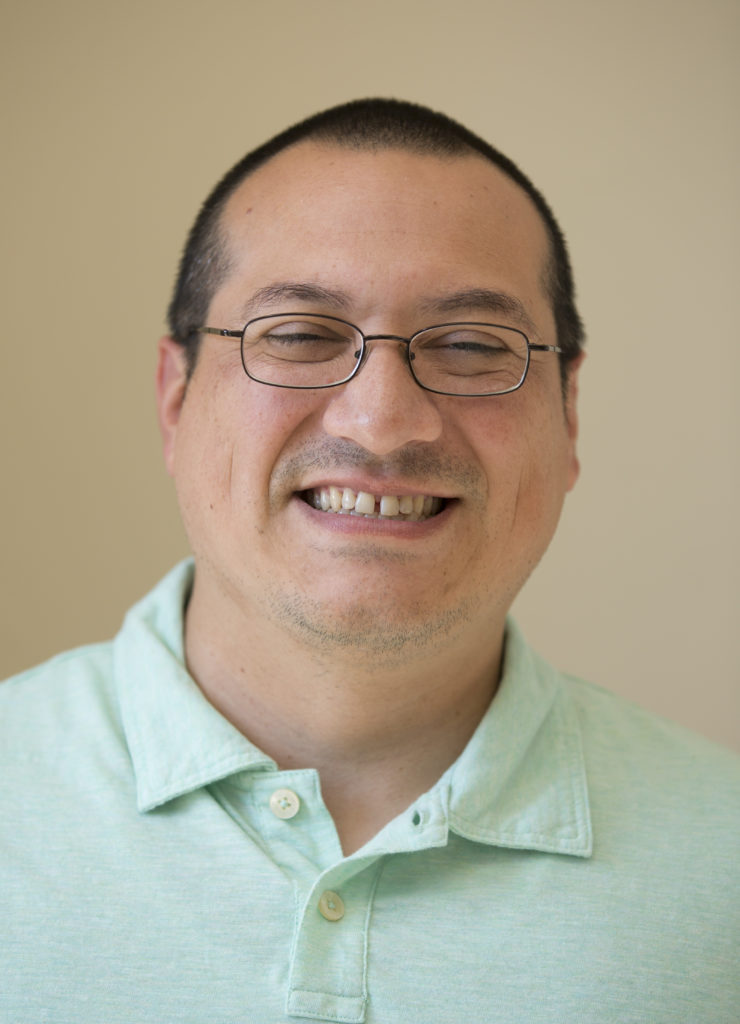 “I want people to know I enjoyed the campaign because of the discussions we got to have with the citizens of Lawrence,” Stumblingbear said. “It was just rewarding to talk to so many people and hear so many different perspectives.”

Stumblingbear is an Iraq war veteran and a member of the Kiowa tribe of Oklahoma. He currently serves on the board of Independence Inc. and is a member of the city’s Human Relations Commission, which investigates discrimination complaints related to employment, public accommodations and housing.

Stumblingbear is the first candidate to file for the 2019 City Commission election. City ordinance requires a primary when the number of candidates is more than two times the number of open seats.

The filing deadline for the election is noon on June 3, according to Douglas County Deputy Elections Clerk Heather Dill. She said that if a primary is needed, it will be held Aug. 6.