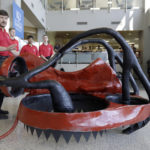 University of Kansas professor Ronald Barrett-Gonzalez, describes the “Mamba”, a KU aerospace engineering team’s personal aircraft design that was unveiled Friday, June 18, 2018, at KU after the design was recently recognized as a Phase 1 winner in the “GoFly” Personal Aircraft Design Competition. The $20,000 award is the largest such aircraft design award earned in the history of KU aerospace engineering department.

Flying cars may not be so far off, if the Mamba is any indication.

A team of aerospace engineering students and faculty at the University of Kansas on Friday unveiled their winning design, titled “Mamba,” for Boeing’s international GoFly competition. The KU entry was recently named one of 10 winners in the contest’s first phase, beating out close to 600 other designs and netting $20,000 in the process. 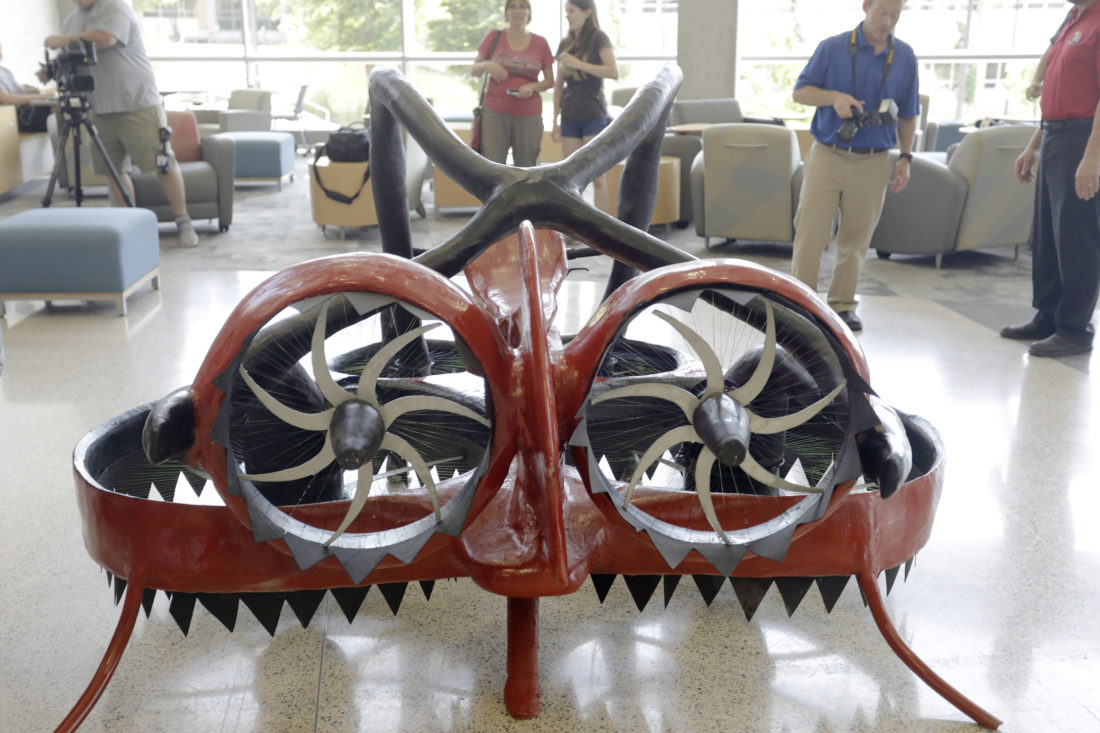 A photo from the back of the “Mamba” personal aircraft shows two of the rear duct fans, Friday, June 18, 2018. The KU aerospace team that designed the aircraft also conceived and applied for a patent on a totally new branch of ducted fan technology which cuts noise emissions dramatically.

The ultimate $2 million GoFly Prize aims to inspire students, entrepreneurs and other innovators to design and build an open-air personal rotorcraft that is safe, quiet, ultra-compact and capable of carrying a single person 20 miles without recharging or refueling.

“We believe that because we started with safety and we’re pushing for safety, it’ll give us a significant advantage at every stage of the competition,” Ron Barrett-Gonzalez, the team’s adviser and KU professor of aerospace engineering, told reporters Friday.

The Mamba, a shrouded hexcopter with tilting ducts, was conceived with safety and marketability in mind, he said. Over the past year, Barrett-Gonzalez and his team met with both Federal Aviation Administration officials — to ensure their design met FAA certification criteria — and Lance Rake, a professor in KU’s School of Architecture and Design, for aesthetic guidance.

Rake, who has designed features for Harley Davidson, helped shape the Mamba’s motorcycle-like design, said team leader Lauren Schumacher. The aircraft’s flight control system is laid out like the dashboard and handlebars of a motorcycle, “so anyone could jump on this thing and intuitively understand how to fly it,” she said.

“It just so happens this aircraft is designed for a 5-foot-2, 130-pound person, which happens to be me,” said Schumacher, a doctoral candidate in aerospace engineering.

Barrett-Gonzalez hopes the Mamba’s emphasis on safety will allow for faster patent approval, an easier pathway into the personal aircraft market and lower insurance rates. 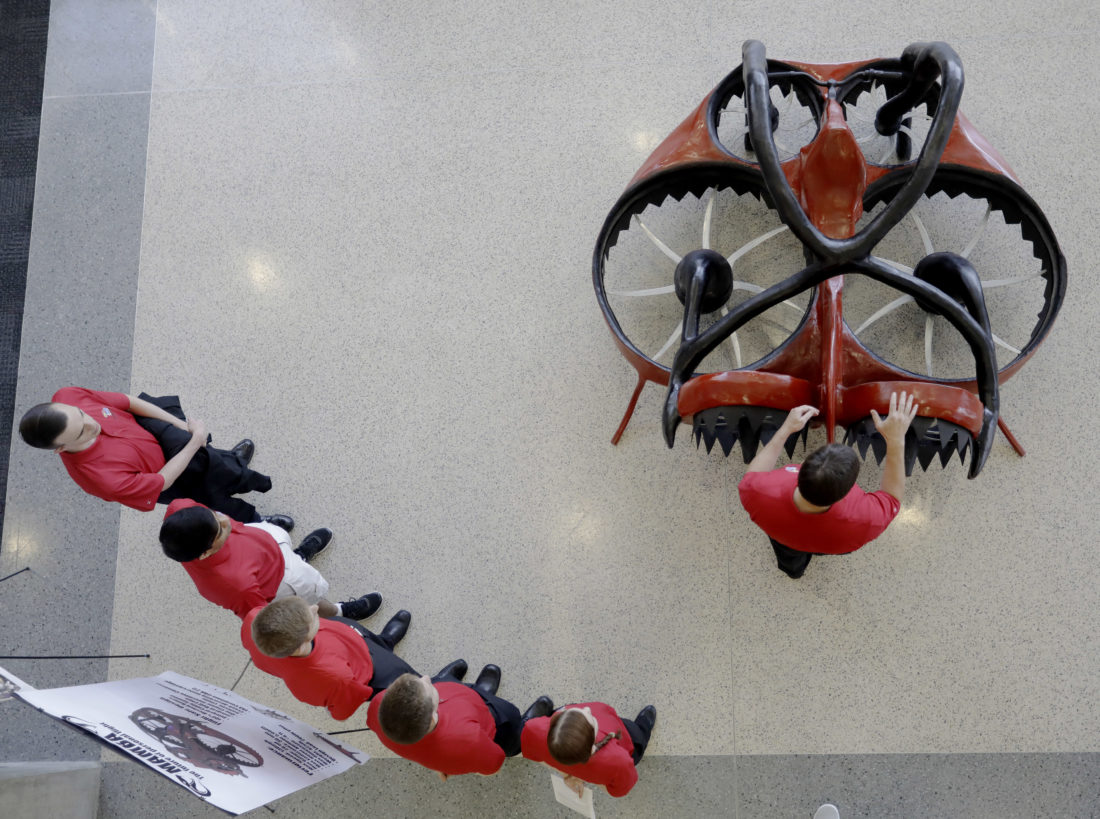 University of Kansas professor Ronald Barrett-Gonzalez, describes the “Mamba”, a KU aerospace engineering team’s personal aircraft design that was unveiled Friday, June 15, 2018, at KU after the design was recently recognized as a Phase 1 winner in the “GoFly” Personal Aircraft Design Competition. The $20,000 award is the largest such aircraft design award earned in the history of the KU aerospace engineering department.

The next step, he said, is securing experts to help the team build a half-scale model of “Mamba” by GloFly’s Phase 2 deadline in February. If the students, now operating under the name Chrysopelea LLC, make it past Phase 2, they’ll receive a $50,000 prize. In Phase 3, they’d be called upon to construct a full-scale model.

“We’re looking to interest people who can lay hands on venture capital and want to help us bring an aircraft that is like a for-real Podracer to life,” Barrett-Gonzalez said, referring to the fictional “Star Wars” aircraft.

The racing machines, from early 2000s “Stars Wars” prequels, actually “got a lot right,” he said. If the films had enlisted a few aerospace engineers, the Podracers “would have probably evolved into something like” the Mamba, Barrett-Gonzalez said.

“It’s not inconceivable that in eight, 12, 15 years, that there could be not just one aircraft like this, but a whole category of aircraft with maybe six or eight or four or three ducts, that will be racing courses around Clinton Lake,” he said. ” … It’d be a blast.”