KU seeks to require holsters, other safety measures for guns on campus 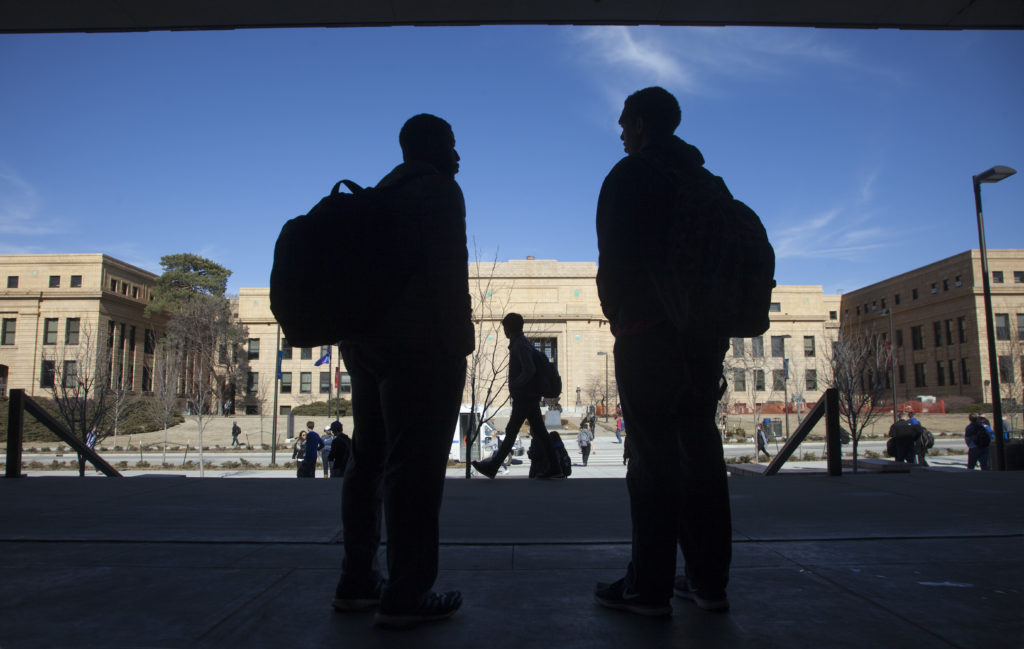 KU students visit and pass between classes outside of Wescoe Hall and across Jayhawk Boulevard from Strong Hall on Friday, Feb. 6, 2015.

Anyone carrying a concealed handgun into a building at the University of Kansas must have the firearm in a holster with the safety on, according to a draft weapons policy KU submitted this week to the Kansas Board of Regents.

Among other safety rules in the policy: People carrying concealed handguns elsewhere on campus must keep them on their person at all times — including always wearing or holding purses or backpacks with guns inside.

Under the Kansas Personal and Family Protection Act, state universities must allow lawful concealed carry of handguns on their campuses beginning in July 2017. The law allows universities to prohibit guns in buildings or areas with adequate security measures at public entrances to ensure no guns get in, such as metal detectors and guards.

The Regents adopted a statewide policy to account for the new law, and individual universities are now preparing their own respective policies — if only slightly more detailed than the Regents’ policy.

The Regents are scheduled to discuss KU’s draft policy in committee in November, according to a campus message from KU Chancellor Bernadette Gray-Little. She said once the Regents approve KU’s policy the university community will get more information and training as July 2017 approaches.

“Our goal was to create a university-wide policy that emphasizes the safety of our campuses, creates a setting conducive to learning, teaching and research, and is consistent with state law,” Gray-Little said in the message. “…I believe we’ve created the best possible policy for KU.” 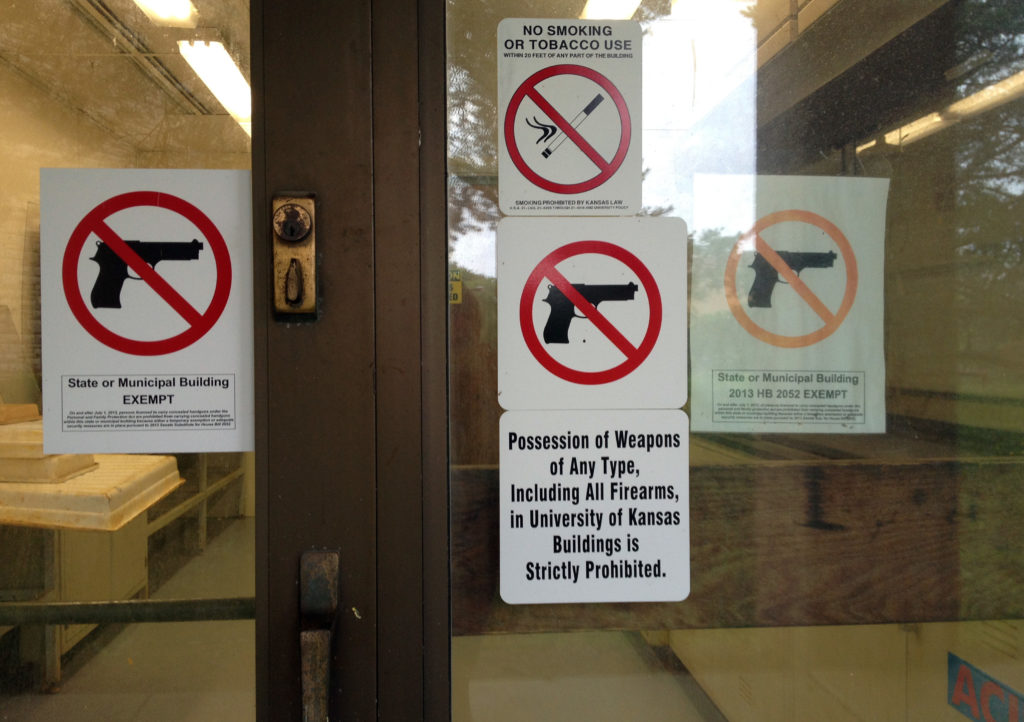 So far KU has not released a list of which, if any, buildings, areas or events where it plans to install adequate security measures to prohibit guns.

• Holsters must completely cover the gun’s trigger area and have sufficient tension to keep the gun in the holster “even when subjected to unexpected jostling.”

• No one “shall use the fact of possibility that he or she is carrying a concealed weapon with the intent to intimidate another person except in defense of self or others.”

• Regents policy applies to everyone on campus, including requirements that guns stored in cars must be hidden from view and that guns in residence halls must be contained in secure storage devices when not on the person of the carrier.

• Statewide gun laws also apply to everyone on campus, including statutes requiring concealed carriers to be at least 21 and not under the influence of alcohol or drugs.

• Open carry of any firearm is still prohibited on campus.

KU’s policy defines those as areas accessible only to authorized personnel by key, key-card or code.

It’s unclear what areas of campus would fall under that category.

KU’s office of general counsel referred questions to the office of public affairs, which did not respond Tuesday afternoon.