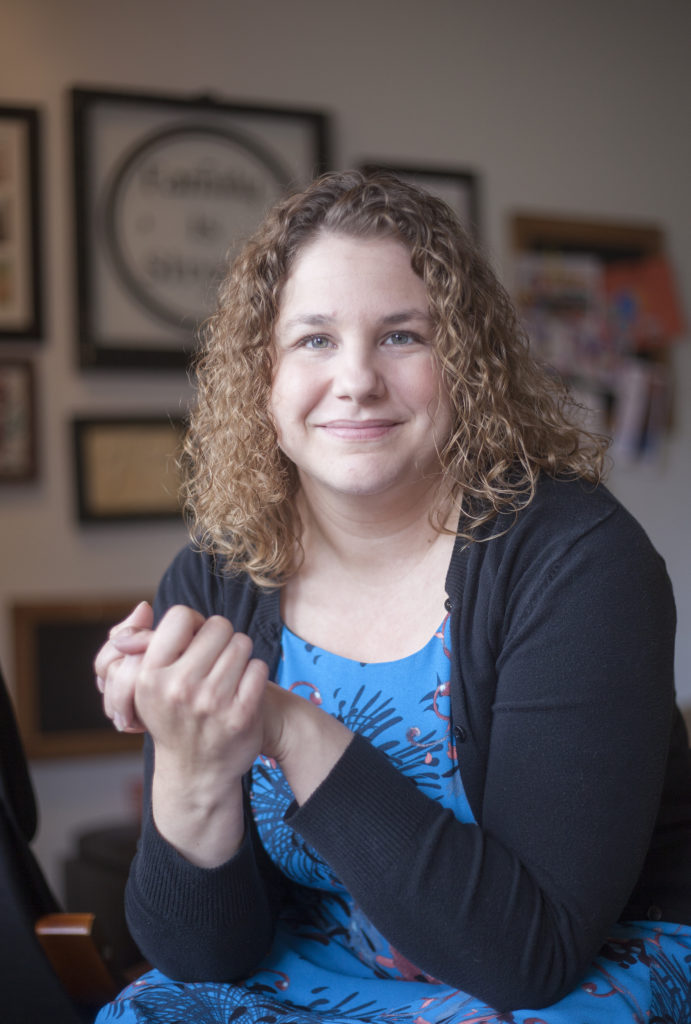 Some Kansas University students filed a discrimination complaint with KU against assistant professor Andrea M. Quenette, who they accused of using racist language, in November 2015.

After a four-month investigation into whether she racially harassed and discriminated against students, a Kansas University professor who used the N-word in class has been cleared.

Assistant professor of communication studies Andrea Quenette said KU’s Office of Institutional Opportunity and Access notified her late Friday that it found she did not violate the university’s nondiscrimination or racial and ethnic harassment policies, as several graduate students had complained last fall.

Quenette — who has been on paid leave since the investigation opened in late November — said she thought KU’s process was thorough and fair, but she is relieved it’s over and looks forward to returning to campus.

“I believe they did due diligence in taking the students’ concerns seriously, and I do appreciate that,” she said. “I didn’t believe I had violated policies … so I’m glad that the outcome reflected that.”

Key to the university’s decision was that while Quenette did say the N-word during a November class discussion about race, she did not use it as a slur.

“This word is offensive, but it was used in the context of retelling a factual event that occurred at another campus,” Quenette said, summarizing what the university wrote in a letter explaining its conclusion. “It was not used in racial animus.”

In addition to complaints from that class discussion, KU investigators looked at complaints about a lack of diversity training in orientation for communications graduate teaching assistants — for which Quenette coordinates the curriculum — and a simulation video she created for a media and terrorism class that students called stereotypical and offensive, Quenette said. KU addressed each but found no policy violations regarding them, she said.

KU’s conclusion made several recommendations for Quenette going forward, she said: Undergo cultural competency training, reevaluate orientation curriculum to include more diversity support and pair up with a faculty mentor.

“I think diversity training would be welcomed, and I think it is important for all faculty, so I embrace the opportunity to be able to do that,” she said. “A faculty mentor, I think, is a great thing.”

KU also recommended possibly reassigning duties within the communications department, Quenette said. She said specifics of that would likely be discussed with the department chair.

A total of eight communications graduate students filed formal complaints against Quenette with the Office of Institutional Opportunity and Access, Quenette said. Some of the students were in the class where she said the N-word but the majority were not, she said.

KU spokesman Joe Monaco confirmed Friday that the investigation was complete and that all involved parties had been notified of the outcome. University administrators won’t comment on the findings, Monaco said, citing confidentiality.

Quenette, now in her third year as a tenure-track assistant professor, doesn’t have any classes this spring because she was previously scheduled for a research-intensive semester, but she said she expects to return to teaching this summer or fall.

She requested and was granted paid leave for the duration of KU’s investigation after a week of backlash from the Nov. 12, 2015, class discussion — including social media posts with the hashtag #FireAndreaQuenette and a critical open letter posted online by graduate students. 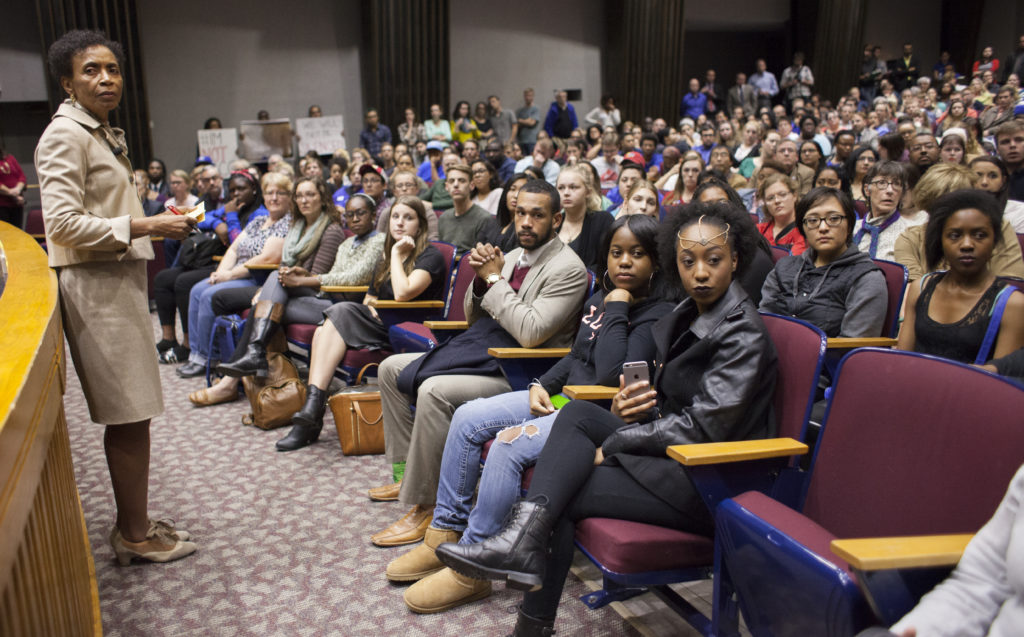 Kansas University Chancellor Bernadette Gray-Little listens to a question as she moderates a town hall forum on race at Woodruff Auditorium in the Kansas Union in November 2015.

Jyleesa Hampton, a first-year communications graduate student who is black, signed the open letter but was not in the class. Hampton did not say whether she was among students who filed Office of Institutional Opportunity and Access complaints, because that information is supposed to be confidential.

Hampton said Friday that the office’s conclusion that Quenette didn’t violate policy doesn’t mean her comments weren’t perceived as racist by those who received them.

“The students that wrote that letter stand behind that letter, that it is possible to do and say racist things and not violate the law,” Hampton said. “That doesn’t make them any more acceptable.”

It was sparked by a graduate student posing the question, “What is the best approach to talk about that event and these issues with our students?” according to the letter.

During the discussion, Quenette said that as a white woman it was difficult for her to relate to others’ challenges because she has not experienced racial discrimination herself, according to both Quenette and students. At KU, unlike other campuses reporting highly visible racist acts and assaults, “It’s not like I see (N-word) spray painted on walls…” the letter quoted Quenette as saying.

“Dr. Quenette’s deployment of racially violent rhetoric not only creates a non-inclusive environment in opposition to one of the University of Kansas’ core tenets, but actively destroys the very possibility of realizing those values and goals,” the students wrote.

Students said Quenette’s remarks caused them “shock, anger and pain,” according to the letter. They said they would refuse to attend Quenette’s class, and called on her to be fired.

Some in academia will consider KU’s decision a win for academic freedom. Quenette’s case made national news and attracted commentary from free speech advocates including the Foundation for Individual Rights in Education, or FIRE.

Quenette said she thinks everyone at KU can feel reassured, because both she and the students had an opportunity to be heard and that the process worked.

“People need to be respectful of other people’s feelings and situations and positions, and that will always be true,” she said.

“I feel hopeful there is opportunity for everyone to learn from this experience but also that faculty here can feel comfortable and not afraid.”