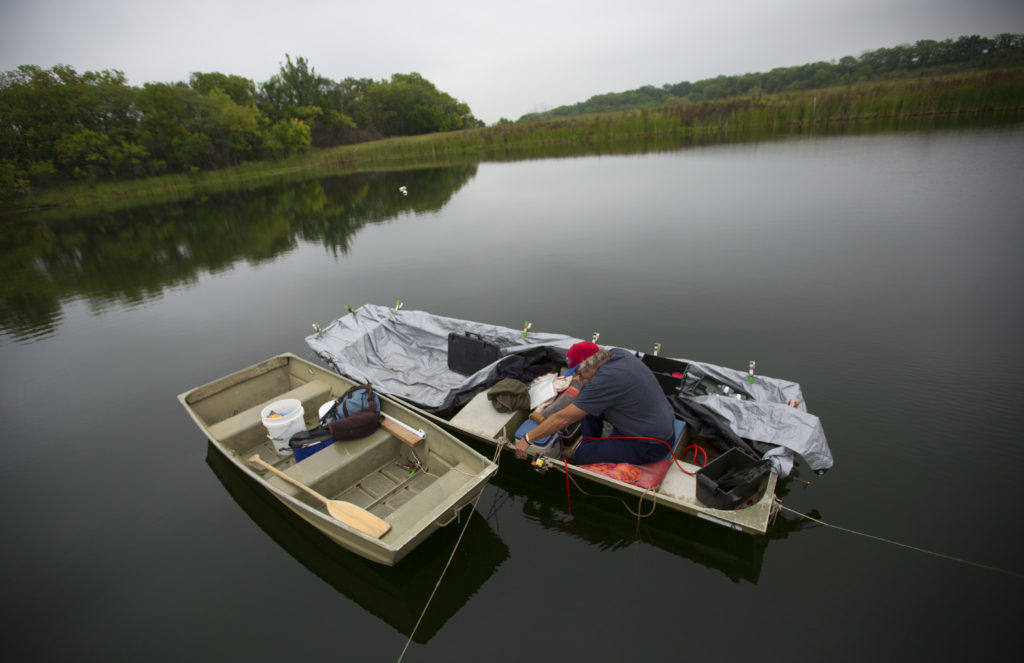 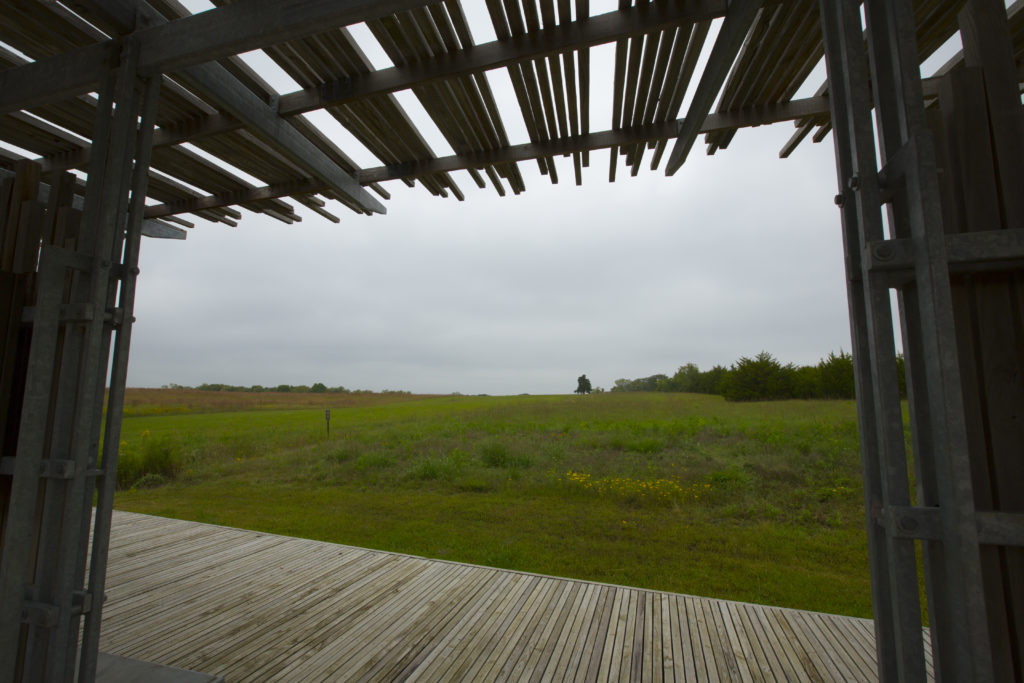 A kiosk sits at the head of the Rockefeller Nature Trail at the Kansas University Field Station. The land is open to the public and was donated to KU by John D. Rockefeller. 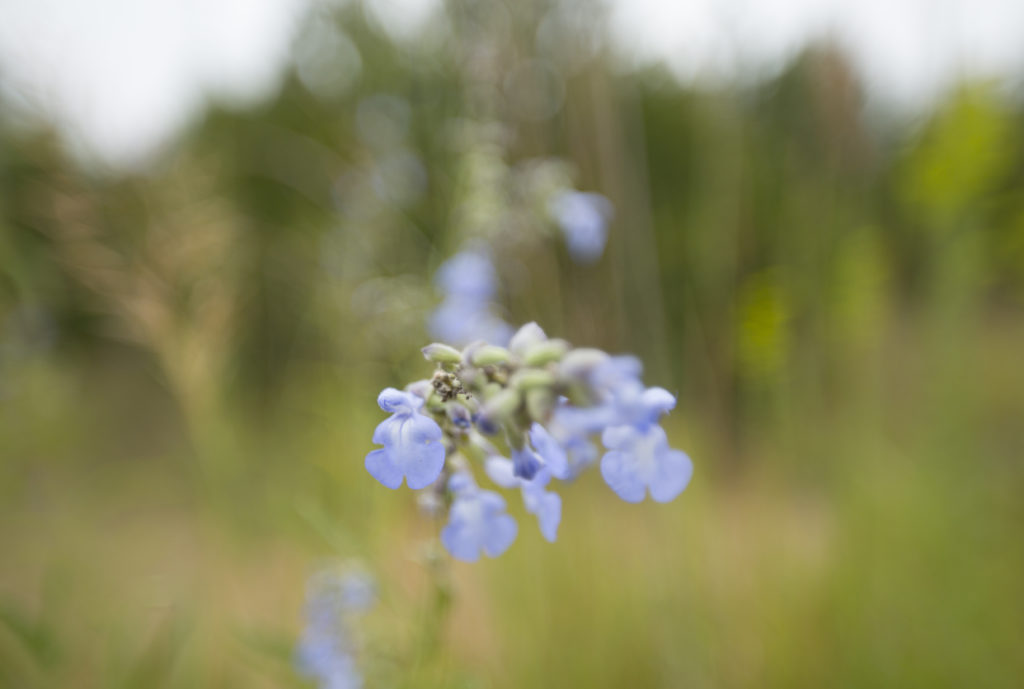 Blue Sage is one of more than 200 native plant species in a tract of land, which was donated to Kansas University by John D. Rockefeller, at the KU Field Station.

For Kansas University, donations of land equal funding and research.

The KU Endowment, which is the nonprofit fundraising arm of the university, owns approximately 45,000 acres of land in 47 counties in Kansas and even in parts of Oklahoma, Colorado and Wyoming.

“KU is fortunate to benefit from a strong tradition of donors who have chosen to, in a way, keep their land ‘in the family’ by giving their land to KU Endowment to support their goals for KU. For many, this is preferable to having the land sold or auctioned off to settle their estates,” said Dale Seuferling, president of the endowment.

Recently, a couple who wished to remain anonymous made a gift commitment to leave their 120-acre ranch to KU and $2 million to maintain and enhance the property. The land includes tallgrass prairie, scenic vistas and even ruts from historic pioneer trails.

“This prairie is one of the gems of the prairies that are left,” said Kelly Kindscher, senior scientist for the Kansas Biological Survey. “It’s just a delight that it will be protected.”

Much of the endowment’s land is being farmed, and income from the land is used to benefit the university “as specified by the intentions of the donors,” said Rosita Elizalde-McCoy, a spokeswoman for KU Endowment.

Over the past five years, farm and mineral holdings have averaged $3 million in income per year, she said.

University land also includes the KU Field Station, north of town, which is used for research by the Kansas Biological Survey and has public trails, shelters and other amenities.

The Field Station includes historic land donated to KU by Charles Robinson, the first governor of Kansas, and his wife, Sara.

It also includes the Rockefeller Experimental Tract, which was purchased with funds donated by philanthropist John D. Rockefeller.

The Field Station “provides a tremendous opportunity as an outdoor laboratory to look at various processes of nature on a long term as well as short-term basis,” said Ed Martinko, director of the Kansas Biological Survey.

But the largest KU land holdings are out in western Kansas. For example, there are 6,812 acres in Stanton County and 6,357 acres in Morton County.

In general, that land is used to grow wheat, corn, milo, soybeans and even canola, alfalfa and sunflowers, officials said.

The other major research university in Kansas, Kansas State, has about 12,500 acres of land, according to the Kansas State Foundation.

For years, the foundation would sell farmland or real estate it was given, but decided five years ago to keep land if it is deemed to be a good strategy for the university, said Susan Berhow, interim director of communications for the foundation.