Replant Mount Oread is planning a fall tree-planting event for 10:30 a.m. Friday between Marvin and Lindley halls on the Kansas University campus. Sign up to volunteer at sustain.ku.edu/replant/volunteer. To donate money for the Replant Mount Oread effort, go online to kuendowment.org or call KU Endowment at 832-7400. 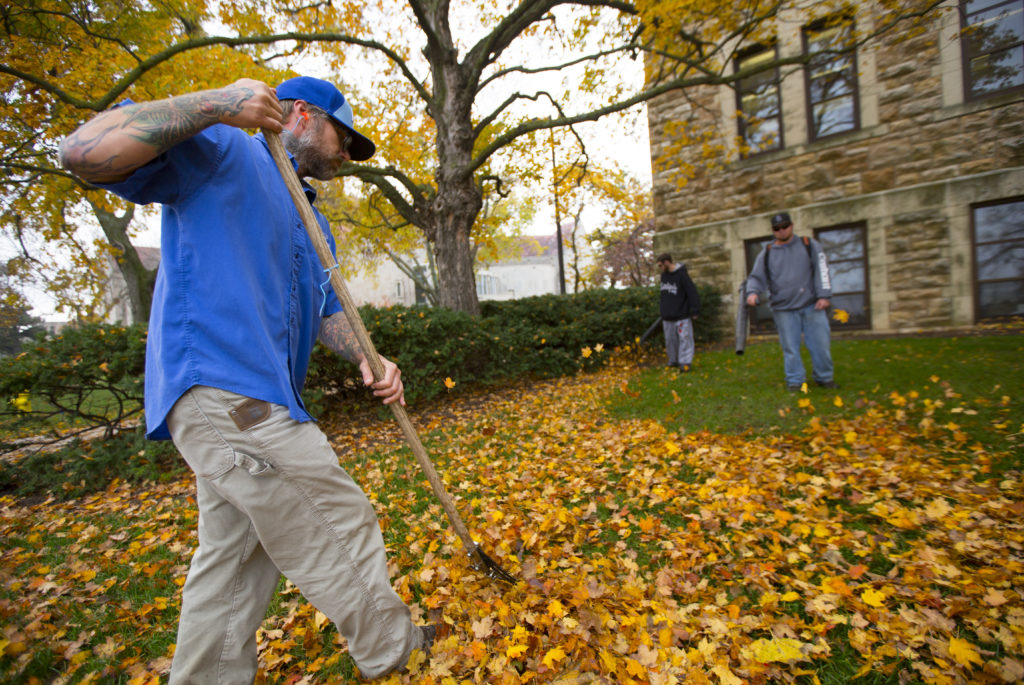 Kirk Gullickson and other workers with Kansas University Facility Services gather up leaves outside of Marvin Hall on Friday, Oct. 24, 2014. KU's Replant Mount Oread effort aims to organize volunteers and raise money to help plant trees on campus, where trees are being removed because of damage or disease faster than they are being replanted. 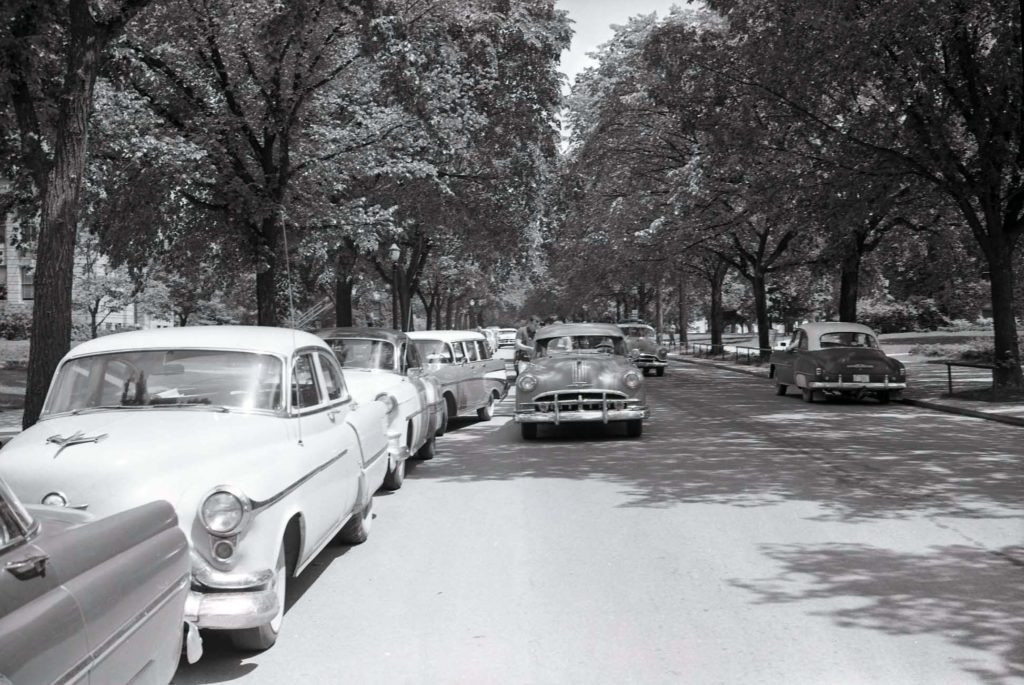 This photo from Kansas University's archives shows how the elm canopy over Jayhawk Boulevard looked in the 1950s. By the mid-1970s, dutch elm disease had killed most of the trees alongside the road. 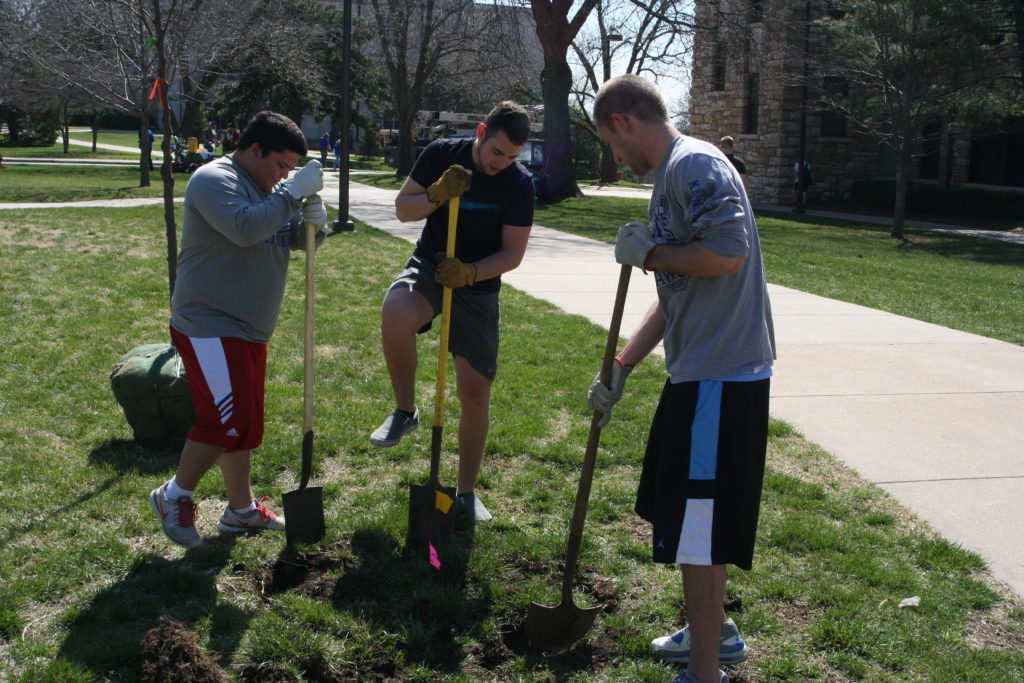 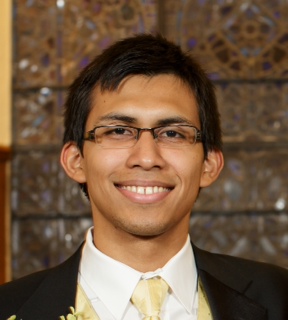 A Chinese proverb on the Replant Mount Oread website says: “The best time to plant a tree was twenty years ago. The second best time is now.”

When it comes to trees, Kansas University is playing catch-up.

“When you look at a loss of 80 or 90 trees, and then we’re only putting 50 back, you get behind pretty quickly,” said Jeff Severin, Replant project coordinator and director of KU’s Center for Sustainability.

For the past three years Replant Mount Oread has organized Arbor Day tree-planting events. The group is planning its first fall tree-planting Friday and hopes it will become an annual event.

The event, dubbed “Trick or Trees,” will focus on the lawn between Marvin and Lindley halls, just south of the Chi Omega Fountain.

Known for its small grove of pear trees, the original landscaping at the site was a gift from the class of 1949, according to KU. The planting plan calls for adding additional Bartlett pear trees, Dwarf Mugo pines, peonies and periwinkle to bring the area back closer to what it was historically.

A Black Hills spruce tree donated in memory of a KU student who died in 2013 will be the focal point of the planting. KU’s International Student Services program collected donations for the tree in memory of Gianfranco Villagomez-Saldana, who was from Peru.

In addition to putting volunteers to work planting trees, Replant Mount Oread continues to publicize a KU Endowment fundraising effort to help pay for planting and maintaining trees. Aside from planting events such as Trick or Trees, Severin said Replant Mount Oread hopes to have money on hand to respond to tree emergencies that might come up throughout the year, such as the unexpected loss of a large or significant tree.

A tree inventory is an ongoing project for KU’s Tree Advisory Board, Severin said. The inventory aims to log the location, species and condition of trees to help plan for the future.

He said that information will be especially important to plan ahead for disease and insects that attack certain species — pine wilt has wiped out many trees in recent years, and the emerald ash borer is feared to be on the way.

KU’s Jayhawk Boulevard construction project, underway now, calls for restoring the tree canopy that once arched over the street but was mostly wiped out by the mid-1970s due to Dutch elm disease.

Officials have estimated the cost of planting a new canopy at about $1 million. That would include about 200 trees and some 80,000 square feet of other landscaping.