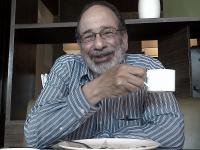 Nobel Prize-winning economist Alvin Roth is set to speak in April at the Lied Center about a familiar economic concept with a very human twist: markets we find morally repugnant.

Very often the difficulty comes from our own distaste or moral aversion to adding a price tag. Take, as examples, human organs. “The public feels a little squeamish about using markets to allocate body parts,” said Neal Becker, a KU assistant professor in economics who took graduate classes with Roth when Roth taught at the University of Pittsburgh.

As one solution, Roth has helped develop a kidney exchange system where incompatible patient-donor pairs can find other pairs with compatible organs. Roth’s research has also helped create systems to match students with schools and medical interns with hospital residencies.

In 2012 he shared the Nobel Prize in economics for his work in market design and creating stable allocation systems.

Ann Cudd, a Kansas University distinguished professor of philosophy and vice provost and dean of undergraduate studies, invited Roth to the KU campus as part of a philosophy seminar on the values of markets.

As a Ph.D. student, Cudd, who is married to Becker, also took classes with Roth. Those classes were in game theory, a field that looks at strategic decision making among multiple actors. Cudd came to use game theory in her philosophy research at Pittsburgh and eventually added Roth to her dissertation committee.

“He’s a really broad collaborator,” Cudd said. “The fact that he was willing to go outside the boundaries of economics and mathematics and discuss more of the philosophy issues of game theory were really valuable to me, and I thought a generous use of his time.”

Roth’s talk at the Lied Center is titled “Not for Sale! Repugnance as a Constraint On Markets.” The event is slated for 7 p.m. on April 1 and is free and open to the public.