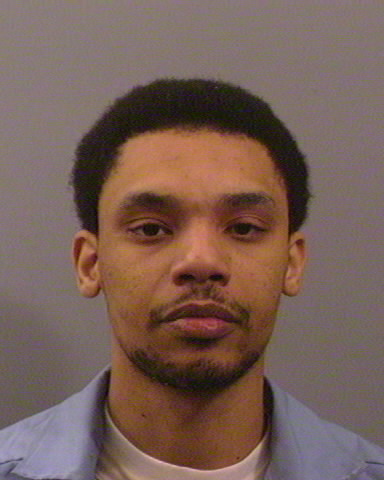 A Kansas City, Kan., man who allegedly robbed a west Lawrence credit union was arrested Saturday after taking a cab to Omaha, Neb., according to Lawrence police.

Sgt. Trent McKinley, a police spokesman, said Antonio Porter Gaitan, 35, walked into Truity Credit Union, 3400 West Sixth St., at 11:12 a.m. Saturday and demanded cash from a bank teller. Gaitan did not display a weapon during the robbery and left the scene in a black taxi van after the teller complied with his demand, McKinley said.

Nobody was injured during the incident, McKinley said. In fact, few knew a robbery had occurred.

Investigators identified the taxi company and driver soon after the crime was committed. According to Lawrence police, Gaitan paid the taxi driver a “significant amount of money” to drive to Omaha, Neb., where he was dropped off at a bus station.

Lawrence police coordinated with officers from the Omaha Police Department, who located Gaitan at the bus station Saturday evening. He attempted to flee Omaha officers but was captured and arrested, police said.

Lawrence police interviewed Gaitan in Omaha on Saturday and linked him to the Truity Credit Union robbery, as well as a bank robbery last week in the Kansas City area, police said. On Wednesday, FBI investigators told Kansas City media that the Country Club Bank, 1 Ward Parkway in Kansas City, Mo., had been robbed that afternoon. FBI said the suspect entered the bank, demanded money and fled on foot.

At the time of his arrest, Gaitan had an outstanding warrant through the United States Marshals Service for a parole violation, stemming from a previous conviction for bank robbery. He is being held without bond in Omaha on the federal warrant. Lawrence police are currently preparing affidavits on the local robbery charge, according to the statement.

Kansas Department of Corrections records show a Wyandotte County court convicted Gaitan of burglary of a home and possession of narcotics in March 1999. In June 2006, a Johnson County Court convicted Gaitan of attempted theft. He spent two months in prison in 2002 for the 1999 charges and six months in prison in 2007 for the attempted theft charge. He was placed on parole in October 2007 until his sentence expired in November 2008.