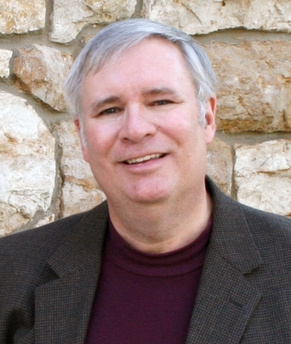 Who is David Guth?

Topeka ? Kansas University on Friday placed journalism professor David Guth on administrative leave over comments critical of the NRA that he wrote on Twitter regarding the shooting this week at the Navy Yard in Washington, D.C.

“Any attempt to continue employing this individual as an educational leader is offensive to taxpayers,” Wagle said.

The incident also left some wondering if KU, whose relationship with conservative Republican legislators is already strained, would suffer further. Republican leaders cut $34.3 million in state funds to universities last session and will conduct information-gathering meetings on campuses next month to prepare for next year’s budget discussions.

The dispute was over a message by Guth on the social media site Twitter, and it exploded across the Internet.

In the aftermath of the shootings in Washington on Monday in which 13 people were killed, Guth tweeted: “The blood is on the hands of the #NRA. Next time, let it be YOUR sons and daughters. Shame on you. May God damn you.”

KU officials strongly criticized the comment and Chancellor Bernadette Gray-Little announced that KU had put Guth on paid leave and would conduct a review of the situation.

“In order to prevent disruptions to the learning environment for students, the School of Journalism and the university, I have directed Provost Jeffrey Vitter to place Associate Professor Guth on indefinite administrative leave pending a review of the entire situation. Professor Guth’s classes will be taught by other faculty members,” Gray-Little said.

In an email to the Lawrence Journal-World on Friday, Guth said he had met earlier with university officials and agreed to take administrative leave “in light of the abusive email threats I and others have received.”

“It is in the best interests and peace of mind of our students that I remove myself from the situation and let cooler heads prevail,” Guth said. “It is unfortunate that my comments have been deliberately distorted. I know what I meant. Unfortunately, this is a topic that generates more heat than light.”

Guth, in an interview on Thursday, said, “I did not advocate violence against anybody.” He said he was, instead, trying to make gun advocates see shootings like the one at Navy Yard from the point of view of the victims and their families. “I was getting tired of hearing comments in the media and Twitter that, ‘Gee, this wouldn’t have happened if the office staff at the Navy Yard had been armed,'” he said.

As for the “May God damn you” comment, Guth said: “I think they are on the wrong side of the angels on this issue. I wasn’t cursing them. I was stating that I would like to see God put judgment on them.”

“Wishing death and damnation upon parents and their children is reprehensible and is not befitting of an employee of such a distinguished university,” he said. He said Gray-Little needed to remove Guth from KU’s faculty “immediately.” Bruce added, “Had he tweeted against a liberal advocacy group, a protected class, there is no question in my mind, that he would be removed.”

The Kansas State Rifle Association President Patricia Stoneking said the state arm of the NRA “will do everything possible to see to the removal of this man. He should be fired immediately.”

Stoneking said that while the KSRA believes in First Amendment rights of free speech, Guth was inciting violence.

“Is this who you want teaching your children? I certainly do not want him teaching mine,” she said.

The Kansas Board of Regents held a hastily called closed session on the comments made by Guth.

After the meeting, Andy Tompkins, president and chief executive officer of the regents, said, “The Board of Regents expresses its disgust and offense at the statement made by David Guth.”

The board said KU was keeping it informed on the situation and expressed its appreciation to Gray-Little for responding to the controversy.

According to KU’s Code of Faculty Rights, Responsibilities and Conduct, “Freedom of inquiry, expression, and assembly are guaranteed to all faculty members.”

KU spokesman Tim Caboni, however, said people who engage in public discourse “have a responsibility to be civil in the way we comport ourselves.”

Francisco said Guth’s tweet probably would hurt KU in its relationship with some legislators. “Unfortunately, I think when people are already critical they take new information in through that filter,” she said.

She added, “I would hope we all remind ourselves that we are working together to make this a great community and a great state and can try to look at each situation on its own and wait to get as much information as we can before we take action.”

“I want this (Guth) to be treated as its own situation, not an extension of any sort of public funding issue that took place last session,” he said.

But Smith said if KU doesn’t dismiss Guth then it is saying it supports Guth’s position.

“The University of Kansas receives tax money from the state of Kansas. I do not condone using tax money to urge others to take violent action,” he said.