After discord caused by tweet, KU journalism school moves on 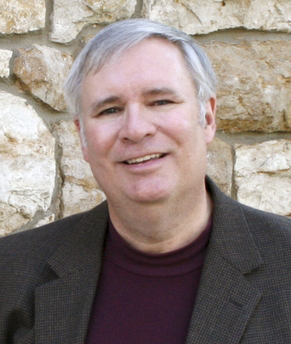 In the days and weeks following Kansas University journalism professor David Guth’s now-infamous tweet that inflamed gun-rights supporters, evoked condemnation from KU administrators and outraged some state politicians, the KU School of Journalism became not only the center of a political maelstrom but also a target of anger from outsiders.

After being put on leave, Guth told the Journal-World that he had received numerous death threats among the thousands of angry emails, tweets and phone calls from strangers.

But the anger extended beyond Guth himself. There was “a flood of phone calls, emails and tweets about it,” said Mike Williams, a KU associate professor of journalism. “It was clear that there was a lot of attention on the school,” he said

The university declined to say how many emails it had turned over to police regarding the Guth matter or if journalism school Dean Ann Brill and other faculty besides Guth had been physically threatened by outsiders. In response to requests, KU spokeswoman Jill Jess said in a statement: “The university works diligently to ensure campus safety and avoid disruptions to the learning environment. Part of keeping campus safe includes not publicly discussing specifics of those measures.”

Brill has declined multiple requests for an interview.

Guth was placed on administrative leave in September after a Twitter post following the shootings that left 13 dead at the Navy Yard in Washington, D.C. Guth wrote: “The blood is on the hands of the #NRA. Next time, let it be YOUR sons and daughters. Shame on you. May God damn you.”

The post angered many who felt Guth was wishing death on the children of National Rifle Association members. Guth has since apologized and has said all along he did not mean that he wanted children to die.

Chuck Marsh, a KU professor of journalism who has co-written textbooks with Guth, said he regrets how Guth’s leave was communicated by himself and others. “The lesson I learned from this is: We did not tell our story well.”

Marsh himself helped write a statement signed by some tenured faculty at the school that affirmed Guth’s free speech rights but said “we do not agree with (Guth’s) recent comments.” In retrospect, Marsh said he wished the letter had emphasized “safety first, then moved on to other nuances” of the situation.

By not emphasizing the role safety played in Guth’s exit from the classroom and his administrative leave, faculty members, the journalism school and university were thrown into a debate about the intersection of free speech, social media and academia that quickly spread across the country.

At the time Guth was put on leave, KU Chancellor Bernadette Gray-Little said in a statement, “I have directed Provost Jeffrey Vitter to place Associate Professor Guth on indefinite administrative leave” to “prevent disruptions to the learning environment for students.”

“It would be safety. It would be students concerned about their classes. Parents calling in saying they don’t want their students in that class. People saying they’re coming to look for him (Guth) at the university. All those things that would make the situation in the School of Journalism one where it would be difficult to carry on. You could make an argument for, well, this would have been a teaching moment, to have all that go on and learn some lessons from it. That’s not the decision that we made… The goal was to have the School of Journalism be able to function in an uninterrupted way. And I think that we achieved that.”

Gray-Little also said that administrative leave “is considered by the university a non-punitive action.” The non-punitive nature of Guth’s leave has been echoed by Guth himself and others close to the situation.

After Guth went on leave, KU’s Mike Williams immediately took over one of Guth’s classes. Williams said safety concerns were “clearly why they (the university) moved as quickly as they did” in putting Guth on leave. “I think it was just a case of: Let’s move into normalcy.”

And that’s what Williams tried to do when he took on the history of journalism class Guth began the semester teaching. “I made it clear immediately I’m not the same kind of teacher as David. Fortunately, history does not change.”

The first day he took over, Williams said journalism school dean Ann Brill spoke to students at the beginning of class about the transition to a new professor. As Williams tells it, Brill said to the class: “Hi. We’ve had some changes. Professor Williams has done this before. We’re going to carry on.”

Students asked Williams at the time if Guth would return. Even that early on, Williams said it was “pretty clear” Guth’s leave “wasn’t going to be a short-term thing,” mainly because to change teachers yet again in the semester would have been disruptive to student learning.

And then, with students’ basic questions about the semester answered, “We got into the topic of the day,” Williams said.

If students had any jitters about their safety given the uproar around Guth and the school, they didn’t show it. “The students were not worried so much,” Williams said. “That’s our job — to make a safe environment so that’s the last thing students have to worry about,” Williams said.

Guth’s leave has since ended, and he’s been officially put back to work on administrative duties. Those include putting together an internship database for students, developing faculty assessment documents and evaluating scholarly journals in media fields. Guth said he’s also been at work on book projects and preparing for a sabbatical to research the role of media in small communities in western Kansas with declining populations.