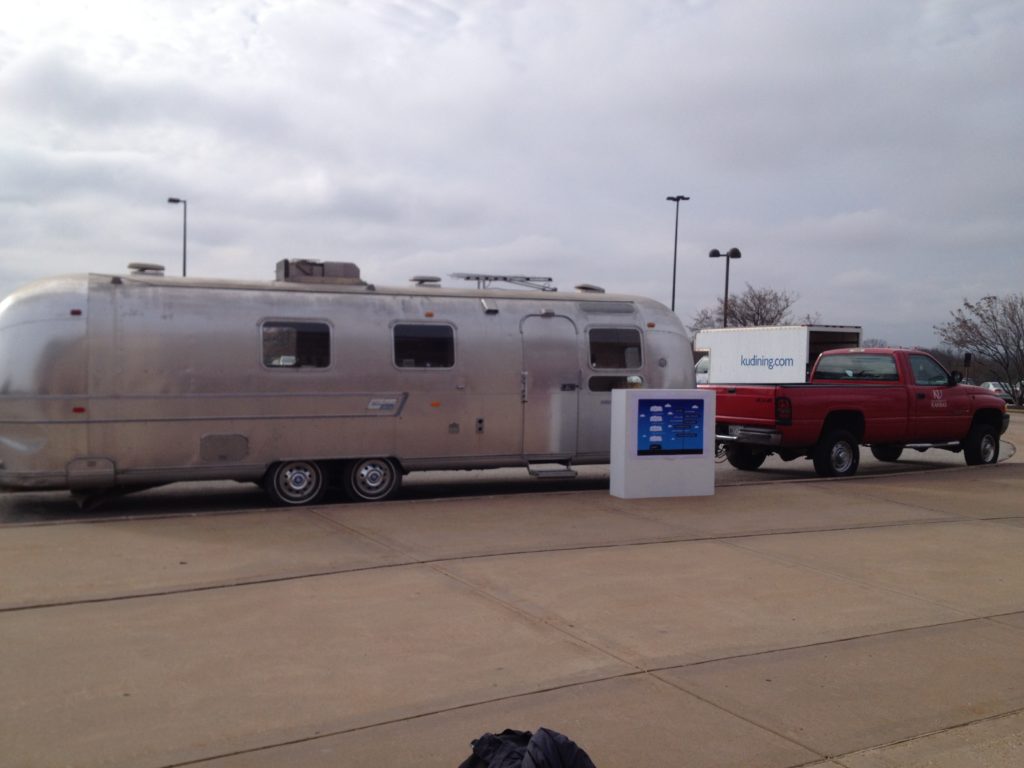 Just Food CEO Jeremy Farmer can explain as well as anyone what exactly “social entrepreneurship” means. Speaking at a panel at the Lied Center Pavilion on Friday, Farmer said his Douglas County organization’s food bank helped put food on the plates of hundreds of people. But he realized Just Food’s successes meant little if the same number of people had the same problems acquiring food every year. He saw hunger was an ongoing problem in need of an innovative solution.

Rather than giving someone a fish, or even teaching them to fish, as the biblical aphorism goes, Farmer and his team “really found that we needed to revolutionize the fishing industry,” so to speak. Farmer and his team taught lower income folks to garden and cook, to turn their lives into food-gathering enterprises. “Growing your own food is like growing your own money for lower income people,” Farmer said.

Farmer spoke as part of a panel at the Lied to help Kansas University celebrate Global Entrepreneurship Week, a worldwide advocacy event meant to stir the startup spirit in participants across more than 100 countries.

The KU School of Business held the university’s version of the event, which devoted itself to the idea of social entrepreneurship, or using business and entrepreneurial strategies to do social good. Joining Farmer on the panel were John Gordon, executive director of Boys Grow, Andrew Stanley, founder of VolunteerMark, Munro Richardson, co-founder of myEDmatch and Ann Brandau-Murguia, a Wyandotte County commissioner. Silicon Prairie News CEO Regan Carrizales moderated the panel.

The day also featured a contest for KU undergraduate and graduate students to present their own model for a social startup. Four groups were tasked with fleshing out an idea that would somehow make use of the Mobile Collaboration Laboratory, or the MoCoLab, a university project to turn an Airstream trailer into a roving venue for collaboration. The contest was judged by U.S. Representative Kevin Yoder, Kansas City, Kan., Brandau-Murguia, KU architecture professor Nils Gore and Wally Meyer, director of KU Entrepreneurship Programs.

The groups presented their ideas on how to use the MoCoLab to improve the economic and social conditions for Wyandotte County and Kansas City, Kan. Ideas included turning the trailer into a mobile shop that county high school students could use for construction and landscaping projects, a recruiting office for a program that trains high school students for work in the biomanufacturing industry, and a roving business incubator for the Wyandotte area.

The winning platform, developed by KU students Emma Murano, Brandon Wood and Kent DiasAbeygunawardena, would incorporate the MoCoLab into a social startup called “ShareStream,” a “mobile platform for first impressions,” as they described it. ShareStream would help small businesses in Wyandotte reach new markets around the Kansas City area via the MoCoLab.