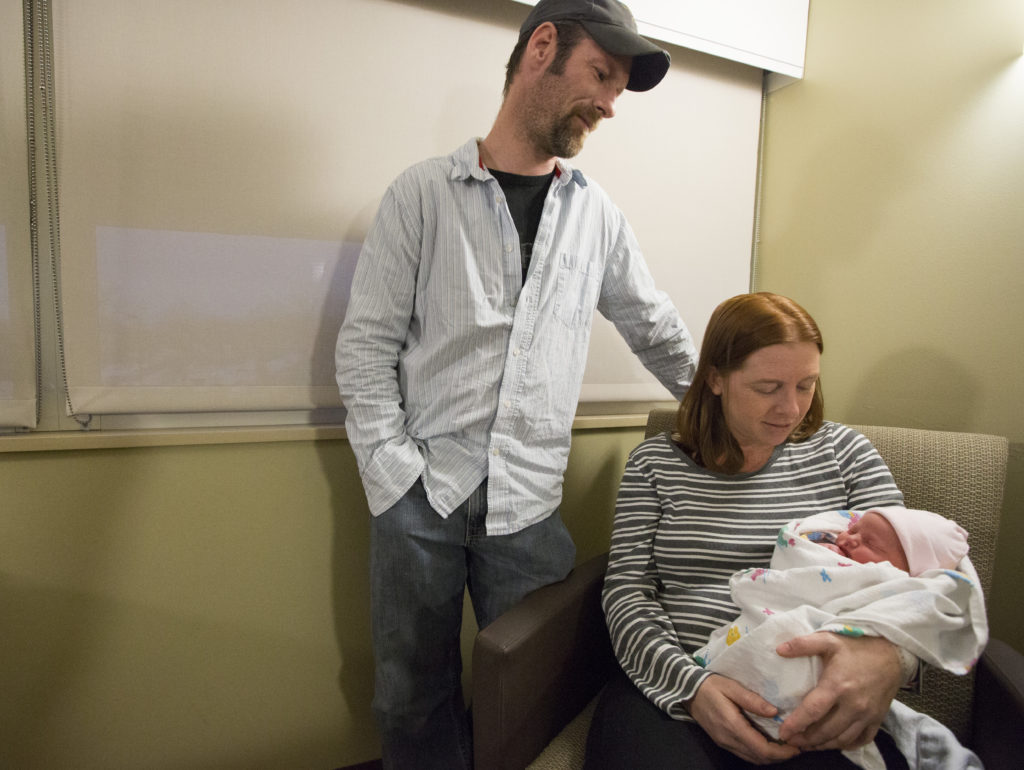 Maurice and Marjorie Baker look with their newborn daughter, Alexis, in their room at Lawrence Memorial Hospital on Tuesday. Alexis, born at 2:51 a.m. Tuesday, was the first baby of 2013 in Lawrence. 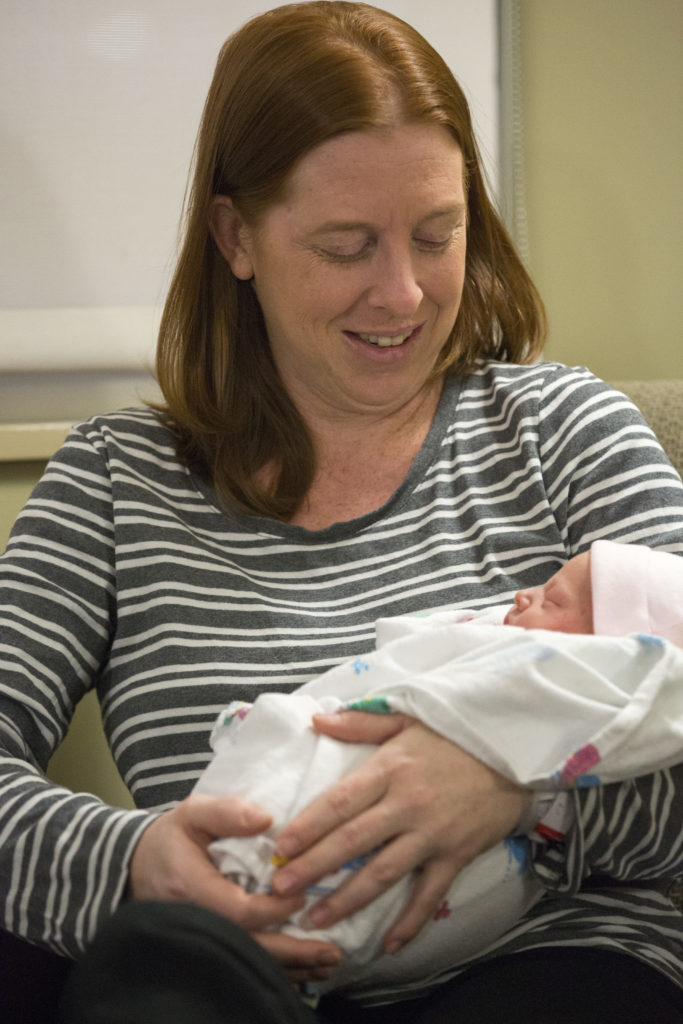 Marjorie Baker holds newborn daughter Alexis in her room at Lawrence Memorial Hospital on Tuesday. Alexis, born at 2:51 a.m., was the first baby born in Lawrence in 2013.

While some were still out celebrating the New Year, Marjorie and Maurice Baker of Lawrence were celebrating a new addition to their family.

“It’s the first Jayhawk born this year, so I like it,” husband and father Maurice Baker said. “No one will ever forget her birthday.”

Marjorie was excited to have the first 2013 baby at Lawrence Memorial Hospital, but noted, “I really didn’t care as long as she was healthy.”

Marjorie said the labor was relatively easy, and mother and child, who weighed in at 6 pounds 15 ounces, looked the picture of health Tuesday evening.

“She’s a content little thing,” Marjorie said, as she held the sleeping Alexis. “It takes quite a bit to get her mad.”

This is the second child for the Bakers, who had their son, Tristan, 12 years ago.

However, this time around the couple is getting a little extra pampering.

Because of her well-timed birthday, Alexis becomes Lawrence radio station KLWN’s 61st Baby of the Year. The station has been participating in the annual event since 1952.

Plenty of prizes come with the title, including a car seat from the Douglas County Safe Kids Coalition, a case of baby food from Checkers Foods, a savings bond from U.S. Bank and even some roses for Mom from Owens Flower Shop.

Maurice also pointed out that the radio station’s first baby of the year was born in 1952, the same year the Kansas men’s basketball team won a national championship. He was hoping his daughter might help this year’s team repeat the performance.

“I’d trade all those gifts for a championship,” he joked.