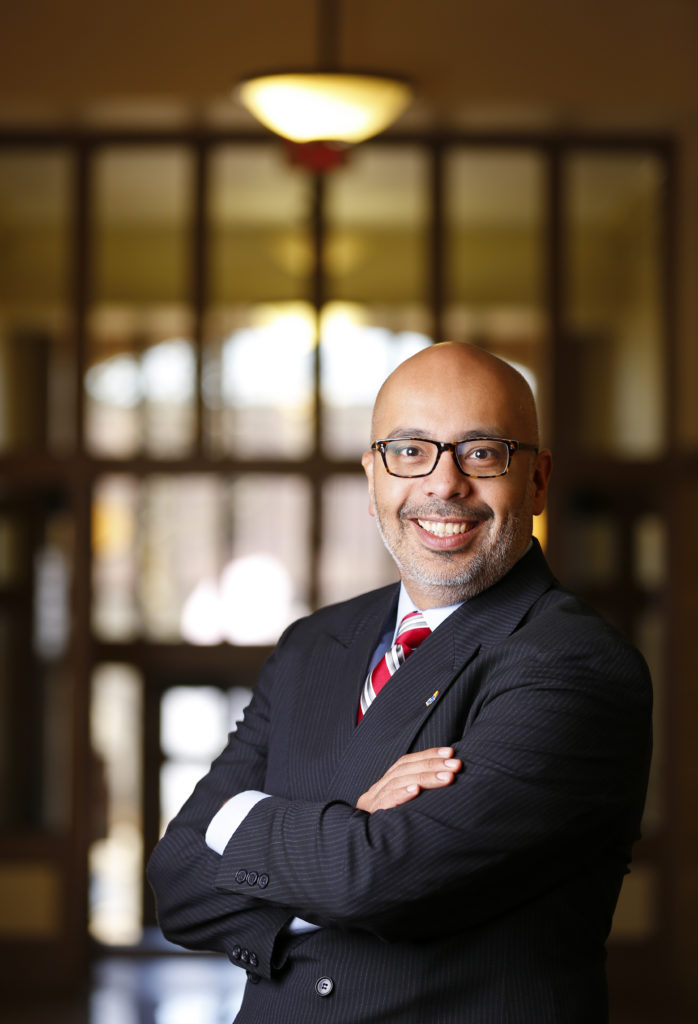 John Augusto is the new director for Kansas University's Center for Undergraduate Research.

When senior Jennifer Geller walked into the Basilica of Sant’Ambrogio in Milan, Italy, in March, it was an accumulation of a year of proposals, research and planning. Geller received a $1,000 grant from the Kansas University Center for Undergraduate Research to help her with her research on Medieval Christian shrines and the relationship between altars and tombs.

Geller is one of many undergraduate students at KU taking advantage of the resources available through the Center for Undergraduate Research, which was started last September.

“The center is part of an effort by a group of people looking to improve undergraduate research at KU,” said John Augusto, the center’s director.

The center supports students and faculty in conducting undergraduate research by offering grants, information, mentorships and workshops. Augusto said the center’s main purpose is to generate interest with undergraduate students and let them know that just because they aren’t in graduate school or working toward an advanced degree doesn’t mean they can’t conduct their own original research.

“I think a lot of students are hesitant because they don’t know anything, but for a lot of professors that’s a good thing,” associate professor Jennifer Gleason said.

Gleason supervises undergraduate and graduate students in her lab, which focuses on evolutionary behavioral genetics. She said that even if a student isn’t experienced in research or hasn’t taken many classes yet, it is still beneficial to find work in a research lab. Students often will learn in a lab what they’ll learn in classes.

Augusto said another goal of the center is to have students in departments other than science get involved with research. Geller said she had a friend who received a grant from the center and that’s how she got the idea to continue her Christian shrine research and apply for her own.

After Geller finished her research, she, like other students involved with the center, presented at the Undergraduate Research Symposium in April.

Something else the university is struggling to measure: how the center has attracted more students to participate. Because the center is still fairly new, Augusto said it is hard to tell if there has been an increase in the number of students doing undergraduate research, but he hopes that as students become aware of the available resources, they’ll begin to ask how to get involved.

“We want to be a lighthouse to support them,” Augusto said.