The Spencer Museum of Art’s internship program has proved to be a launching pad for successful careers from coast to coast. Some former interns give face-to-face tours and others work behind the scenes, but their common goal is connecting people and art.

“They have become leaders in the fields of art, museums, archives and community-building,” Spencer Museum Director Saralyn Reece Hardy said. “I am so proud to be affiliated with the many scholars and artists who think of the Spencer Museum as a pivotal experience in their professional life.”

Reece Hardy said working as an intern at the Spencer “foreshadows the blend of conceptual and practical experience required in museums,” making it the perfect springboard for scholars whose work will live in the public domain.

Here are five former interns — just a few of many — at work in each of the major regions of the United States: 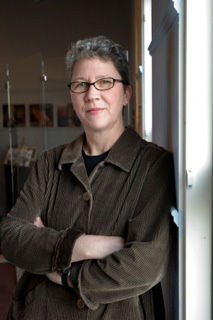 Leading the Columbia Pacific Heritage Museum at the mouth of the Columbia River in the town of Ilwaco, Wash. — population 800 — is Betsy Millard’s “retirement job.”

She and her late husband summered on the peninsula and began building a house there, where Millard moved after retiring as director of the Contemporary Art Museum of St. Louis. Millard said it wasn’t long before she “got bored” with retirement and answered an ad she saw in the paper for the position at the local museum.

In St. Louis, she’d helped guide the Contemporary Art Museum out of a small storefront and into its present 25,000-square-foot space and status as a destination for high-level contemporary art exhibitions from around the world. Prior to that job, she worked at the St. Louis Art Museum and at the Walker Arts Center in Minneapolis. Strangely, Millard said, the tiny museum in Ilwaco already had the thing leaders eternally search for at larger museums.

“We always struggled with, ‘What is the relevance of our institution to the community, and how can we better connect?'” she said. “I came here, and it was all here. No other place that I’ve ever been has the museum been such an integral part of its community.”

From its grassroots founding to its current status as a home for events from weddings to bridge clubs, the Columbia Pacific Heritage Museum is part of Ilwaco’s everyday life — albeit with more professional exhibits since Millard’s arrival.

Millard earned a master of arts in art history in 1984, preceded by a bachelor of arts degree in art history. At the Spencer she worked as a security monitor and bookstore attendant before her internship in the print room.

Helping handle the Spencer’s Esquire Collection, including its famous pinup prints, as works arrived is a favorite memory for Millard because those prints influenced so many later artists. 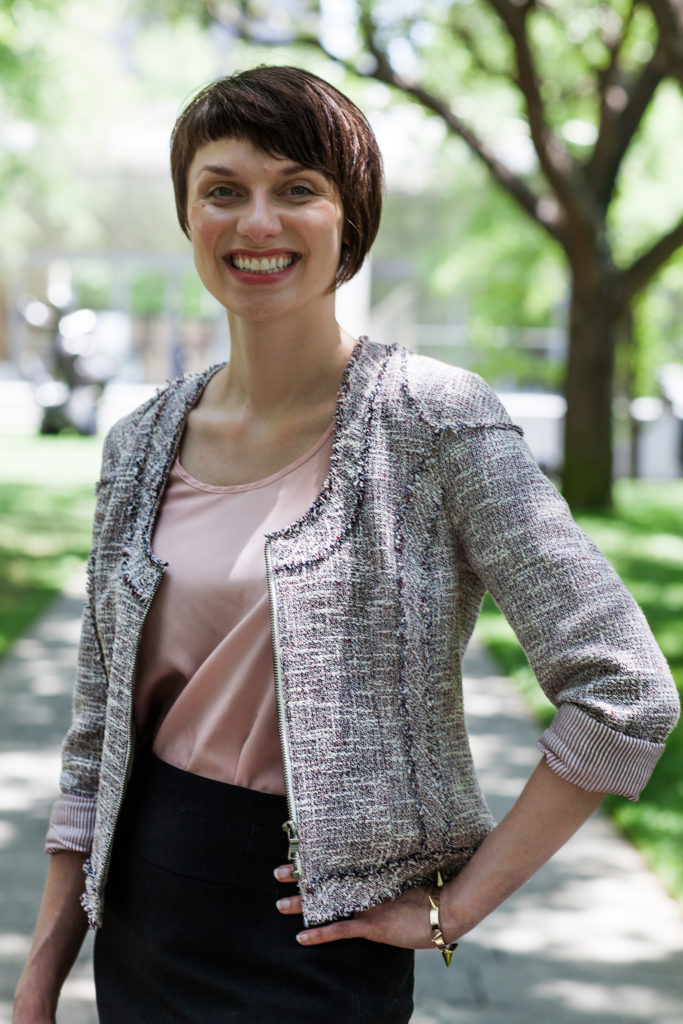 When a young girl visiting the Nasher Sculpture Center from an inner city school pulled Anna Smith aside to tell her, “This is so beautiful it makes my stomach hurt,” Smith knew it was a good sign.

As curator of education at the center, her job is to be a “touchpoint” between people and art — people of all ages and familiarity levels with art, and art that isn’t easy for everyone to relate to.

“The beautiful thing is that in many cases the education department at the Nasher is the first point of contact, for some people, with modern and contemporary art,” Smith said.

Her internship in the Spencer’s education department was a “great entry point” for working with many types of visitors, she said. At the Nasher, Smith oversees preschool and family programs, gives tours and organizes lectures by international artists.

The Nasher’s sculptures can be challenging and deep, she said, but she hopes to convince visitors they have nothing to fear. Their thoughts and feelings when they look at the work are valid, she said, and hopefully their experiences at the Nasher will inspire them to pursue future encounters with art. 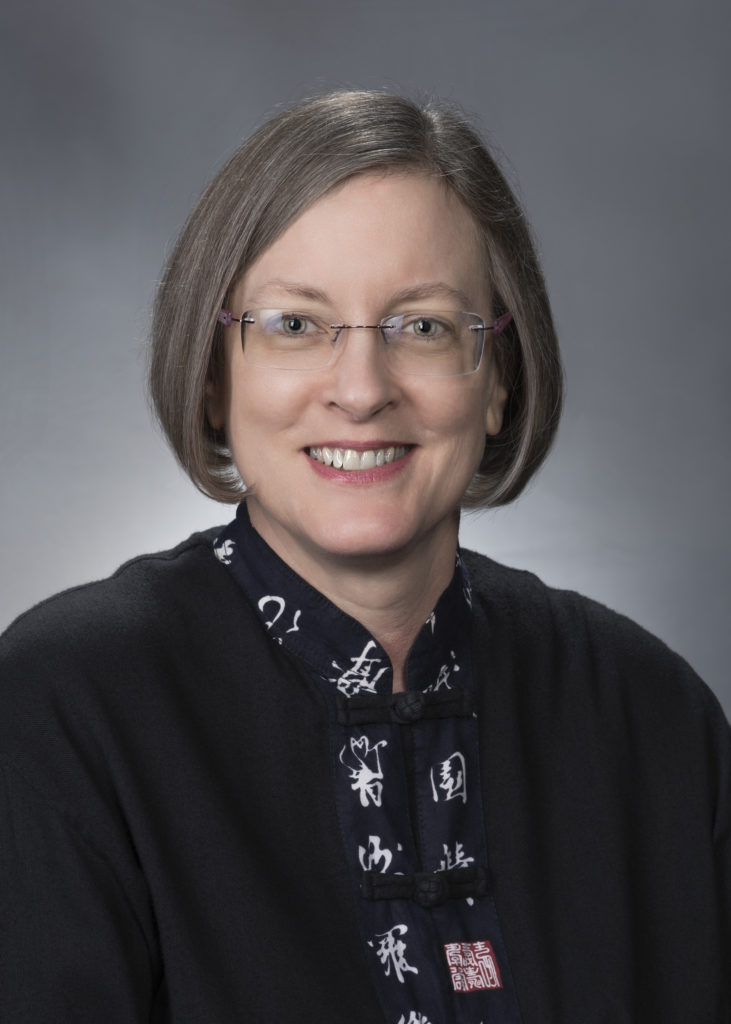 One could visit the Nelson-Atkins dozens of times and never catch a glimpse of Ann Erbacher.

As the museum’s chief registrar, her duties are primarily behind-the-scenes but practically omnipresent. Erbacher and her department maintain records for the roughly 35,000 artworks in the museum’s collection, administer incoming and outgoing artwork loans, oversee the fine arts insurance policy and make shipping arrangements for priceless works of art — which usually require custom-built crates and sometimes even couriers to accompany works to their destinations in person.

“It’s very detail-oriented,” Erbacher said. “We have to be extremely careful.”

Erbacher got a bachelor of fine arts degree in jewelry and silversmithing design in 1981. She decided her undergraduate work was unlikely to turn into a career and pursued her master’s degree in art history, which she completed in 1984.

As an intern she worked in the Spencer’s registration department, where she said duties seemed to fit her nature of being “obsessed with details.” At the Nelson-Atkins, Erbacher said a favorite project has been redoing the museum’s collections management policies and procedures.

“It’s absolutely critical to know what you have and where it is,” she said. “We have to be accountable to the public for the works in our care, so the registrar’s function is essential.” 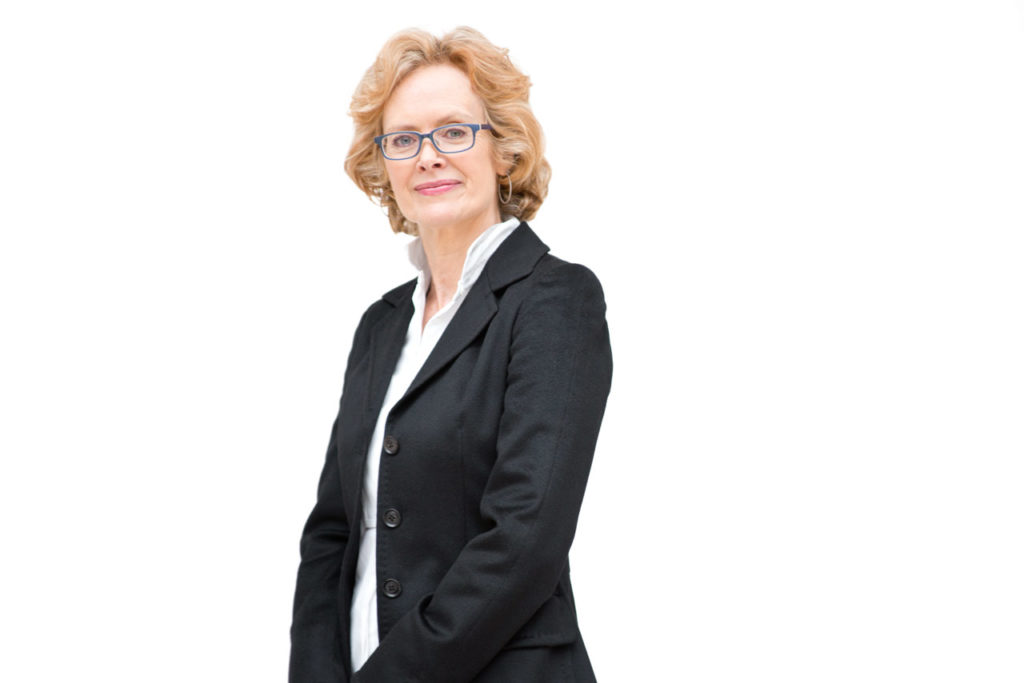 Marla Prather, Modern Art curator at the Metropolitan Museum of Art, poses for a portrait to be used on 82nd and 5th, a web feature. © 2013 MMA, photographed by Jackie Neale Chadwick.

Even to the experts who work within, the Metropolitan Museum of Art is “a universe unto itself,” said Marla Prather, a curator in the Met’s department of modern and contemporary art.

Not only does Prather speak to the public, give tours, communicate with artists and engage directly with works of art every day, being in the museum is like an endless education for her, too. The Met’s collection has such “incredible breadth and depth that, in a way, you just can never get to the end of it,” Prather said. “It’s a constant learning experience.”

Recent exhibitions she’s worked on include “Regarding Warhol: Sixty Artists, Fifty Years” in 2012 and “Ken Price Sculpture: A Retrospective,” which opened at the Met in June after traveling to Los Angeles and Dallas. Prather called Price, a contemporary sculptor, a lesser-known artist who should be “a brighter star on our radar screen.”

The hands-on experience she got in Lawrence was invaluable, Prather said.

“The Spencer was the first time that I was really able to be taught from original works of art, and also to teach from them, whether it was in the print department or with paintings on the wall,” she said. “University art museums are really, really important for that reason.” 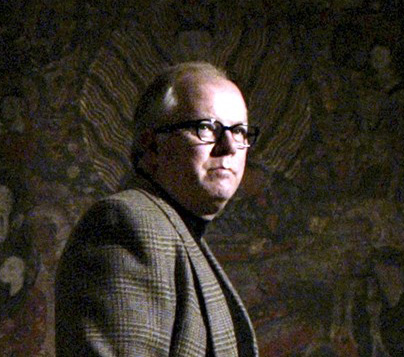 Attending public schools where he grew up in Ohio, Don Wood’s education didn’t focus much on Asia, he said.

In college, that changed. He took classes in Asian art, spent his junior year in Japan and later returned to Asia, where he spent a few years in Japan and also lived in Taiwan and worked at the National Palace Museum.

For the past 26 years he’s worked at the Birmingham Museum of Art, where he’s in charge of the Asian art department.

“We have the largest and most complete collection of Asian art in the southeast United States,” Wood said. “You name it, we have it.”

Wood said studying and working at the Spencer enabled him to work with “amazing” Asian art collections there and through partnerships with the Nelson-Atkins Museum in Kansas City.

His internship in the Spencer registrar’s department allowed him hands-on access to art, which continues to be a favorite aspect of his work.

“I love the objects, that’s why I went into the museum field,” Wood said. “I love the stories behind them and being able to share those stories with people.”