The science of college fandom might help schools boost fundraising 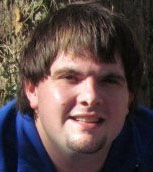 Jordan Bass is an assistant professor of Health, Sport and Exercise Sciences and executive director of the Laboratory for the Study of Sport Management. Photo courtesy of Jordan Bass.

Jordan Bass had some Jayhawk in him long before he came to Kansas University this summer as an assistant professor.

Bass shared a love of Kansas basketball with his grandfather. On games days when the team was playing exclusively on Jayhawk TV, Bass would call his grandfather for updates. One year his grandpa sent him a newspaper spread with profiles of all the team members, which Bass still keeps in a desk drawer.

People build attachment and a sense of belonging to colleges for all sorts of reasons, sports certainly among them. Bass, an assistant professor in Health, Sport and Exercise Sciences, is conducting research aimed at understanding those reasons and modeling how they can be used to predict a person’s willingness to donate to a college or university.

In an era of federal and state budget tightening, and amid calls by many to tighten budgets further and to slow the growth of tuition, the ability of colleges to raise funds through private donors could be critical to fulfilling their role as community and educational institutions.

The notion of belonging, of identification, provided the broader framework for Bass’ dissertation research at Florida State University, part of which was published earlier this year in the Journal of Contemporary Athletics.

As Bass notes, identification can explain why people say “We won!” after a college team wins a game, when they played no role in the game to speak of. It’s also why people shout “Rock Chalk!” to strangers wearing KU gear in faraway airports.

Colleges and universities, Bass contends, are fundamentally different from other sorts of organizations. “KU is different from Microsoft or Amazon because you have this identifiable thing that competes,” he said.

That competitive entity might be a basketball team or a volleyball team. It could also be an academic department. Bass wears a Florida State class ring, but his love of the school goes well beyond the Seminoles.

“I’m really attached to Florida State. Not so much because of athletics, but because I enjoyed my time in the School of Education,” Bass said.

The model Bass works with partly stems from behavioral and cognitive research aimed at understanding consumer behavior. And there’s a reason for that. Bass hopes his research ultimately can help universities raise money.

He largely has in mind small schools like his own alma mater, the University of the Ozarks in Clarksville, Ark. Smaller schools don’t have large, well-oiled fundraising operations for their athletic and academic programs like a large school such as, say, KU does.

“Smaller colleges have opportunities that they lack the resources to capitalize on,” Bass said. His hope is to give those small colleges low-cost tools to get the most from their fans and alumni networks.

University fundraising could get a boost from big data and more targeted communication campaigns. Putting together a scientific, data-based model that tries to anticipate the propensity of alumni to give could help small schools survive and thrive, both in academics and athletics. Basing fundraising strategies on the latest behavioral and cognitive research, combined with personal data on potential donors, could help even the KUs of the world bring in additional funds.

Understanding why people talk and think in the first person plural when referring to a school can also help schools recruit new students. As Bass’ research notes, the proudest alumni make for some of the most energetic and effective recruiters. A bonus: A school doesn’t have to pay alumni to boast about their alma mater to friends.