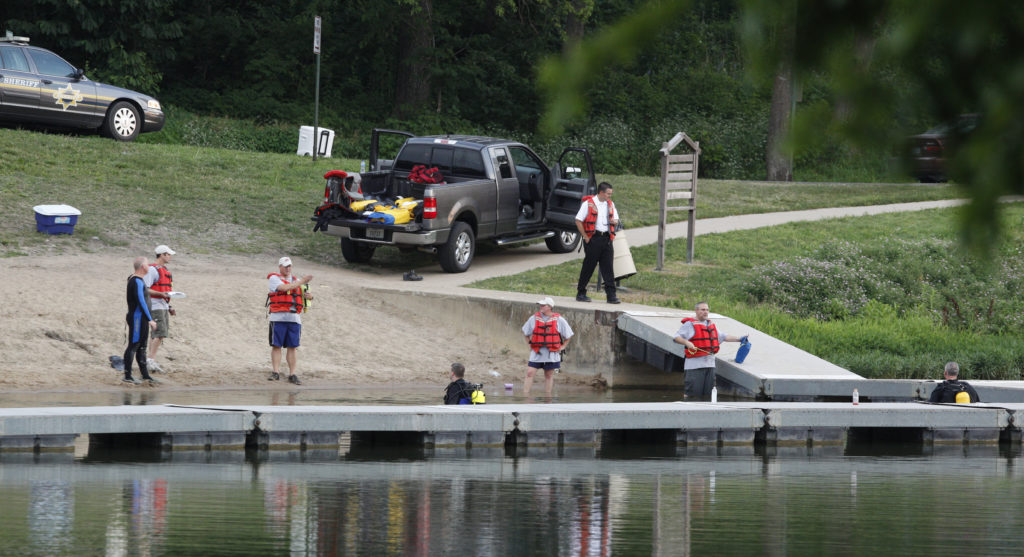 Douglas County Underwater Search and Recovery Team members search the swim beach area at Lone Star Lake for a missing seven-year-old Kansas City, Mo. boy on Saturday, June 2, 2011. The crew suspended their search for the night due to darkness and will resume at first light on Sunday. 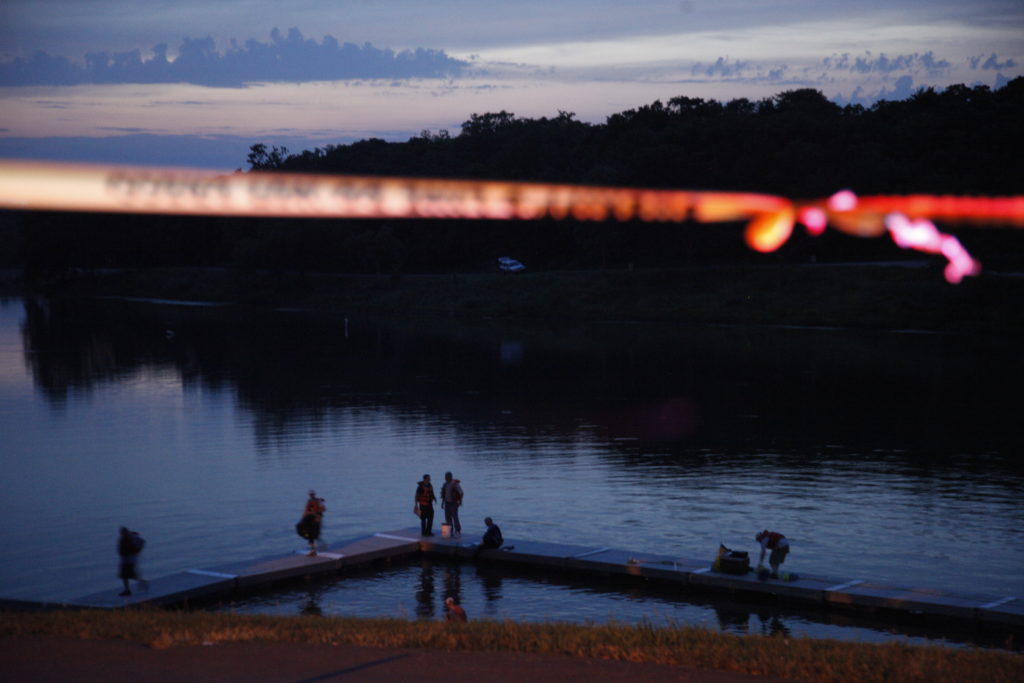 Douglas County Underwater Search and Recovery Team members search the swim beach area at Lone Star Lake for a missing 7-year-old Kansas City, Mo., boy on Saturday, June 2, 2011. The crew suspended their search for the night due to darkness. They found the boy's body on Sunday.

Note: This story has been updated.

A Douglas County underwater search and recovery team planned to resume a search at Lone Star Lake for a 7-year-old Kansas City, Mo., boy at first light Sunday after being unable to find him Saturday evening.

Sgt. Steve Lewis, a Douglas County Sheriff’s spokesman, said witnesses had reported last seeing the boy swimming in the beach area in the afternoon, but he was reported missing and officers were called to the county lake southwest of Lawrence at 3:50 p.m.

Officers later roped off the swimming beach near the campground and called in the underwater team, which arrived at 6:40 p.m. and began searching water around a dock that separates shallow water near the beach from the rest of the lake to the north, Lewis said.

Rylan Adams, a 12-year-old Atchison boy at the lake with his family, said the atmosphere changed drastically at the lake in a few minutes Saturday afternoon from a fun holiday weekend into a stressful search for the missing boy. Rylan said he was playing in the water inside the dock, and he saw the boy who was later reported missing splashing in the water as well. Rylan didn’t know the boy.

“He didn’t go farther than his chest because he couldn’t really swim,” he said.

Rylan said about 10 minutes later he heard an adult ask where the boy was. He looked and didn’t see the boy in the water any more. Within minutes several adults began searching around the beach area before calling law enforcement.

“We all looked around here,” Rylan said. “He’s really young, and I wanted to help.”

Lewis said the sheriff’s office had called a chaplain to help the boy’s parents during the search.

“Our thoughts and prayers are with the family,” he said.

He also said looking for a missing child can be difficult on law enforcement and medical personnel.

“It’s definitely significantly hard on the family and friends, but it’s also tough on first responders, especially when it’s a child,” he said.

Lewis said the underwater team planned to resume its search Sunday morning, and the sheriff’s office was hoping to be able to use a boat with side-reading sonar to assist in the search.