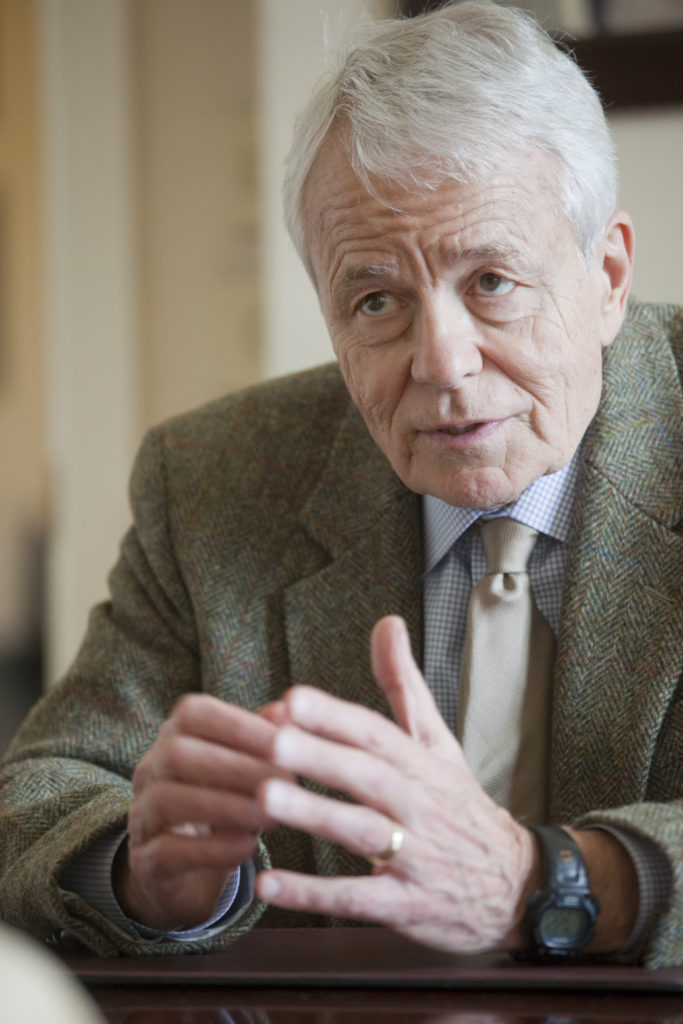 John S. Carroll, recipient of the 2011 William Allen White Foundation’s national citation, is a former editor of The Los Angeles Times, The Baltimore Sun and the Lexington (Ky.) Herald-Leader.

John S. Carroll is a former editor of the Los Angeles Times, Baltimore Sun and Lexington Herald-Leader. He is scheduled to receive the William Allen White Foundation’s national citation this afternoon.

In an interview on Thursday, he said it’s important — particularly in the times we live in — for journalists, one, to think about their fundamental beliefs, and, two, to be able to clearly state why they’re doing what they do every day.

“Journalistic ideology has weakened over the last couple of generations,” he said.

Today, he’s living in Lexington, Ky., with his wife and working on a book and remains involved with a number of nonprofits.

One such nonprofit, the News Literacy Project, seeks to help middle and high school students understand the difference between good and bad information online.

One story in particular that stood out when looking back was one that exposed how Philadelphia police detectives were beating suspects to get confessions.

He oversaw two journalists, Bill Marimow and Jonathan Neumann, who did the reporting for the Philadelphia Inquirer that earned a Pulitzer Prize.

The work led to a reversal of a homicide conviction and to a federal investigation.

He said it was particularly satisfying as a young editor to contribute to work that had an impact on the world.

“When you go to work, you want it to mean something bigger than a means of entertaining yourself and getting a paycheck,” he said.

Carroll would go on to be involved in many more award-winning stories. The Los Angeles Times won 13 Pulitzer Prizes during his tenure as editor, and coverage he directed earned Pulitzers at The Baltimore Sun and the Lexington Herald-Leader.

He said he was honored to be named the recipient of this year’s annual award from the William Allen White Foundation.

“I was thrilled,” Carroll said. “I was especially thrilled when I read the list of people who have received it in the past.”

The list includes a number of his bosses who taught him the craft of journalism, he said, and were people he admired and looked up to throughout his career.

“I never really considered myself as a peer of theirs,” he said. “I still don’t.”