Attorney: Fraternity has not changed in wake of Jason Wren’s death 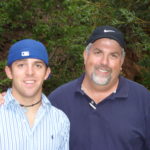 Jason Wren with his father, Jay.

An attorney for the parents of Jason Wren, a Kansas University student who died in 2009 from alcohol poisoning, alleges a KU fraternity has not changed its conduct toward underage drinking since Wren’s death.

Attorney Stephen Gorny, in a recent filing in the wrongful death suit, alleges “future possible harm to other victims is likely” based on an alcohol violation the fraternity committed in April 2010, a year after Wren’s death and six days before an underage drinking educational seminar on campus called the Jason Wren Initiative.

But Michael Seck, an attorney for the Sigma Alpha Epsilon fraternity, said Gorny cannot use incidents that occurred after Wren’s death as evidence to seek punitive damages in the suit and that the chapter expelled nearly two dozen active members from the house after the April 2010 alcohol violation.

Wren, a 19-year-old KU freshman from Littleton, Colo., was found dead March 8, 2009, at the SAE house, 1301 W. Campus Road, after a night of heavy drinking. His death was one event that put a spotlight on underage drinking on the KU campus.

In the lawsuit, Wren’s family alleges fraternity members failed to seek medical help for their son despite his intoxication and a head injury. Wren had used a fake ID earlier in the night to drink alcohol at a restaurant. He then continued to drink beer and liquor later at the chapter house, according to the suit.

Wren was living there as a pledge after he violated KU’s alcohol policy and was no longer allowed to live in a KU residence hall. According to the autopsy, Wren’s blood-alcohol content was 0.362 percent, more than four times the legal limit to drive in Kansas.

Gorny said Wren’s family should be able to seek punitive damages in addition to actual damages in the case.

“Plaintiffs learned that defendants acted in a wanton manner with the complete disregard for the safety and well-being of Jason Wren prior to his death,” Gorny wrote. “Additionally, the defendants have continued a pattern of disregarding and failing to enforce fraternity rules and regulations and state law regarding alcohol consumption since Jason Wren’s death.”

Defendants in the case are the SAE Fraternal Association, Kansas Alpha House Corp., the SAE Fraternity and 10 chapter members, who are each identified as John Doe.

In his motion, Gorny claims a national fraternity spokesman publicly said SAE closed its internal investigation into Wren’s death after finding no criminal actions or negligence and calling it an “unfortunate, isolated incident.”

But Gorny cites documents and a deposition of Frank Ginocchio, general counsel for the national fraternity, that the investigation into Wren’s death showed numerous violations of risk management rules regarding underage drinking and “providing alcohol to a visibly intoxicated member.”

The Kansas chapter was required to pay an increased risk management premium and encouraged to implement at least a one-semester ban on alcohol in the chapter house, according to Gorny’s motion.

Gorny wrote that Ginocchio said president John Stacy and other members of the housing corporation, which owns the chapter house, twice decided against a recommendation to ban alcohol in the chapter house “in part because it was too harsh of a punishment and out of concern that the collegiate members would chose to rent another property and the housing corporation would lose its tenants.”

In his response, Seck, an attorney for the defendants, opposes Gorny’s motion for Wren’s family to seek punitive damages, saying state law does not allow it in a wrongful death suit.

After his son’s death, Jay Wren was a vocal critic of underage drinking, and after filing the suit, Gorny said the family was disappointed the fraternity did not take more steps on the issue.

In his recent motion, Gorny said documents show the national fraternity found the local SAE chapter committed an alcohol violation on April 10, 2010, by purchasing alcohol, including vodka, with chapter funds and provided it to pledges. The alcohol violation occurred six days before the fraternity and other organizations hosted an underage drinking seminar on campus, known as The Jason Wren Initiative.

“It’s tragic that it’s continuing to happen in that very same house,” Gorny said in an interview.

Seck said he does not discuss litigation with the media, but in his response to Gorny’s motion he wrote any behavior after the incident is “irrelevant to the mind-state” of defendants prior to the alleged conduct that caused Wren’s death and that the fraternity took proper disciplinary measures.

“The plaintiff cannot use events that occurred after the incident as a basis for punitive damages on the current claim,” Seck wrote. “The fact is, after the April 10, 2010, violation — which occurred after the Wren incident — 22 active members were expelled from the house.”

SAE members have spoken out before saying the chapter has changed since Wren’s death. Jeffrey Wilson, a KU senior and SAE member, wrote in an Oct. 27 letter published in the University Daily Kansan that in addition to enforcing existing rules on underage drinking, hard liquor is prohibited on the property and beer can only be consumed by members who are 21 or older.

A status conference in the Wren lawsuit with Douglas County District Judge Michael Malone is scheduled for 10:30 a.m. Wednesday. The trial is scheduled to begin April 25.

Among issues expected to be taken up in court Wednesday, Gorny is asking Malone for more time for the plaintiff to disclose expert witnesses in the case and conduct other depositions. He said the process has taken longer than originally thought due to other circumstances.

He also filed a motion to remove Mary Wren as a plaintiff and make Jay Wren the only one in the case.