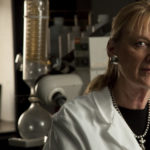 Kansas University professor of medicinal chemistry Barbara Timmermann is pictured Dec. 18 in Malott Hall. Timmermann would like to develop a garden at the new pharmacy building on KU’s West Campus for cultivating medicinal plants. She is also working with Kansas Biological Survey ethnobotanist Kelly Kindscher on a million project to determine the medicinal value of more than 150 species of plants.

The distinguished professor of medicinal chemistry at Kansas University sees deep inside their atomic substructures, where she finds complex chemical compounds that may offer lifesaving cures.

Plants and their medicinal value will be increasingly in focus in the coming years at KU, as Timmermann, along with the Kansas Biological Survey’s Kelly Kindscher, will be collecting and studying plants of the prairie as part of a five-year, $5 million project funded by the Kansas Bioscience Authority.

They’ll also be partnering to provide a garden outside the KU School of Pharmacy’s new West Campus building that will be home to a variety of medicinal plants.

The study will allow Kindscher, an ethnobotanist, to collect and cultivate native plants, while Timmermann helps screen them for potential chemical uses.

Plants have provided the ideas for many synthetic drugs, including nearly all painkillers, Kindscher said.

“There’s still a natural origin for many, if not most, of our drugs today,” he said.

Kindscher and Timmermann will be screening more than 150 different species of plants, looking for anti-inflammatory compounds, painkilling compounds and other nutritional factors like antioxidants.

Compounds found in plants are often far too complicated for humans to create artificially, Timmermann said. That means a chemotherapy drug such as Taxol is still made using clippings from Pacific yew trees, she said.

“Plants are a chemical factory, and each plant makes a different chemical,” she said. “Mother Nature makes chemicals that we here in the lab can’t reproduce.”

Kindscher said there’s a number of possibilities out there. For example, most plants have chemicals that will kill the AIDS virus, but could have potentially damaging side effects.

“Most plants have compounds that can kill most organisms in our bodies,” Kindscher said. “The problem is finding plants that won’t kill human cells.”

Timmermann had the idea for an outdoor garden years ago, but the project was put on hold for years until a potential space arose at the new pharmacy building.

She envisions beds of plants with medicinal value, with flowers such as echinacea — used to treat colds — and other plants like different mints, whose smell alone can have antibacterial properties. There also could be opportunities for the community to get involved with the project as well, she said.

Similar gardens are common in pharmacy schools in Europe, Timmermann said, but she hasn’t seen many in the United States.

The garden could be used for class demonstrations, and as an aesthetically pleasing spot for students and the public, she said. 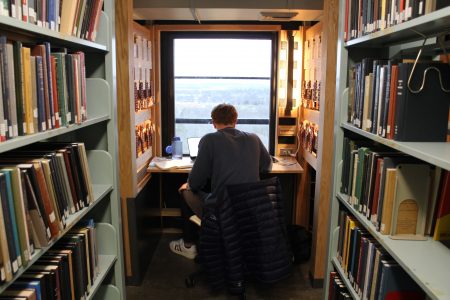