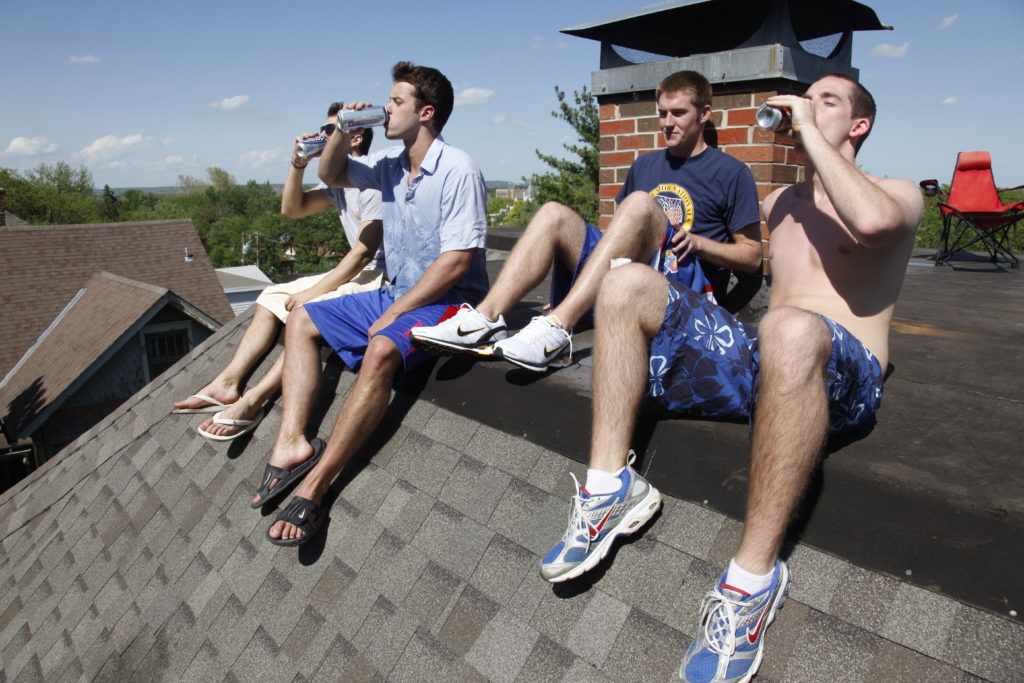 This year, when Marlesa Roney, vice provost for student success, talks to incoming students about Kansas University’s new parental notification law, she gets right to the point.

“I say something to the effect that I anticipate some of them are aware that a student died of alcohol poisoning this spring and we don’t want it to happen again,” Roney said. “I’m really that blunt.”

The student she is referring to is Jason Wren. On March 8, the 19-year-old was found dead inside his Sigma Alpha Epsilon fraternity house after a night of binge drinking.

Wren had been kicked out of a university residence hall just before his death for multiple alcohol violations.

After his death, Wren’s father, Jay, pushed for the university to change the parental notification policy so parents are told when their child has a problem with alcohol or drugs.

“I’m hopeful that in some way his death will make a few people sit up and take notice,” Roney said. “I don’t want to use his memory to do that, and I don’t name him by name, but I think that is an experience on campus that we need to point to and say no we shouldn’t let that ever happen again.” 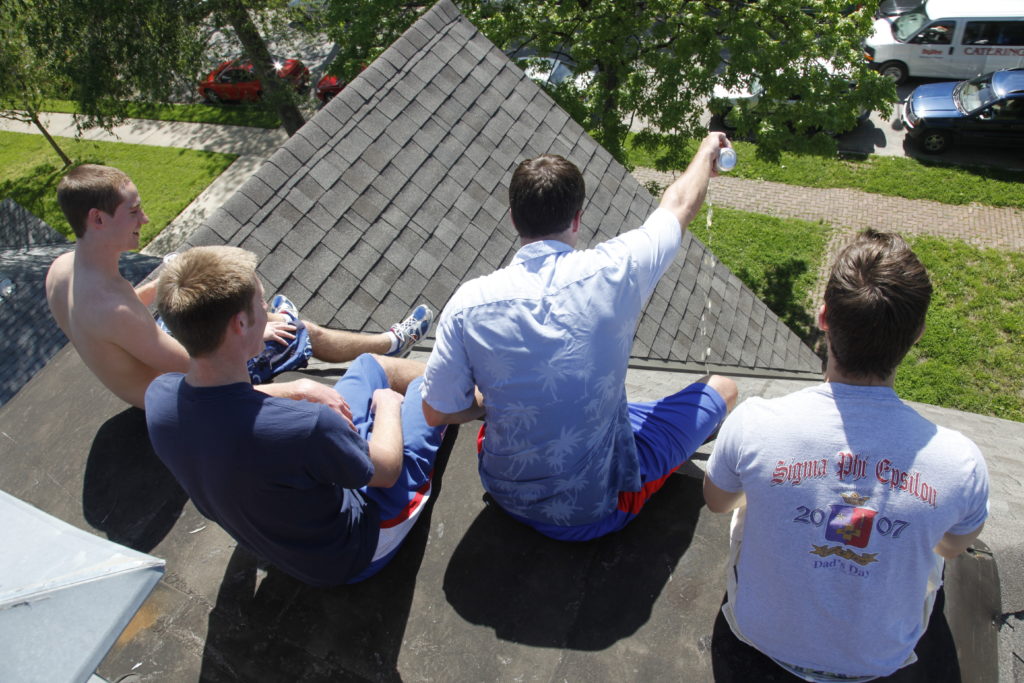 Students sit on a rooftop on campus during Stop Day.

An autopsy report showed Wren had a blood alcohol content that was more than four times the state’s legal limit for operating a motor vehicle.

In the hours leading up to his death, authorities said Wren drank multiple margaritas with friends at a local restaurant, followed by 10 to 12 beers and hard liquor back at the fraternity house.

Then, Dalton Hawkins, 18, was found dead on April 24 after falling off the roof of a scholarship hall. He, too, had been drinking, authorities said.

“It was a very hard semester,” Roney said.

Even before the deaths, a group was studying alcohol use on campus. The deaths fast-tracked the process for putting the group’s recommendations into place.

By the end of the school year, the university announced changes. And more revisions are likely on the way.

Among them is notifying parents when underage students are caught using drugs or violating alcohol policies.

KU Student Senate President Mason Heilman agrees that the university has to make changes. But he does have concerns.

“From our end, it looks like some things are being done just for the sake of saying something is being done,” Heilman said. “We think there needs to be a very measured response to this. It is absolutely an issue, but you can’t do it at the expense of student rights.”

In particular, Heilman is worried the university would change a policy — with little student input — that will allow for staff to enter a residence hall door room without a search warrant.

The current policy, which dates back to the 1970s, often means staff has to wait 24 hours before entering a room where they believe drug or alcohol violations are occurring. The lag time gives students plenty of time to remove evidence.

If a staff member believes violations are occurring on the other side of a locked door, the proposed policy would allow for staff to request to enter twice and then find a senior staff member to open the door.

While Heilman doesn’t have a stance on the actual change in policy, he’s worried the university will make major changes to the KU Code of Student Rights and Responsibilities without any discussion from the students.

“I think there is a temptation to rush all of this and no one benefits from that,” he said.

Incoming Chancellor Bernadette Gray-Little said substance abuse is an issue that should be dealt with openly.

At the University of North Carolina at Chapel Hill, where she was executive vice chancellor and provost, programs focus on education, treatment and prevention. For some, sanctions are applied.

“But those are things that are happening after the fact, and you really want to try to prevent them,” she said. “That’s the only successful way to deal with it.”

Universities have been talking about how to combat alcohol abuse for decades, but Roney said it’s a problem that seems to be getting worse.

“The shift we are beginning to see is an increase in toxic drinking. Not just getting a buzz any more, but it is really drinking to forget, to be out of control,” she said.

The problem affects the city of Lawrence as well.

The city needs to take a look at how citations for minors in possession of alcohol and other underage drinking offenses are handled at the municipal court level, Lawrence Mayor Rob Chestnut said. Chestnut is among those on the university’s newly formed community alcohol coalition.

“My ultimate goal is to see less underage drinking,” he said. “However we get there is going to include a whole host of things. It is going to start with education, but it also has to be coupled with making sure we have enforcement and people have to understand these are offenses we take seriously.”