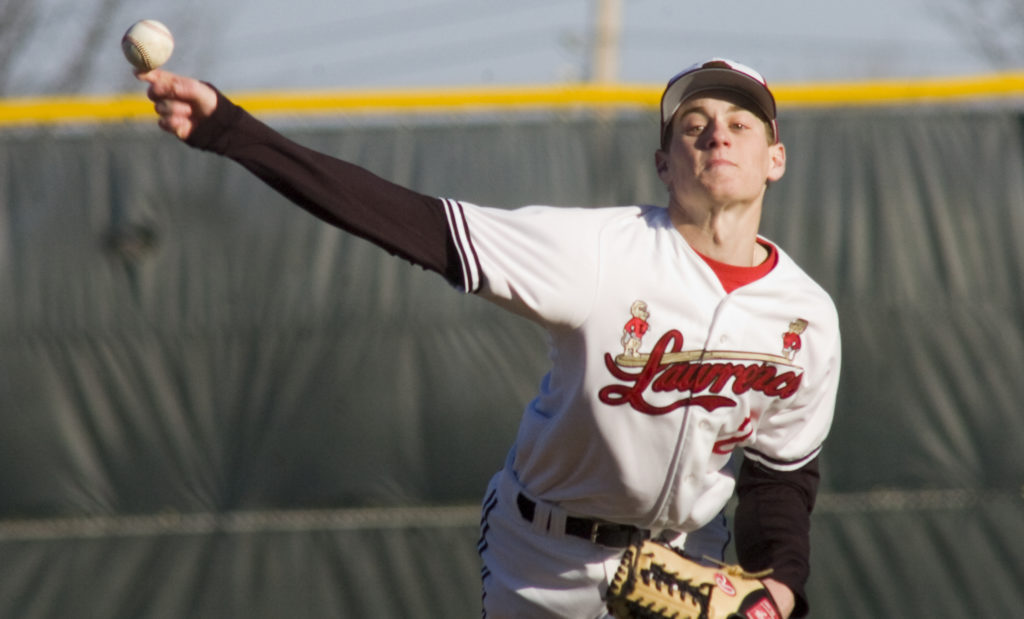 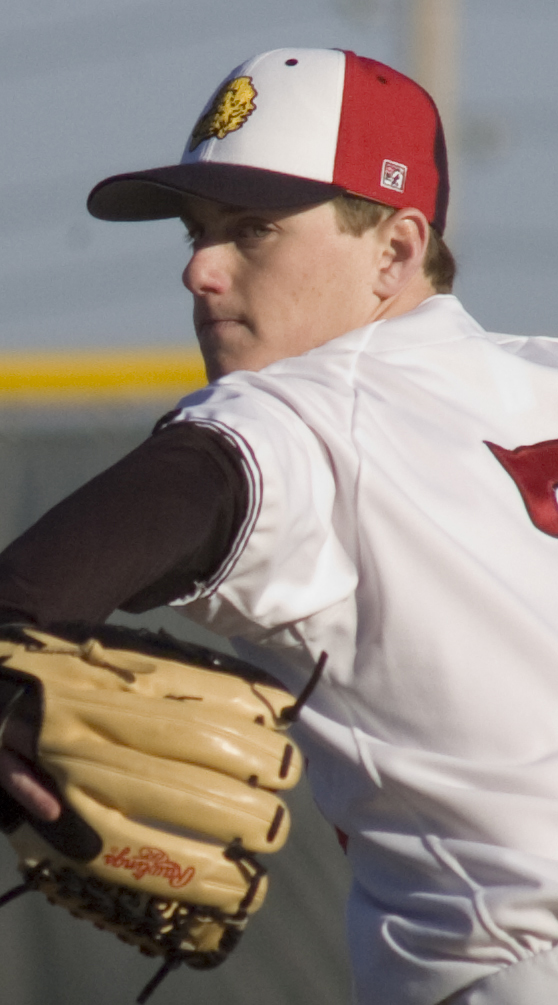 A year ago, Andy Urban’s anxiety on the pitcher’s mound nearly destroyed his ability to play the game he loved.

That’s why it requires more than a glance at his final stat-line from Friday evening — Urban struck out nine while tossing a no-hitter during Lawrence High’s 10-0, five-inning thumping of Shawnee Mission North at Ice Field — to understand just how far away Urban was from this point roughly 365 days ago.

LHS baseball coach Brad Stoll remembers that day well: The day in early April when he witnessed Urban’s pitching meltdown from the bleachers.

It materialized seemingly from nowhere as Urban prepared to face this same SM North team during a junior varsity game. Urban began wildly spraying pitches at the backstop during his pregame bullpen session. And Urban’s performance only worsened once the game began.

He hit the fence. He hit batters. He did everything except throw a strike.

“He couldn’t hit water if he fell out of a boat,” Stoll said. “He was awful. It was the worst thing I’ve ever seen.

“As a coaching staff, we were completely mystified. We didn’t know what to do with the kid.”

The right-hander was so bad that coaches pulled him in the first inning before he could record an out.

Urban had developed a severe case of what is known in sports as “the yips” — a cruel, inexplicable sudden loss of ability to carry out even the most basic of athletic tasks because of a mental block.

For a pitcher in particular, it can spell disaster. The yips afflicted St. Louis Cardinals rising pitching prospect Rick Ankiel so badly in 2000 that Ankiel ultimately was forced to switch positions.

Urban — who possessed a fastball that topped out around 86 mph, as it did during Friday’s victory — could not understand the problem. He stayed up some nights until 1 a.m. just playing catch with his dad to rectify the situation.

A day later, the yips would return. And Urban was scared.

“I couldn’t play catch from 10 feet,” said Urban, now a senior. “I couldn’t do it. The ball was everywhere. It was a mental thing, and I couldn’t beat it.”

But Urban could not — and would not — allow those mind games to get the best of him.

He searched the Internet as last baseball season neared its conclusion and came across Dr. Tom Hanson, a leading authority in sports psychology. Hanson’s credentials include serving as performance enhancement director for the New York Yankees in 2001. He also has worked in a similar capacity for the Texas Rangers, Los Angeles Angels and Minnesota Twins.

Urban dialed Hanson’s phone for help, and not long after, Urban had cultivated one of Hanson’s patented routines.

“You talk positive to yourself, take big deep breaths, tap with your hands on certain parts of your face and body,” Urban said. “It somehow relaxes your mind, relaxes your body.”

Urban followed those steps at home, during bullpen sessions and in the dugout before games.

And slowly, Urban’s confidence returned to the point that he could toe the rubber without worry again.

That never was more evident than on Friday, when Urban’s tranquil approach left him in complete control.

Urban overpowered the Indians, mixing his fastball with a buckling curve, retiring the final 14 batters of the game after two players reached base on a walk and an error in the first. He delivered his pitches effortlessly at the knees, the kind of execution he only could dream about one year ago.

No ball even reached the outfield grass.

“He’s worked incredibly hard,” Stoll said. “It’s a mental thing, and he’s found a way to get through it. It’s been incredible to see him come this far.”

Meanwhile, Urban received plenty of support offensively. Third baseman Clint Pinnick launched a three-run home run to left in the first inning for a 3-0 lead that grew to 7-0 by the end of the second. The Lions (2-2) punched three more runs across in the bottom of the fifth to enact the 10-run mercy rule with Urban sitting in the dugout.

After he’d received congratulatory hugs and high-fives from teammates, Urban seemed short on words to describe his joy.

Friday was the culmination of a very long year.