Shaun Hittle - Special to the Journal-World 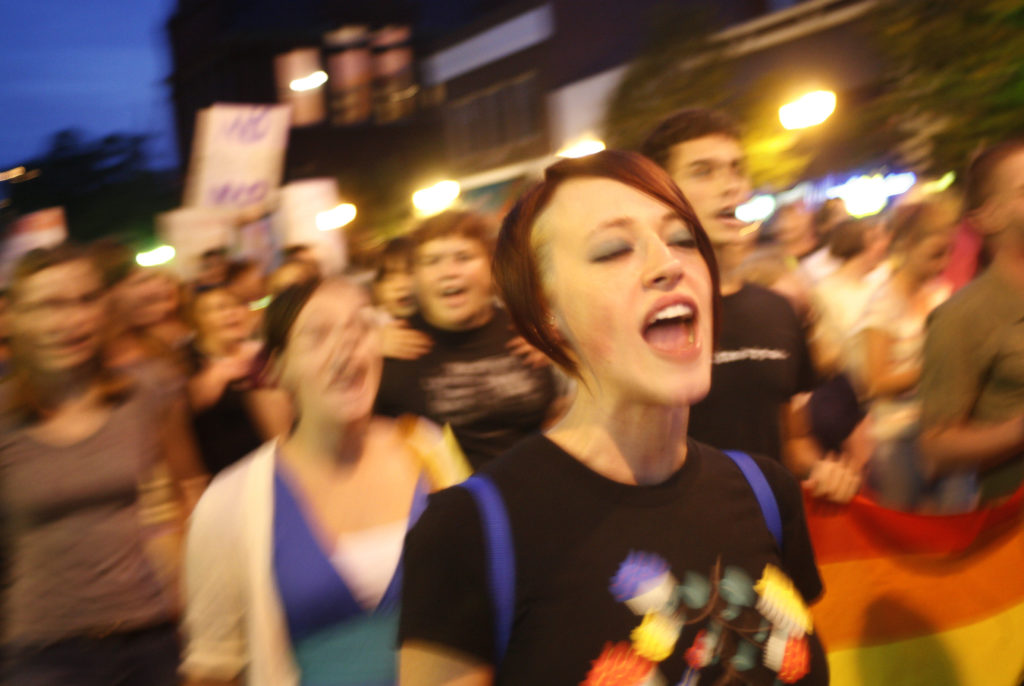 Susan Burke, of Lawrence, chants while marching down Massachusetts Street on Thursday during the Take Back the Night rally. The gathering is an annual event that raises awareness about domestic violence and sexual assault. 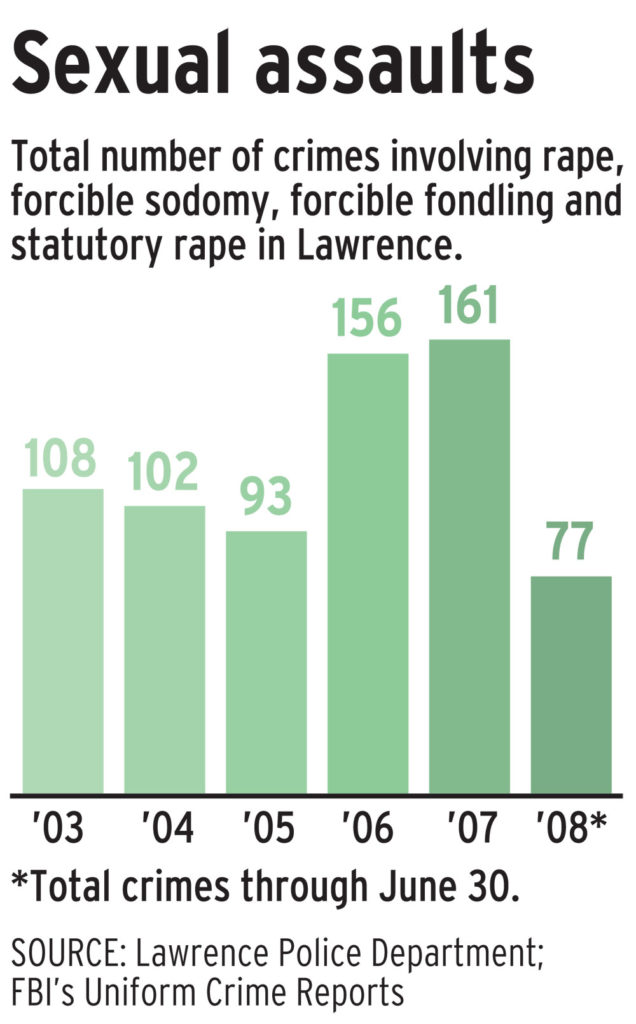 It’s been a hard, painful journey for Christie and Curt Brungardt.

When their daughter, Kansas University law student Jana Mackey, was killed by her former boyfriend in July, they were victims. After the initial shock of Jana’s death, they became survivors. And Friday night, during the Take Back the Night event in South Park, they became advocates.

The Brungardts spoke to about 200 community members at the annual event aimed at bringing awareness to the issues of domestic violence and sexual assault.

The gathering featured informational booths by community organizations that combat violence in the area, like the Clothesline Project. Attendees at the event designed T-shirts, describing personal experiences with sexual assault and violence, which were added to the more than 200 collected by Women’s Transitional Care Services from victims of abuse.

And while the atmosphere at the event was festive – music, cotton candy, kids playing – the stories told by survivors of abuse were powerful and emotional.

The Brungardts talked about the important work their daughter had done as an advocate for women’s rights, work they said needs to be continued.

“Jana had done her part,” Christie Brungardt said. “What are we going to do?”

The Brungardts have launched a Web site, 1100torches.org, in honor of their daughter and her work as an advocate. The site provides options for those interested in getting involved in addressing violence.

Event speaker Kathleen Wilkinson, who said she had been abused for 15 years, urged victims of violence to speak up.

“We keep this hidden,” Wilkinson said, adding that agencies, including event sponsor WTCS, are there to help victims of violence when a way out doesn’t seem possible.

Gretchen Auten, a WTCS employee, reminded attendees that domestic violence and sexual assault are something that can happen to anyone.

After the event at South Park, members of the crowd marched to Watson Park for a candlelight vigil and “speak-out” session, where survivors of abuse continued to tell their stories.

While the statistics of domestic violence and sexual assault show how frequently violence occurs, it’s the personal descriptions of violence that have the most impact.

Even a member of the band performing at the event, Seed Love, was recently affected by violence. Band member Damon Bailey told the crowd during the performance that a friend had been shot Thursday outside a Kansas City nightclub.

Attendee Megan Blossom, when asked whether she knew anyone affected by violence or sexual assault, said, “Everyone does.”