Amanda Trei tries to be more than just a teacher to the children with disabilities in her special education classes at Hillcrest School.

The 28-year-old Lawrence woman also has a disability. She has been in a wheelchair since suffering a spinal injury in a 1992 automobile accident.

Now Trei wants to expand her influence and become even more of an advocate for the disabled. That’s why she will be one of four candidates to participate in the second annual Ms. Wheelchair Kansas pageant Sunday in Topeka.

“I want to advocate not only for women with disabilities but everybody,” Trei said. “I want to show that no matter what, if you have a disability you can still be the person that you are and need to be.” 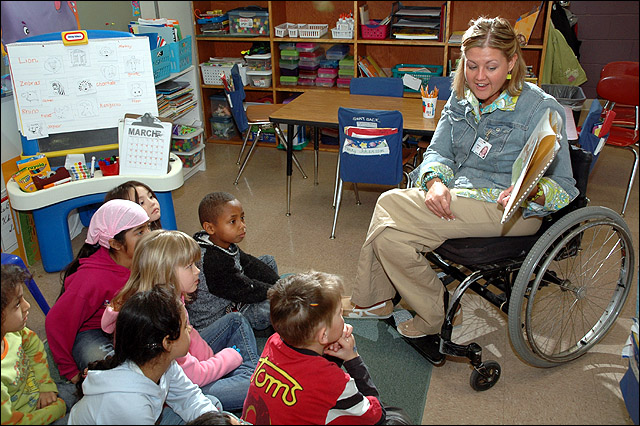 The pageant will start at 2 p.m. in the Capitol Plaza Hotel. It is free and open to the public.

The pageant is not a beauty contest. It’s a competition to select the most “articulate, accomplished delegate” who can be a role model and spokeswoman for women with disabilities in Kansas. The titleholder will have the opportunity to travel the state making appearances and educating the public about issues important to people with disabilities.

A second Lawrence woman, Ranita Wilks, also is a candidate. She is an employee at Independence Inc. but couldn’t be reached for comment Thursday. The other two candidates are Stacy Ritt, Garden City, and Angel Shaver, Satanta. They will participate in weekend activities leading up to Sunday’s event.

The women will be judged on interviews and speeches, including a platform speech presentation describing their passions or special interests.

Trei described herself as a talkative, positive person.

The pageant winner will have the opportunity to go to the national Ms. Wheelchair America pageant in July in New York. The state winner also will make appearances throughout Kansas.

The Ms. Wheelchair Kansas program was started three years ago by Topekan Carrie Greenwood, who organized some volunteers to help her. The first pageant was held last year. JoAnne Fluke, Ottawa, received the first crown. 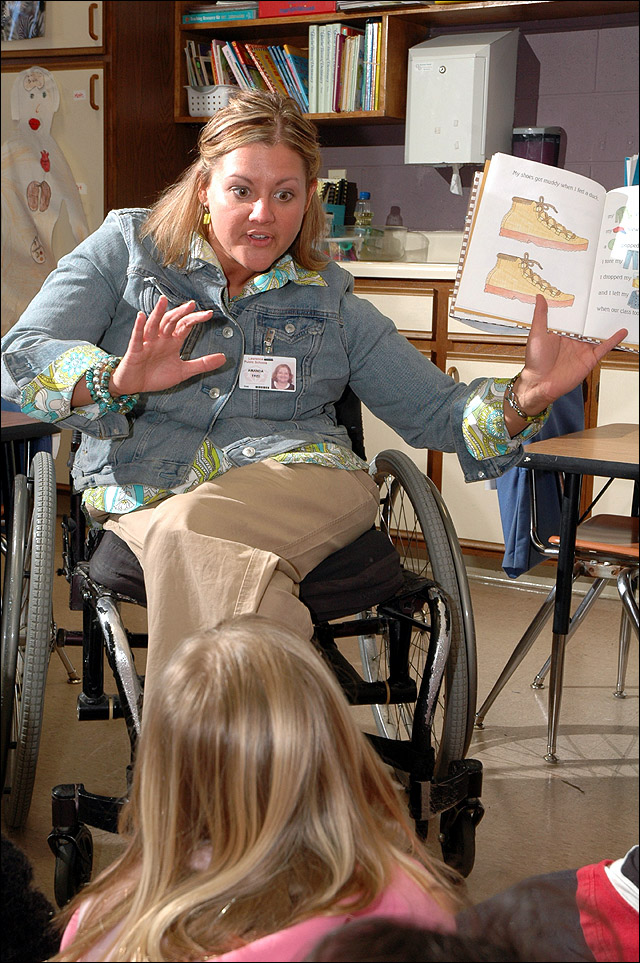 Greenwood, who also is in a wheelchair, started the Kansas program after reading about the national program over the Internet.

“It seemed like a great avenue to let women who use a wheelchair to get their voice out in the community and let them share what they have to say and believe in,” Greenwood said.

Fluke described her year as Ms. Wheelchair Kansas as a “growing experience.” She learned more about the challenges that others who are disabled face, she said.

“I really got to be more involved with the disability community,” she said. “That was probably the biggest eye-opening experience.”

Fluke is disabled because of a birth defect that caused her spine to stop growing at the waist. Now that her reign is ending, she wants to travel to Third World countries as a missionary to work with the disabled, something she has done before. She also plans to work with her mother in writing her life’s story.