It may be hard to believe, but TV journalists were once considered the good guys.

But then again, they used to chain-smoke during broadcasts in the 1950s.

Much has changed in the intervening years, with newscasters alternately earning reputations as blow-dried models, corporate puppets or ratings-before-everything sensationalists. So it’s intriguing to see a story in which a TV journalist is portrayed as a historical hero – one who helped shape the course of public opinion when opposing a menace that threatened the ideological well-being of the nation.

“Good Night, and Good Luck” details how CBS journalist Edward R. Murrow took on Sen. Joseph McCarthy (i.e., the McCarthyism guy). The junior senator from Wisconsin claimed to possess a list of “200 card-carrying Communists” who had infiltrated the government. And in the grand tradition of the Salem Witch Trials or the debate about Iraq, he used a climate of paranoia and fear to discredit political rivals.

“We cannot defend freedom abroad by deserting it at home,” Murrow famously uttered when breaking the barrier of “objectivity” to go head to head against McCarthy. 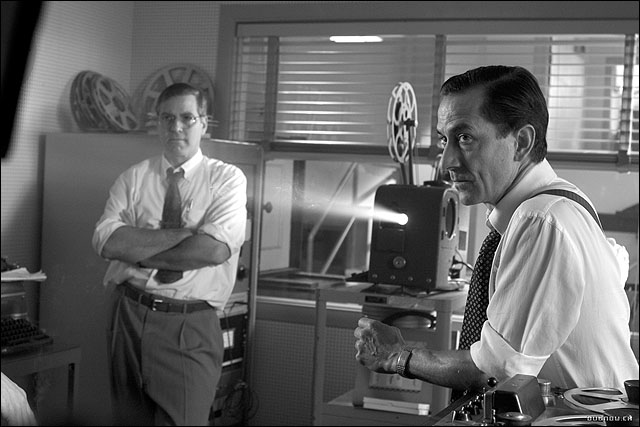 George Clooney, left, and David Strathairn portray CBS newsmen who take on Sen. Joseph McCarthy and the Red Scare in the drama Good

The core of “Good Night” finds Murrow (David Strathairn) and his producer Fred Friendly (George Clooney, who also co-wrote and directed) working behind the scenes of their program “See It Now” in the early ’50s. The film examines the juggling act the journalists face when their tactic toward covering the story changes, and how the network (and its advertisers) plays into the decision-making process. Things get ugly when McCarthy launches redbaiting accusations against Murrow and his staff.

Clooney is the son of Cincinnati newscaster Nick Clooney, so it’s no surprise he seems comfortable with the material. He’s also improving steadily behind the camera. His debut effort as director in 2002’s “Confessions of a Dangerous Mind” proved he was a natural to follow in the footsteps of matinee idols-turned-serious-filmmakers such as Robert Redford and Kevin Costner. “Good Night” is a step up from the interesting-though-disjointed “Confessions.” It shows Clooney may be just a film away from totally finding his cinematic voice.

The star has a great eye for visual atmosphere. Although his film isn’t flashy, it’s gorgeous in terms of how the stark black-and-white cinematography makes the studio shots both claustrophobic and beautiful. (The project was actually shot in color on a grayscale set, then color-corrected during post-production.)

Clooney and co-writer Grant Heslov also blend past and present in a most unusual way. Rather than recreate interviews with McCarthy and other prominent figures using actors, he seamlessly inserts archival footage of the individuals into the shots. There is no better way to show just who McCarthy was than to let him play himself.

(Both Murrow and McCarthy died soon after the events portrayed in the movie. Murrow in 1965 of lung cancer, and McCarthy of a liver ailment in 1957.)

The main complaint with “Good Night” – and it’s a doozy – is that the film has absolutely no climax.

Even the lamest action flick or cheesiest romantic comedy knows a big finish is a necessity. But the main turn of events happens offscreen in “Good Night.” Some viewers at a recent screening complained the movie seemed short. Sure, it’s barely over an hour and a half long. Yet it feels even more abrupt because there is no peak before the curt resolution.

Also, for such a short piece it’s odd that Clooney spends so much time on subplots that don’t add up to much. 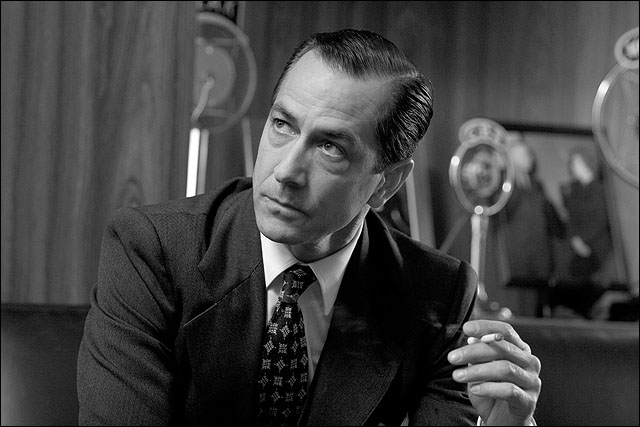 Robert Downey Jr. and Patricia Clarkson portray a pair of newsroom employees who have to keep their marriage to each other a secret because it violates company policy. And Ray Wise (Leland Palmer from “Twin Peaks”) portrays a second-tier broadcaster and Murrow disciple whose professional fate is clumsily telegraphed.

None of these characters fit comfortably into the principal plot.

Fortunately, the overall story is so compelling and well-acted that a viewer gets caught up in the drama as if it were a documentary about contemporary events.

When Murrow cautions viewers they should “not be driven by fear into an age of unreason,” the film seems more culturally relevant than anything playing at the multiplex.