A sign near the corner of Clinton Parkway and Inverness shows a rendering of a proposed commercial development for the vacant land that sits next to several west Lawrence apartment complexes.

Drive-thru coffee has been known to get me moving. (I don’t drink it, but I do spill it on my lap.) Now, maybe it will get a new west Lawrence commercial development moving as well.

Plans have been filed at City Hall that would clear the way for a drive-thru coffee shop to locate just off Clinton Parkway near Inverness Drive. If approved, it would be the first building in a Clinton Parkway commercial district that is proposed to be just west of the apartment complexes between Crossgate and Inverness. In total, the plans call for six buildings, with a mix of larger office buildings and smaller restaurant or retail spaces.

Like much during this time, though, the future of the project is uncertain. The plans filed by Lawrence-based Paul Werner Architects show a Scooters drive-thru coffee shop locating in a portion of a new 2,700-square-foot building. But Doug Brown of McGrew Commercial said a deal isn’t yet complete to have Scooters move into the development, though the chain has expressed some genuine interest.

Instead, it looks like the filing is anticipatory in nature. Technically the request before city planners is to approve a special use permit that would allow drive-thru uses on the property. The site already has the proper zoning for commercial development, but a restriction was placed on the zoning that requires any drive-thru establishments to receive a special use permit, which will require a vote of the Lawrence City Commission.

If some of this sounds familiar, it might be because developers have been trying to make a project work on this site for years. If you go all the way back to 2013, there were plans filed for the property to become an outdoor fun center, with go-karts, mini-golf, batting cages and other such activities. Neighbors didn’t like that idea, though, and the plans were eventually scrapped.

By 2015, the focus had shifted to a more traditional commercial center, but development didn’t happen during those heady times. In 2018, we reported more detailed plans had been filed for Stone Hawk Center, and Brown said at the time he thought the development would be attractive to users like drive-thru coffee shops, dry cleaners, liquor stores and other businesses that want to serve the surrounding neighborhoods.

From the beginning, developers have said the site isn’t a good candidate to attract the higher-volume fast food, chain restaurants. The site plans appear to reflect that as well. The two drive thru locations shown on the site plan are on the southern part of the site, meaning they are about a block off Clinton Parkway. That’s not where a McDonald’s or a Burger King, for example, would want to locate. 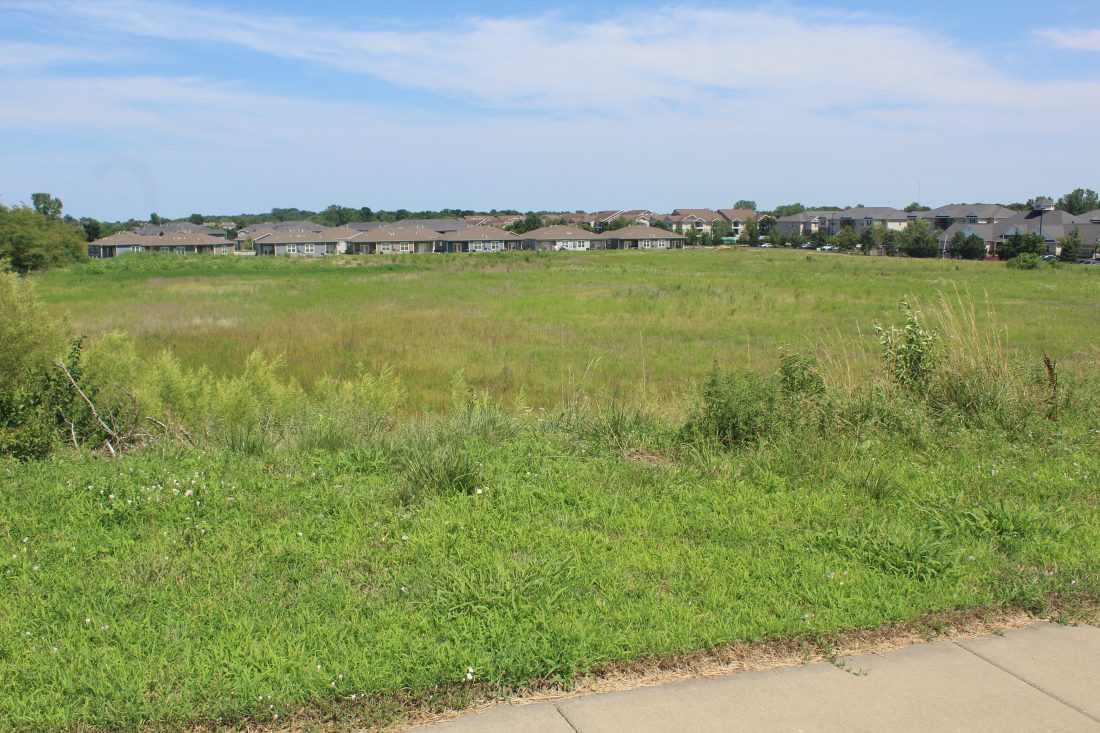 Developers have filed a request to allow drive-thru businesses to locate on the vacant property near Clinton Parkway and Inverness Drive. Plans show a Scooters coffee shop that would be located in the far, back corner of the site.

According to county records, it looks like the property is still owned by the same group as in past years, an entity led by Lawrence businessman Glen Lemesany.

As for the potential for other development on the site, the plans show a 10,500-square-foot building and 12,000-square-foot building on the north end of the site, closest to Clinton Parkway. The renderings show how those buildings could be divided into smaller shop spaces for neighborhood retailers, but they also could be used for office buildings or for businesses like a day care or some other types of neighborhood uses that need more space.

He said the site continues to get some interest — he mentioned a local pizza restaurant that is considering its first west Lawrence location — but said the pandemic has slowed down movement at the site.

Look for the special use permit application to go in front of city commissioners in the coming weeks.

Just about a block west on Clinton Parkway, you’ll notice other signs of development. Dirt work has begun on the long-vacant property at the northeast corner of Clinton Parkway and Wakarusa Drive.

I’ll do some more checking on the status of that property, but we reported last summer that plans had been filed by Lawrence businessman Timothy Schmidt to build a unique mixed-use commercial district there.

We reported at the time that plans called for a two-story 10,000-square-foot building that would have offices and retail space on the ground floor and three two-bedroom apartments on the upper floor. I’ll check in and let you know if that is still the plan for the property. Regardless, the site is showing more activity on it than it has had in years.

One west Lawrence site that doesn’t have much activity is the Blue Moose Bar & Grill near Sixth and Wakarusa. It appears the restaurant has shut down for good as a result of the pandemic.

A sign near the front door of the restaurant at 525 Wakarusa Drive, said: “Due to the Covid pandemic, we will not reopen our restaurant. We want to thank our loyal guests for your support.”

The sign urges customers to visit the Blue Moose in Topeka.

The restaurant opened in 2017 and billed itself as an establishment that was upscale on food but more casual on atmosphere. The fact that it is closing is noteworthy in that it seemingly had strong corporate backing. The restaurant was part of the KC Hopps restaurant group, which includes the Stroud’s chain, O’Dowd’s Gastro Bar, Barley’s Kitchen + Tap and other offerings.

I put a call into KC Hopps president Ed Nelson, but haven’t heard back from him. According to the company’s website, Blue Moose continues to have four other locations, with three in the Kansas City metro area and one in Topeka. 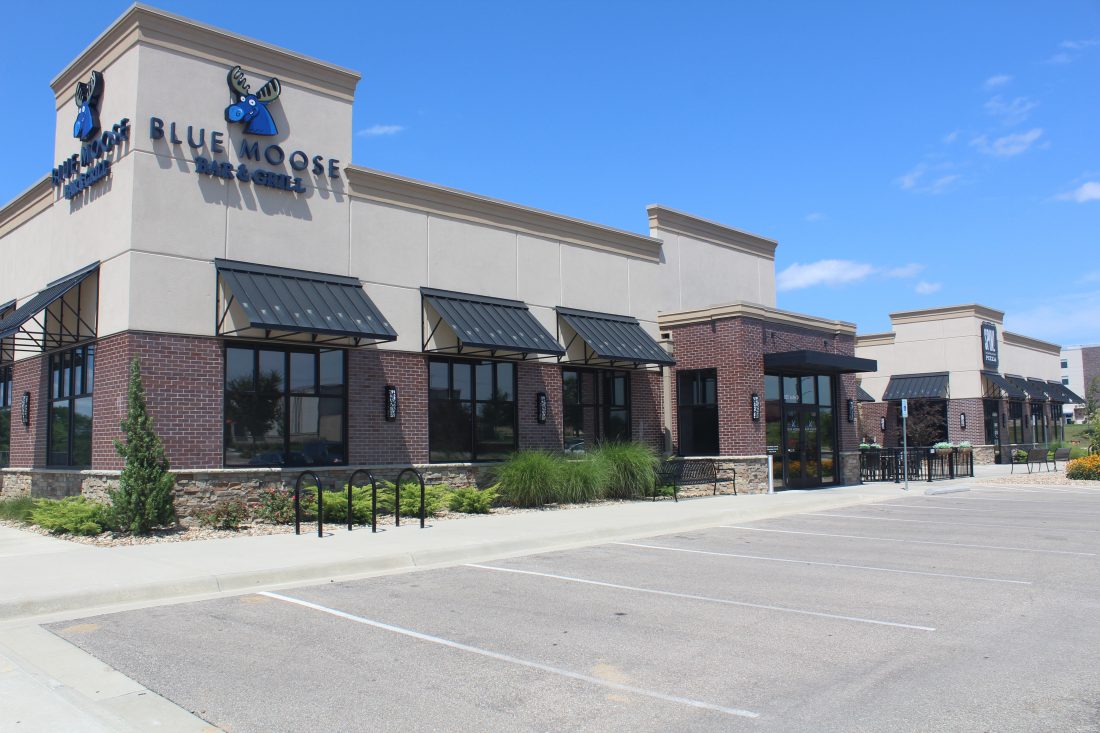