Mark Arndt, longtime owner of Border Bandido, announced that he is closing the Mexican restaurant on West 23rd Street this summer. At 50 years old, the restaurant is one of the longest continuously operating restaurants in Lawrence.

For 50 years, there has been a Border Bandido on the loose in Lawrence. I can attest because it has stolen at least three notches on my belt that I’ll never get back. Of course, I’m talking about the Mexican restaurant on 23rd Street. Soon, though, it will be just a memory. The restaurant’s owner has announced it will close this summer.

Owner Mark Arndt has worked at the restaurant for the last 43 years and has owned it since 1984. In addition to being the owner and the manager, he almost always works as the lead server at the counter, taking orders and assembling the meals that are made and delivered fast-food style.

He figures he has to be one of the longest actively working Lawrence managers in the restaurant business.

“I may be the oldest in town,” Arndt said.

While Arndt wears that like a badge of honor, he also said it has become difficult to continue, which was a major factor in his decision to close the restaurant. The restaurant’s last day in business will be June 20, he said.

“Basically, about every hour that we were open, I was here,” Arndt, 65, said. “I love the work and serving the people who come in here. But physically, it is just tough. I’ve been working 50 to 80 hours a week, basically, since I’ve been working.”

(Fun blast from the past: Before coming to work at Border Bandido, Arndt was a manager at Lawrence’s Griff’s Hamburgers on 23rd Street. Raise your hand, or at least wiggle your walker, if you remember that early entrant in the fast-food scene.)

The Border Bandido closing will mark the end of a restaurant with a unique style. It maybe could best be summed up as a retro one. The menu board sign behind the counter was installed in 1981, although the prices have changed on it. The big sign in front of the restaurant’s building at 1528 W. 23rd St. is the original one from 50 years ago, Arndt said. 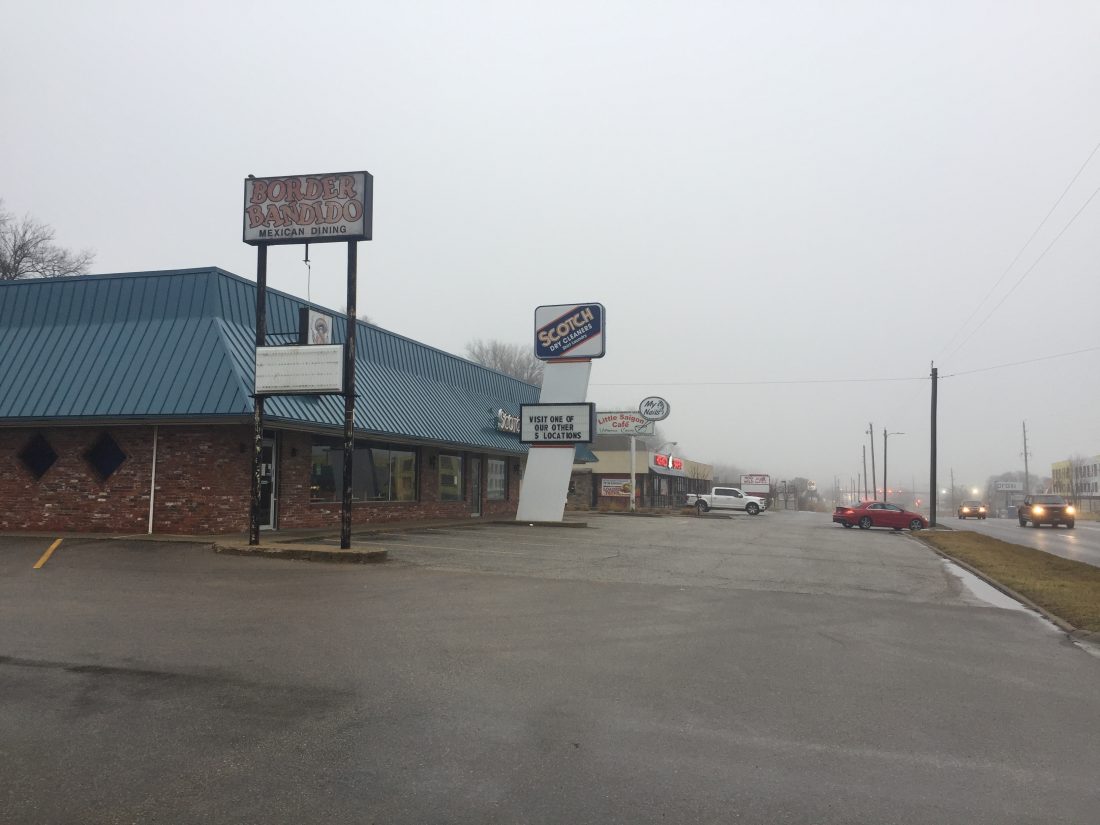 Border Bandido, 1528 W. 23rd Street, will close in late June. That will leave the retail building largely vacant, as the Scotch Dry Cleaners location closed last year. No word on what, if anything, will go into the building.

The menu is the same as well: big burritos, tacos and enchiladas that are served much more in an Americanized-style than anything resembling authentic Mexican. The meals are assembled at the counter and put in a microwave for a few seconds to make sure they are piping hot. In today’s foodie world, that has drawn criticism from some, but it hasn’t bothered Arndt.

“I consider ourselves a joint,” Arndt said. “We are not the fanciest, and we don’t pretend to be.”

Back in the 1970s, Arndt said Border Bandido easily was the busiest Mexican restaurant in town. But he said today’s restaurant scene is hardly recognizable compared with decades ago.

“The amount of competition is the biggest change I’ve seen,” Arndt said. “It is so much more now.”

In some ways, Arndt has become a historian on the Lawrence restaurant scene. Near the front line of the counter, he keeps a sign updated that lists the restaurants that have closed in the time that Border Bandido has been open. It was last updated five years ago and stood at four pages long. Arndt said he may update the list one more time before he closes the restaurant. 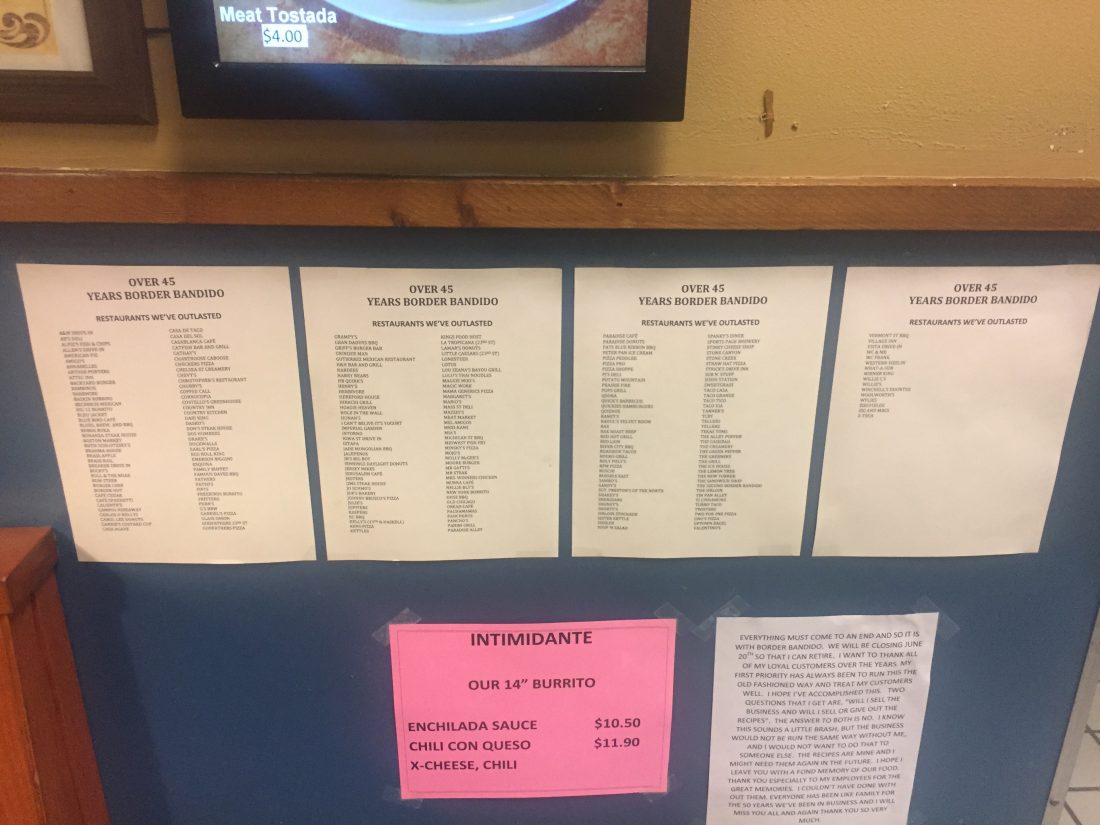 Border Bandido keeps a list near its front counter documenting the restaurants that have closed in Lawrence since Border Bandido opened 50 years ago.

Signs of a closing at Border Bandido have been building for a while. For years, the restaurant was known as the place that sported a self-serve taco bar that drew an eclectic mix for its lunch crowd. But Arndt discontinued the taco bar offering at the end of the year. He knew he was going to be closing the restaurant in 2020, and he wanted to eliminate the amount of time it takes to prepare the taco bar each day. He knew he would need extra time for some tasks related to the closing. One of the biggest ones is simply finding time to visit with what he expects to be a rush of longtime customers.

“People don’t realize how much restaurants mean to people sometimes,” Arndt said. “My customers have meant everything to me. They’ve paid for my house, paid for my cars, paid for my kid to go to college. They have paid for everything. I never forget that.”

Arndt said the employees have been just as special. It had never dawned on me how many employees a small restaurant like Border Bandido would have over the course of so many decades. But Arndt knew.

The restaurant itself still means a lot to him too. That won’t make closing it any easier, but it does make it right, he said.

“I don’t want to close when I’m so tired and I’m just saying ‘get me the hell out of here,'” Arndt said. “I want to leave knowing that I will miss everybody.

Looking for more on Lawrence restaurants?

Check out the free Crave special section “On the menu in Lawrence,” which features interviews with four Lawrence restaurateurs and a look at some interesting new menu items that caught our eye this past year. 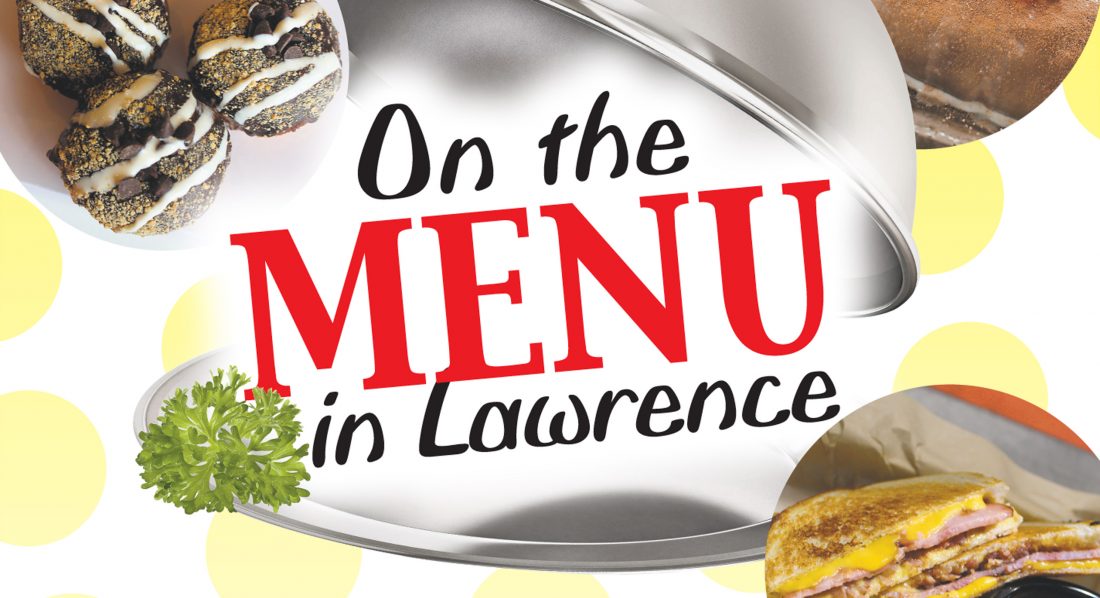