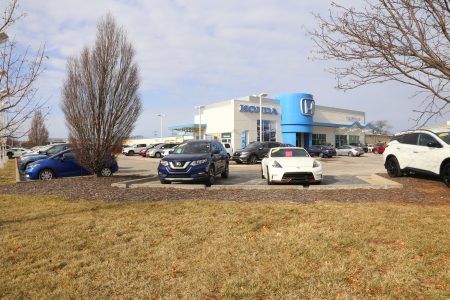 Plans call for the current Honda dealership showroom at 2112 W. 29th Terrace to be demolished to make way for a larger car lot. A new Honda showroom will be built north of the site along south Iowa Street.

I have automotive news that involves a wrecking ball. (No, this isn’t another story of me parking in the wrong spot at a construction site.) Rather, plans have been filed by the local Honda dealership to tear down its existing showroom along south Iowa Street to make more room for more cars.

The plans are part of a major overhaul of the dealership, which was purchased by Lawrence-based Dale Willey Automotive last year. Look for the longtime Jack Ellena Honda building that is basically at the entrance to the Lawrence Auto Plaza on south Iowa Street to be torn down by the end of this summer.

Plans filed at City Hall call for the approximately 23,000-square-foot building to be razed to make way for a larger outdoor space to showcase cars and trucks.

“We got to looking at all of our buildings,” said Jeff Hornbeck, general manager for Dale Willey Automotive, which owns three new car dealerships in Lawrence. “Basically, we have too many buildings and not enough lots. We knew we were going to have to do a major remodel of the Honda building as part of our agreement with Honda. This just allows us to do something even more.”

The project is expected to increase the number of cars and trucks Dale Willey can stock in its Lawrence Auto Plaza location by about 70%. Once the Honda building is torn down, Hornbeck estimated the vacated space could house about 425 vehicles, up from the roughly 250 vehicles the company can house today.

Honda isn’t the only brand that is scheduled to benefit from the project. Part of the new lot will be devoted to Hondas, but some of the space also will be set aside for the Dodge, Jeep, Ram and Chrysler dealership that Dale Willey also purchased last year. The Chrysler showroom is just west of the existing Honda dealership.

But what about a showroom for Hondas? Building a new one of those actually will be the first part of the project.

Plans filed at City Hall call for the new Honda showroom to be just north of the existing Honda dealership. As part of its deal last year to buy the Dodge/Chrysler dealership from Briggs Automotive, Dale Willey also ended up owning one of Briggs’ used car buildings along south Iowa Street.

If you remember, the old Breathe Oxygen Supply building at 2851 Iowa St. had been purchased by Briggs Automotive several years ago and converted into an automotive showroom. Since Dale Willey purchased the Briggs operations last year, the building has largely been empty. Briggs also owned the building directly behind the old Breathe building. That building, at 2101 W. 28th Terrace, used to be an interior design store but was converted by Briggs into an auto detailing shop. Dale Willey Automotive now owns that building as well. 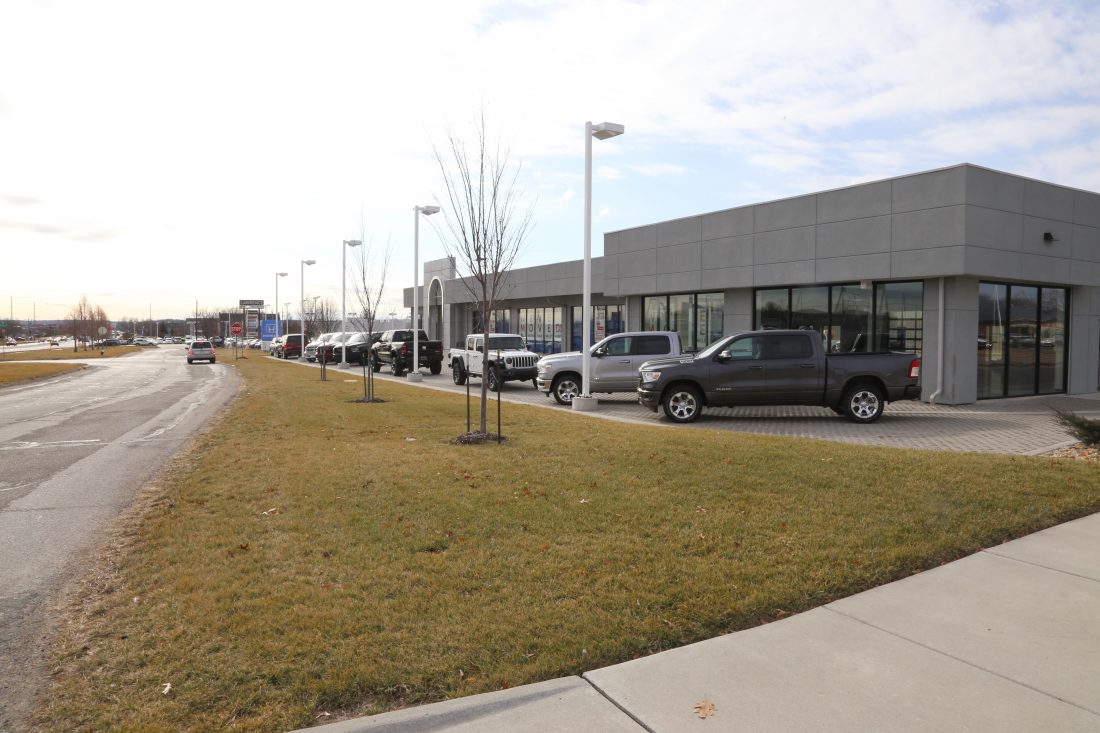 Plans have been filed to expand the building at a 2851 Iowa Street to house a larger showroom for Dale Willey Honda in south Lawrence.

Plans call for a new 7,000-square-foot addition to be constructed between the two buildings to make the two structures one. Hornbeck said the front part of the new building — the side facing south Iowa Street — would be the showroom for the Honda dealership, while the back half of the building would house the service department.

“It will be state-of-the-art,” Hornbeck said. “It will be one of the largest Honda showrooms in the state.”