From a T-shirt to a Zoom background, a pair of Lawrence nonprofits get creative with COVID-19 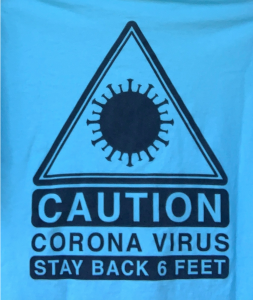 The North Lawrence Improvement Association is selling a t-shirt to raise awareness about giving people their space during the COVID-19 pandemic. Proceeds from the shirt will go to fund neighborhood initiatives hosted by the nonprofit.

In the old days — i.e. two months ago — a T-shirt with a message on its back warning people to stay at least 6 feet away would have seemed crass. Somebody surely would have made a joke that it was a public health message. Now, of course, it actually is, and a Lawrence neighborhood is making and selling such shirts.

The North Lawrence Improvement Association has partnered with North Lawrence-based Happy Shirt Printing to produce the shirts. They have a North Lawrence logo on the front, and on the back a picture of a triangular warning sign with the message “Caution. Corona Virus. Stay Back Six Feet.”

North Lawrence Improvement Association President Ted Boyle said the shirts aren’t a joke, even though they may cause some to crack a smile. He said he came up with the idea after remembering the signs you often see on dump trucks reminding you to keep your distance when following them. (Hey, North Lawrence is a blue-collar place. Traffic jams there often involve dump trucks.)

But the idea started to resonate more when Boyle was out doing his essential errands. He told me of his trips to the Dollar General store, which is the largest general merchandiser in North Lawrence. Sometimes his trips involved him standing in line.

“Most people do a good job of paying attention, but there is always some damn fool that is parked about a foot off my back,” Boyle said.

If you know Ted, you know that he’s not shy to tell someone to take a couple of steps back. But others might be, and the shirt might be an easy reminder for those around you. Plus, it can become a source of neighborhood pride, Boyle said.

“It shows we are on it over here in North Lawrence,” Boyle said. “We’re taking it seriously.”

The shirts are available for anyone to purchase, regardless of whether they live in North Lawrence. Go to the organization’s Facebook page for more information. The shirts cost $12, and the nonprofit organization will use the money to help fund neighborhood initiatives. 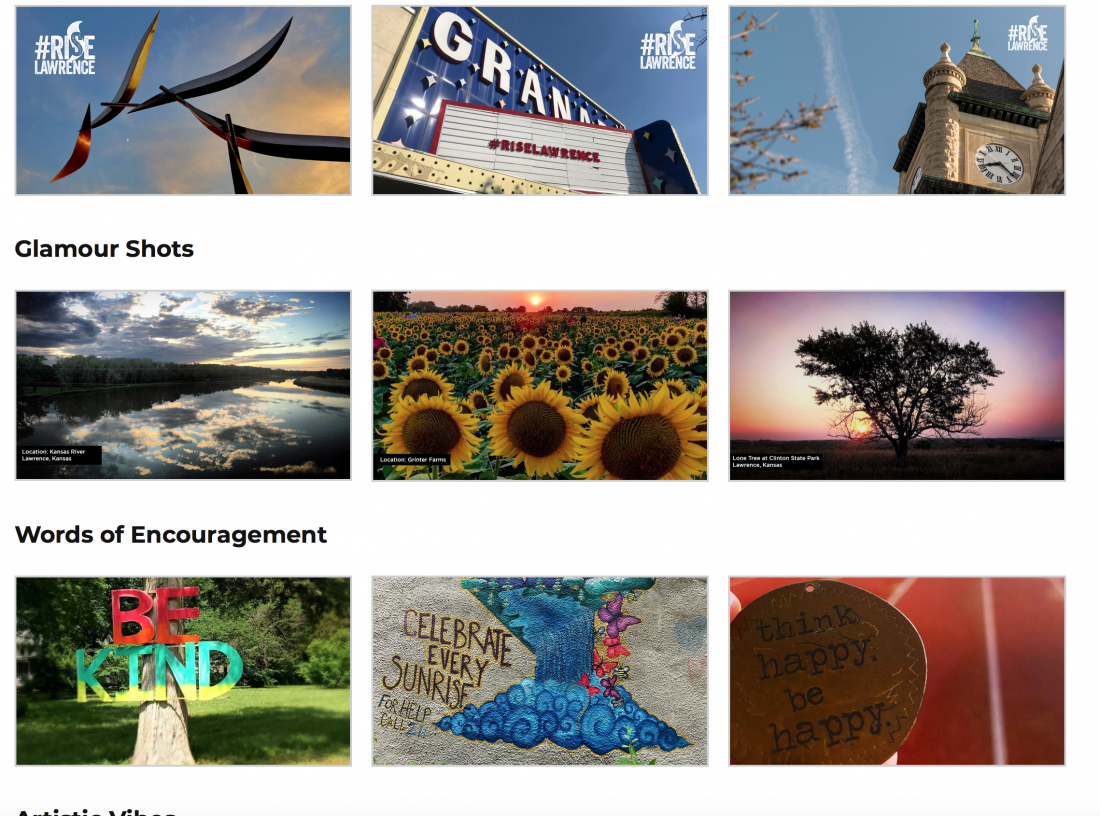 Explore Lawrence is offering free backgrounds for people to use on Zoom meeting and other online gatherings. All the backgrounds are from the Lawrence area, and are designed to show off the area to people from other places.

• I thought reality television was bad on traditional cable, and then I started tuning into this new network called Zoom. I’ve sat through some productions that had me wishing a bachelor with a rose would appear because then at least somebody else would be crying, too.

Such is the life of online meetings, but the leaders of Lawrence’s convention and visitors bureau are hoping to spice them up a bit. They’ve put together a package of about 15 photos that are designed to be used as backgrounds for your Zoom meetings.

The photos each are of a Lawrence or Douglas County-area scene. The photos can be downloaded free of charge. Simply go to the unmistakablylawrence.com website to access the photos.

So, what Lawrence sights are worthy of sharing with your Zoom friends? The Explore Lawrence staff has picked out a variety. Some are branded with the #RiseLawrence hashtag, and include The Flame sculpture in front of City Hall and the Douglas County Courthouse clock. Others are nature shots including a reflective scene on the Kansas River and the Grinter Farms sunflower fields in nearby Leavenworth County. Others include the stained-glass windows at the Watkins Museum of History, flowers in South Park, a street party scene from a downtown Lawrence Final Four celebration and even Public Enemy performing at the Free State Festival. (I may use that one in hopes that it will cut the meeting short out of fear that I’ll rap my weekly update.)