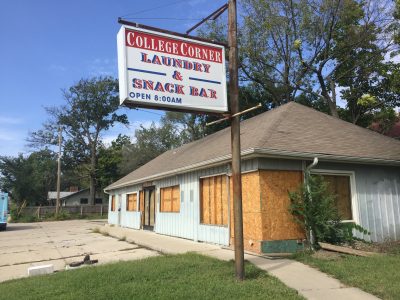 Plans have been filed for Taylor's Donuts to locate in the vacant laundromat at 19th and Louisiana streets. Look for the business to be open in March 2020, after the building is remodeled.

As construction work continues at Lawrence High, I have news that may cause leaders there to consider adding one more project to the list: A warehouse to store nothing but Wet Wipes. Plans have been filed for a doughnut shop to locate directly across the street from LHS — and yes, it will have plenty of sticky glazed doughnuts.

For weeks, people have been noticing activity at the old laundromat just north of LHS, but it hasn’t been clear what type of business planned to locate there. Now, plans have been filed at City Hall for Taylor’s Donuts to locate in the former College Corner Laundry & Snack Bar at the corner of 19th and Louisiana streets.

The Taylor in the title is Taylor Petrehn, who is an owner and baker at the nearby 1900 Barker Bakery & Cafe just a few blocks east on 19th Street. He hopes to have the doughnut shop open by March, after a complete remodel of the dilapidated building.

As for his reasons for opening a doughnut shop right across the street from a high school, as great doughnut connoisseur Homer Simpson would say: Mmm, doughnuts.

“I love doughnuts,” Petrehn said. “I think most of the population loves doughnuts. Really, there wasn’t a question of why not to do them.”

The fact that there will be a little more than 3,000 students and staff directly across the street just made the decision that much easier. It also helps that Petrehn knows how to make some really good doughnuts.

Petrehn, who has been nominated for a James Beard Award three years running, said the doughnuts would follow the same philosophy as the bread-making at 1900 Barker. Each doughnut will start with high-quality flour from local or small-scale grain farming operations. The same goes for the butter and “seasonal toppings” that he’ll use on the doughnuts.

Petrehn said he expected the shop to carry about a dozen varieties on any given day. The offerings, though, will change with the season and also with how wild and crazy the bakers want to get.

“About 20 to 30% of what we offer will have an over-the-top element to it,” he said. “But, hopefully, the best thing on the menu will be a classic glazed doughnut.”

He said the signature doughnut would be a traditional sourdough brioche doughnut that is “fluffy and moist, sweet but not too sweet, and have an aroma to the dough itself that lingers with you from the first bite to the end of the day.” 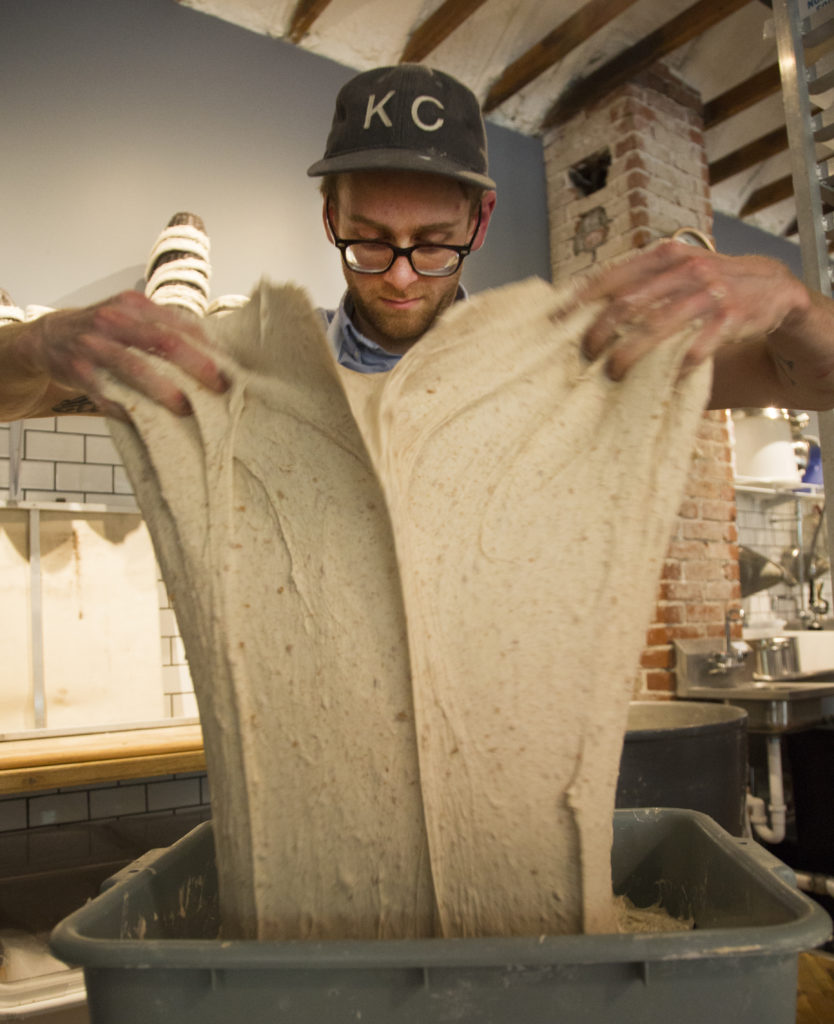 The doughnut shop also is expected to help the operations at the 1900 Barker shop. About half of the new facility at 19th and Louisiana will be devoted to a pastry kitchen that will be used to supply both Taylor’s Donuts and 1900 Barker. That new kitchen will free up space at 1900 Barker that will allow that location to bake more fresh breads.

Petrehn said the 19th and Louisiana project definitely was not a sign that he was looking to move away from the 19th and Barker location. The bakery is nearing its five-year anniversary there.

“The response has been better than anything we possibly could have expected,” he said. “We hope to be there forever. We love it there.”

Some of the bread from 1900 Barker may make its way over to the doughnut shop to be used in sandwiches that he plans to sell to students at the high school. Petrehn said he hoped to create a “boxed lunch” program where students could get some “good, healthy meals.”

Other nondoughnut offerings at the shop will be limited. He said basic coffee would be served, with some chilled coffee options also on tap. He said he’s also exploring soft-serve ice cream.

Petrehn said the shop would be open seven days a week, with an opening time of 7 a.m. Most days it will close a bit after school is dismissed for the day, though he said the shop likely would be open during LHS games or other big events that drew an evening crowd at the high school.

While high school students and staff are expected to be a big market for the shop, Petrehn is expecting nearby college students and other area residents to be regular customers. The shop won’t have a lot of parking — although city parking at nearby Veterans Park is available — so he expects to have plenty of pedestrian traffic.

Petrehn is teaming up with fellow Lawrence businessman Matt Baysinger on the project. Baysinger is the landlord for the 1900 Barker shop, and he also is the landlord for the 19th and Louisiana location. Baysinger — who is the businessman behind the Blade & Timber ax throwing business, the Lawrence Breakout escape rooms and similar other businesses in Kansas City — said he bought the building about a year ago. He said he’s had Petrehn’s doughnuts before and thought they would be a great fit next to the high school, but not just for food reasons.

“You look at what was happening at that laundromat location; it had become a place for kids to hang out and do things that weren’t great,” Baysinger said. “It wasn’t a space that was making things better, and I think this shop will.”