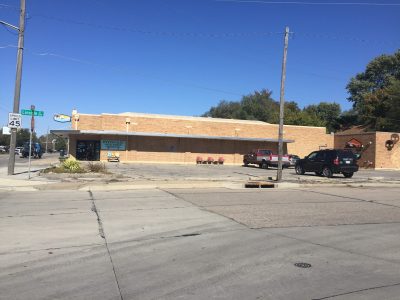 I could probably wear my pajamas to the Downtown Lawrence Farmers’ Market on Saturday mornings, but I would have to give some careful thought to where I would keep my wallet. For those reasons and others, a local resident is starting a new Saturday farmers’ market that doesn’t require people to get up so early.

Local entrepreneur Zoe Smith plans to host a new Saturday afternoon farmers market beginning in November. She plans to locate it in an area of town that long has been known for great gardens: North Lawrence.

“We have the good dirt over here,” said Smith, who is a longtime North Lawrence resident.

Smith said the new market would be at the building that houses the Happy Shirt Printing and River Rat Skate Shop at 608 N. Second St. But most importantly, the market will run from 2 p.m. to 4 p.m. Smith said she didn’t want to do anything to compete with the extremely popular Downtown Lawrence Farmers’ Market. Rather, she’s hoping that many vendors will simply pack up their goods from the downtown morning market and decide to sit for a couple of extra hours on a Saturday. She’s confident they would find a good customer base.

“I have so many people who say, ‘I always want to go to the farmers’ market, but that is Saturday, and I’m sleeping in that day,'” Smith said.

Smith is calling the new market Makers, Bakers & Acres. She said the name should help people understand there will be more than just produce. At this time of the year, produce booths will be in the minority, but Smith said she wanted to start the market now so farmers had time to plan for next year’s growing season.

During the upcoming holiday season, she expects the market to have a heavy emphasis on makers, such as craft and homemade gift booths. She also said bakers — everything from breads to cookies — have been some of the first vendors to sign up for the market.

Smith doesn’t yet have an estimate on how many vendors the market will have on a regular basis. An early survey showed interest from about 50 vendors, although not all of them likely would be year-round sellers. But there will be both indoor and outdoor spaces available, she said. If you are confused about the the location, it is the old grocery store building just north of the railroad underpass. The location has more space than you may think because the building also has a parking lot across Lincoln Street.

In addition to the arts, crafts and produce vendors, Smith plans to have hot food vendors at the market on a regular basis, plus some music and other entertainment. North Lawrence’s Prairie Moon Waldorf School currently is scheduled to be at upcoming markets with activities for kids.

Smith said one of the reasons she decided to pursue the market idea was because she knew how eager North Lawrence residents were for more businesses. She grew up in a North Lawrence business — her family owns BKB Leather — and she has long heard how the neighborhood needs more options for food.

“North Lawrence always has had a need for a grocery store,” Smith said. “A step in the right direction is having markets available to the community. We definitely want to serve North Lawrence residents, but we hope to bring vendors and customers from all over Lawrence.”

Opening day for the market is set for Nov. 2. Smith said she was still accepting applications from vendors. Information can be found at the Makers, Bakers & Acres Facebook page.