South Mass. Street store offering coffee with a kick, plus other CBD products 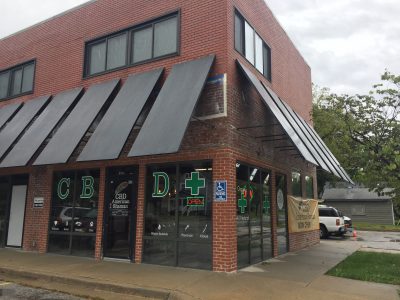 American Shaman has opened at the southwest corner of 19th and Massachusetts streets.

I thought spiked coffee was something you kept a secret. (Umm, I don’t know why that coffee cup combusted when it got near an open flame.) But there’s a new retailer that has the offering front and center. But, no, the coffee isn’t spiked with alcohol.

American Shaman has opened its second location in Lawrence with a new shop at 19th and Massachusetts streets. A major offering of the shop is coffee on tap that is infused with CBD.

CBD, if you aren’t up to speed, is short for Cannabidiol, which comes from cannabis, the same plant that produces marijuana. But don’t let this infusion create confusion. This isn’t the coffee version of your “special” brownies. CBD comes from the part of the cannabis plant that doesn’t make you high.

CBD oils, creams and other such products have popped up all over the market with claims that they relieve everything from anxiety to aches and pains caused by inflammation. The idea of infusing coffee with a CBD product, though, is newer. The Kansas City-based American Shaman chain teamed up with Kansas City-based coffee maker The Roasterie earlier this year.

Lawrence’s American Shaman shop on West Sixth Street has sold the cold brew version of the product in cans, but the new shop at 1901 Massachusetts St. is becoming one of the first to serve it on tap.

So, what does CBD do for your coffee? A little bit of everything, I’m told.

“It is the ultimate pep you up and mellow you out,” said Brandon Zoeller, who along with his wife, Heather, own the American Shaman franchise in Lawrence. “It keeps you relaxed but focused.”

Full disclosure, I don’t drink coffee, so I haven’t tried this out. It also is appropriate to remind you that I write about businesses, not health advice. You can find all sorts of opinions on the efficacy of CBD products. You are on your own with figuring that out.

The Lawrence market, though, indicates plenty of people are liking it. When Zoeller opened his original store at 1530 W. Sixth St. in July 2018, he was just the 40th store in the American Shaman chain. Now, American Shaman has about 600 stores, Zoeller said. Leaders in the Kansas City company said demand was high enough in Lawrence that a second store was needed. An American Shaman store briefly was located at 19th and Massachusetts streets last year, but that was before Zoeller owned the local franchise. That store eventually converted to a competing brand, but the building has been vacant since about May.

“People used to say it was snake oil, but now we are getting a completely different reaction as more people have tried it,” Zoeller said.

As for putting the CBD in coffee, that is just a continuation of a trend. Zoeller said the most popular way for people to consume CBD has been through a water soluble mixture. People long have been including it with water, tea, soda and other beverages. But people have had to do the mixing themselves. Having the pre-mixed coffee should allow the American Shaman shop to take on some of the relaxing vibe that comes with a coffee shop. 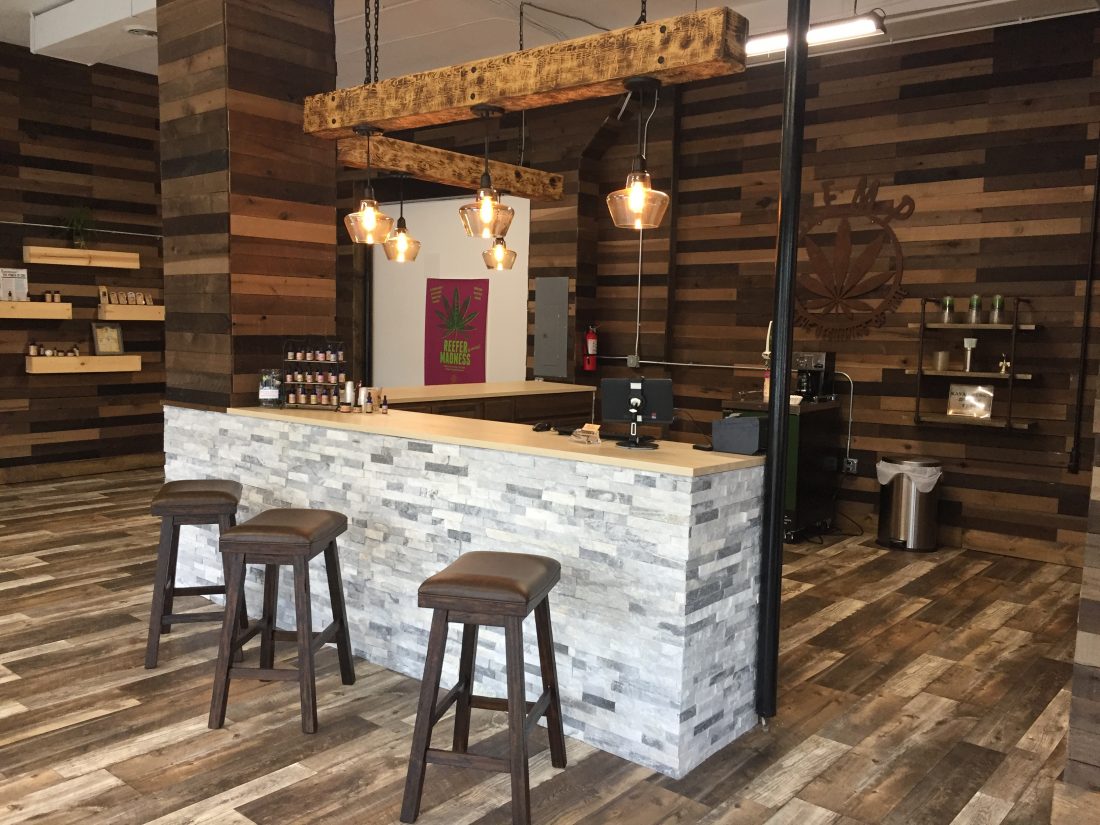 The new American Shaman shop at 19th and Massachusetts streets aims to have a coffeehouse feel to complement its new CBD infused coffee products.

A multimonth renovation of the space included a lounge area where people can sit and drink their coffee while listening to some soothing music. One area of the shop also will be devoted to a large white wall that Zoeller plans to offer up to KU art students who want to paint temporary murals.

“We don’t want you feeling like you have to get in and get out,” Zoeller said. “We want people to feel free to come in and relax in a calming environment. It will be a mellow spot.”

Zoeller has tentative plans to expand upon that idea of relaxation. He has access to the former Alchemy Coffee space that occupied part of the building before moving to its downtown location. Zoeller is considering using that part of the building to house a yoga studio. He said there is at least one CBD shop in another part of the country that offers CBD products, coffee and yoga. The combination has created a “relaxation center.”

But before any work on adding yoga and other services begins, Zoeller said he’s focusing on completing the coffee project. Currently, the on-tap version of the CBD coffee is a cold brew. But Zoeller said he has plans — likely in the next 30 days — to add hot coffee to the store’s offerings, once he receives the necessary training on brewing from The Roasterie. He said he’ll also be adding a non CBD product called kava kava, which is an herbal supplemental that purportedly helps with anxiety, stress and other conditions. It will be available as an add-on to coffee drinks bought at the shop.