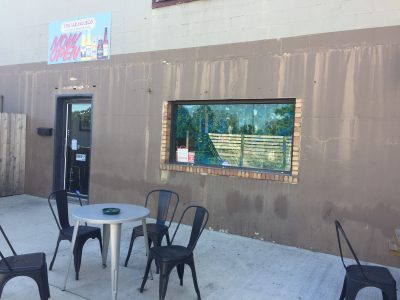 Tortas Jalisco has reopened in the spot behind Empire Bar & Billards at 925 Iowa Street. The restaurant has an outdoor patio and small dining area, but also serves food in the adjacent pool hall.

A longtime Mexican restaurant is back from a nine-month break, and it has reopened in a spot that may remind you of its beginnings. Tortas Jalisco has opened in the back room of Empire Bar & Billiards near Ninth and Iowa streets.

Being in a pool hall is a new experience for Tortas, but operating a restaurant in a small space isn’t. If you remember, Tortas Jalisco got its start in the corner of a gas station along West Sixth Street 16 years ago. That spot only had a few tables and chairs and a walk-up counter. Its new space is similarly small.

“We can only seat about 12 people inside,” said manager Angel Alvarez.

Tortas stayed in its small gas station spot only for two years before it moved into a full-size bar and restaurant just a block off of Sixth Street. But that location at 534 Frontier Road closed in December.

Alvarez didn’t go into any details about that closing, but he said the business has changed ownership. He previously owned the business, but now it is owned by his brother, Jose Alvarez, who also owns the Mexquisito restaurant in downtown Lawrence.

Angel said returning to a small space made a lot of sense in today’s restaurant world.

“We went to a food service seminar, and the people there said that lots of restaurants are downsizing,” Angel said. “It is part of the trend with food delivery apps. We thought we could make something like that work.”

Angel said the new spot at 925 Iowa St. would rely heavily on food delivery services — currently it has partnered with EatStreet and GrubHub — and plans to do a strong takeout business.

But Tortas also plans to make a living selling to hungry pool players. While the restaurant itself has limited seating, it has a food window that goes into the adjoining pool hall, which is huge and has lots of tables. (Both pool tables and eating tables, though don’t get them confused. Tamale sauce on green felt can create a problem, but not as big of a problem as a 9-ball into the taco-eater at the head of the table.)

But fans of the old Tortas menu will find many of those same dishes too. Angel said the restaurant’s tequila lime shrimp tacos continued to be one of Tortas’ signature dishes. He points to that dish as one that shows the restaurant’s roots in authentic Mexican cuisine. Also on the menu are two other versions of fish tacos, homemade tamales, Mexican-style sandwiches called tortas, and chilaquiles, a dish made up of layered crispy tortilla chips that are softened with a sauce and then topped with cheese, onions, sour cream and a fried egg.

The menu also features the typical enchiladas, crispy tacos, burritos and about a half-dozen quesadillas, featuring everything from chicken to asada steak to al pastor — spit roasted — meat offerings. Burrito bowls also are a big part of the menu.

“For some reason those are crazy popular right now,” Angel said. “There are a lot of people who don’t want to eat a tortilla these days.”

Tortas has been open in the new location for about a month. It currently is not serving lunch, but rather opens at 5 p.m. and stays open late to accommodate the adjacent bar crowd. 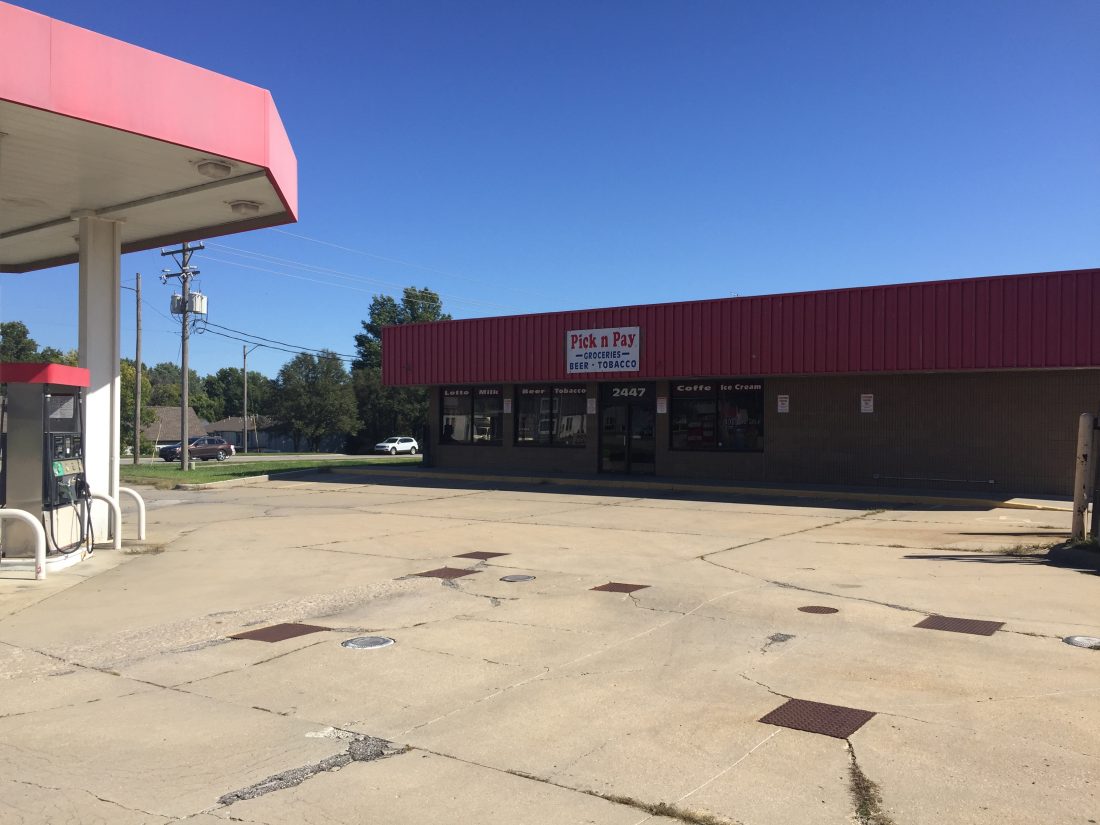 • Since I mentioned Tortas’ gas station beginnings, I might as well briefly pass on word of a gas station redevelopment. Plans have been filed to convert the long empty gas station at 2447 W. Sixth St. into a pawn shop.

If you are having a hard time picturing the old gas station, it is the one that used to serve as the bus stop for Greyhound near Sixth and Crestline Drive, and is across the street from the old Cadillac Ranch country and Western bar, which also is vacant. (“Take the bus home,” my fleeing designated driver said. Man, was that a long trip back to the apartment . . . but Albuquerque was beautiful.)

The plans filed at City Hall don’t make it clear who will operate the pawn shop, but I’ll do some checking and report back when I get more details. 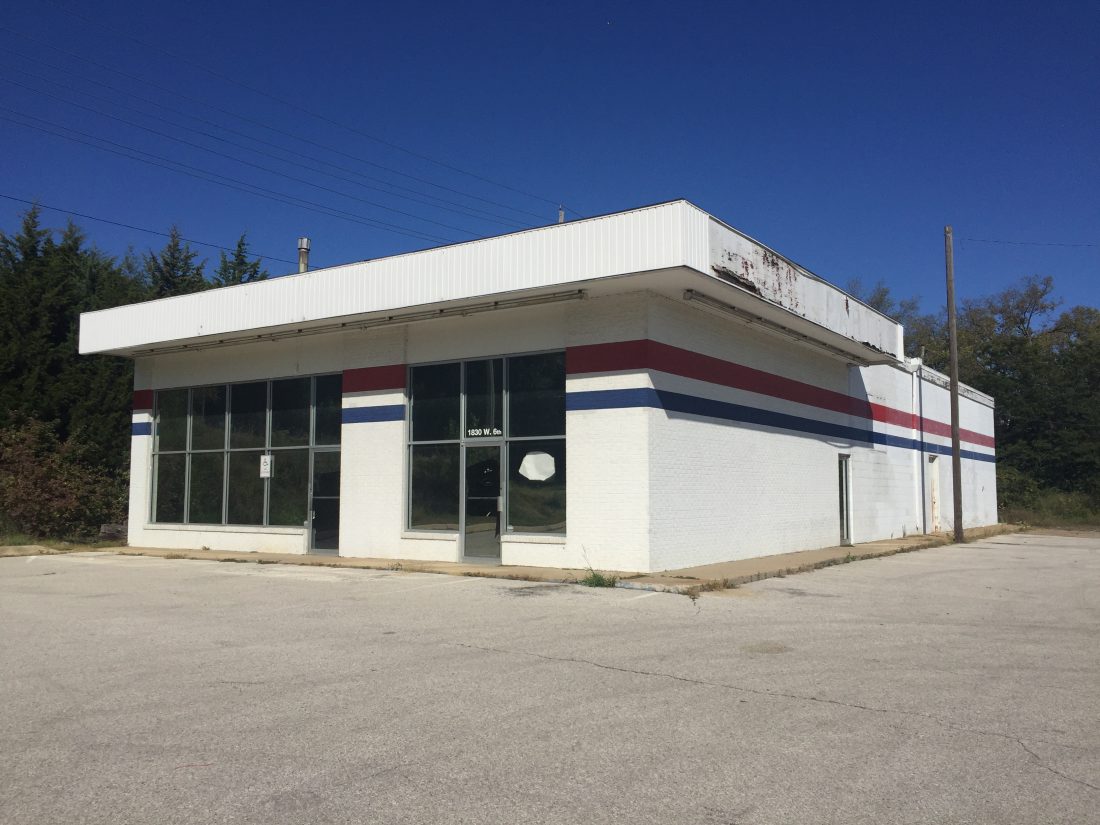 Plans have been filed for a laundromat to locate in the old auto parts store at 1830 W. Sixth Street.

• It isn’t that far of a leap from a gas station to an old auto parts store. I have news on one of those too. Plans filed at City Hall show that the old CarQuest auto parts store at 1830 W. Sixth St. will be converted into a laundromat. If you can’t picture that location, it is just east of Sixth and Iowa streets, and basically is across the road from the Dollar General store.

Plans don’t make it clear who will operate the laundromat, but I’ll let you know if I get any interesting details.