With both funk and vintage, antique shop opens in East Lawrence 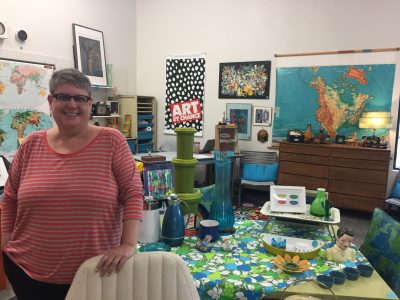 Hollie Blakeney, owner of Hoopla in East Lawrence, said she has long loved mid-century modern furniture for its fun lines and bright colors.

The hoopla in Washington, D.C. is about an impeachment inquiry. The Hoopla in East Lawrence is, oddly, about paper dolls of Richard Nixon. If you are confused, I can’t really explain presidential paper dolls, but I can tell you that Hoopla is the name of a new East Lawrence boutique.

Indeed, Hoopla, 840 Connecticut St., is a vintage furniture and antique shop that specializes in items from the 1950s, 1960s and 1970s. One of the items that owner Hollie Blakeney pointed out on a recent visit is a copy of the “Richard M. Nixon and his Family Paper Dolls” book. Open it up, and there is the former president in his boxers and undershirt waiting for you to dress him.

“You get to see Dick in his undies,” Blakeney said.

This is getting even more difficult to explain. 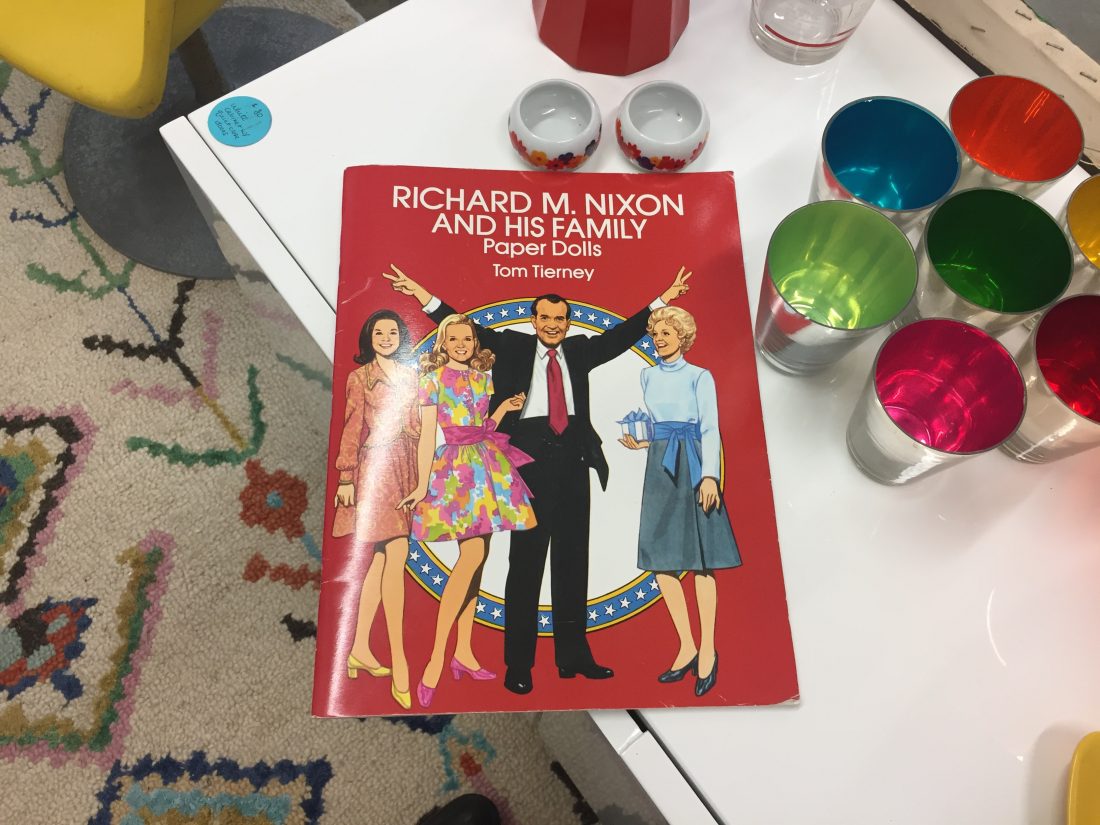 A Richard Nixon paper doll book is one of the off beat items in the Hoopla boutique at Ninth and Connecticut streets.

I think I’ll back away from the book because, after all, it is only one item in the store. There are a few other oddball items, though, like an old trophy from a rabbit show, an egg timer that makes Blakeney laugh because its brand name is Maid of Honor, and bunches of old maps from decades past. (There are people in Washington who particularly like those maps. Ukraine doesn’t exist at all.)

But Hoopla’s bread-and-butter inventory is midcentury modern furniture. That includes couches, chairs, end tables, lamps and many accessories. Blakeney has loved midcentury furniture ever since she was a child and went to friends’ homes that had the then-cutting-edge furnishings.

“I like the clean lines and how playful it is,” Blakeney said. “Everything was less generic then.” 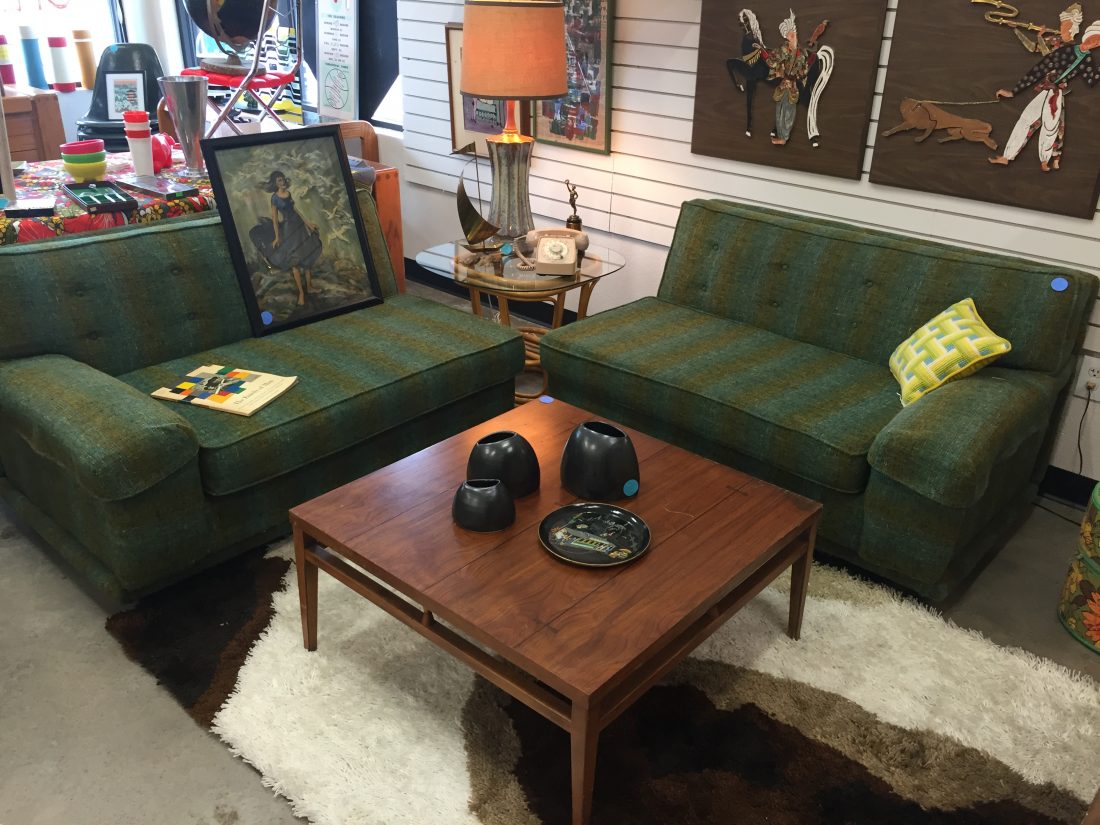 Vintage furniture and accessories are the biggest part of the inventory at Hoopla.

Blakeney opened up Hoopla about two years ago in a small space in North Lawrence, basically operating out of the back of another antique shop along Locust Street. Business was good enough that she needed more space, and moved into space near Ninth and Connecticut streets — in a spot previously occupied by Mobile Locksmith Shop — about two weeks ago.

Blakeney said the move to East Lawrence made sense. She’s excited to be near the trendy East Lawrence Warehouse Arts District. She said many of her customers tend to be 20 or 30 year olds, who also are drawn to the area.

As to why they are drawn to furniture from the ’50s, ’60s and ’70s, Blakeney said she thinks there are a variety of reasons. One is environmental. She said furniture was made sturdier back then, and people who are environmentally conscious like the idea of reusing items and also appreciate items that aren’t basically disposable and destined to end up in a dumpster.

One thing that isn’t drawing the younger crowd to the furniture is nostalgia, Blakeney said. She said many customers aren’t old enough to have any personal connection to the pieces.

“It is new to them, and they think it is cool,” she said.

In addition to the furniture, the shop also has a backroom that Hoopla will use to host classes and workshops. They will range from collage making to using found objects to make jewelry and holiday gifts. Closer to the holidays, the shop will even use its midcentury furniture to create a backdrop for hip pet photos. (Now that I think of it, my dog would look better on someone else’s couch, particularly if he’s wearing a 1970s smoking jacket.)

Blakeney likes offering the art and craft classes. She previously worked at art museums in Ireland and Michigan before she and her family relocated to Lawrence.

Currently, the shop is only open Thursday through Sunday, leaving plenty of time for Blakeney to hit garage sales, auctions and other places where midcentury gems are just waiting for a new home.

“I love the thrill of the hunt,” she said.

But she also gets a thrill out of seeing where her finds ultimately end up.

“I like meeting customers instead of just selling online,” she said. “I like to see who is buying what.”

Yes, even the Nixon paper dolls.