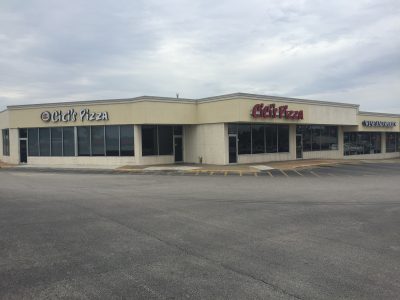 CiCi's Pizza has closed its location at 23rd and Iowa streets in Lawrence. The location is the latest in a string of vacancies along the 23rd Street corridor.

When it comes to all-you-can-eat buffets, a question hangs over such establishments: What will break first, my belt or the will of the buffet owner? For one of Lawrence’s largest buffets, it looks like it is the latter. The CiCi’s pizza restaurant, and its buffet, at 23rd and Iowa streets seemingly has closed.

While there is no sign on the door, the restaurant was locked up on Thursday. A peek through the windows also revealed that all the tables and furniture had been removed from the restaurant. Information on Cici’s corporate website also indicates the restaurant has closed for good.

The closing marks the end for one of the last non-Chinese food all-you-can-eat buffets in the city. There are a few restaurants that have such buffets periodically — places like the VFW have a fried chicken one, for instance — but there aren’t any places that make it the main part of their business like CiCi’s did. (I suppose I should also note several grocery stores have all-you-can-eat salad bars, but that is kind of like bragging about having C-SPAN in your cable package.)

If you were unfamiliar, CiCi’s had a large buffet that carried everything from traditional pizzas to more exotic ones like a mac and cheese pizza or a chicken Alfredo version. And cinnamon rolls and brownies were on the menu, plus pasta and breadsticks, and other high-carb items that sometimes required a nap underneath the sneeze guard.

There is no official word on why the restaurant closed, but it certainly has been through more than most restaurants ever endure. Its one-time owner Harold “Hal” Sasko was murdered in 2014 by Sarah Gonzales McLinn. McLinn had been an employee of one of Sasko’s CiCi’s restaurants and also lived with Sasko at times.

The restaurant reopened after Sasko’s death, but new owners obviously have made the decision to close at this point. No word on what, if anything, may go into the relatively large space in the shopping center that also includes Cork & Barrel liquor, Crunch Fitness and Freddie’s Frozen Custard & Steakburgers.

Several vacancies exist along that stretch of 23rd Street now. The old Pizza Hut location a couple blocks to the east has been vacant for years, while the former Scotch Fabric Care location nearby and a Qdoba restaurant spot have been vacant for several months. However, along that same stretch of street, Pancho’s Mexican Food — a new fast-food offering — has opened, and so too has a new Starbucks at the corner of 23rd and Ousdahl, in the parking lot of the Harbor Freight tool store.

While I’m mentioning restaurants and buffets along that stretch of 23rd Street, I also should mention Border Bandido. It offers an all-you-can eat taco bar on a daily basis, but it appears it too is coming to an end. I saw on Facebook that the restaurant plans to close the taco bar portion of the restaurant at the end of the year. The owner also confirmed that to me during a brief conversation. The restaurant will focus on its nonbuffet menu. It is a fairly significant change for what is one of the oldest restaurants in Lawrence. It has been open since 1970, but if you want another taste of its taco bar, do it before the end of the year.

• I continue to get a lot of questions about a place that used to house an all-you-can eat buffet: The old Montana Mike’s location at 1015 Iowa St. (Montana Mike’s didn’t have the buffet but a predecessor steakhouse — Sirloin Stockade, maybe — did. My mind has turned to buffet-style mashed potatoes — mushy — on the exact name of the restaurant.)

Construction work is well underway on the old building, but don’t look for a restaurant or anything else to serve your stomach. Instead, the new tenant is all about the eyes. Lawrence Eye Care Associates plans to open in the space in early 2020.

Eric Long, practice manager, for the eye center said the addition of a fourth ophthalmologist at the center had the longtime business looking for larger space. The eye center currently is located in the Lawrence Medical Plaza building at Sixth and Maine streets. Long said the company would move all its operations to the 1015 Iowa St. building but would continue to do eye surgeries at the hospital.

The building is getting a major makeover. A group led by Lawrence businessmen Rodger Henry and Roger Johnson are rehabbing the old restaurant building. This is the second time the group has taken an old restaurant or bar building and turned it into a medical office center. It previously converted the old Eagles Lodge building on Sixth Street into medical offices for Panda Pediatrics.

Long is supposed to be getting me a rendering of what the building will look like when completed. When I get that, I’ll post it here. But this photo from the construction site gives you an idea. 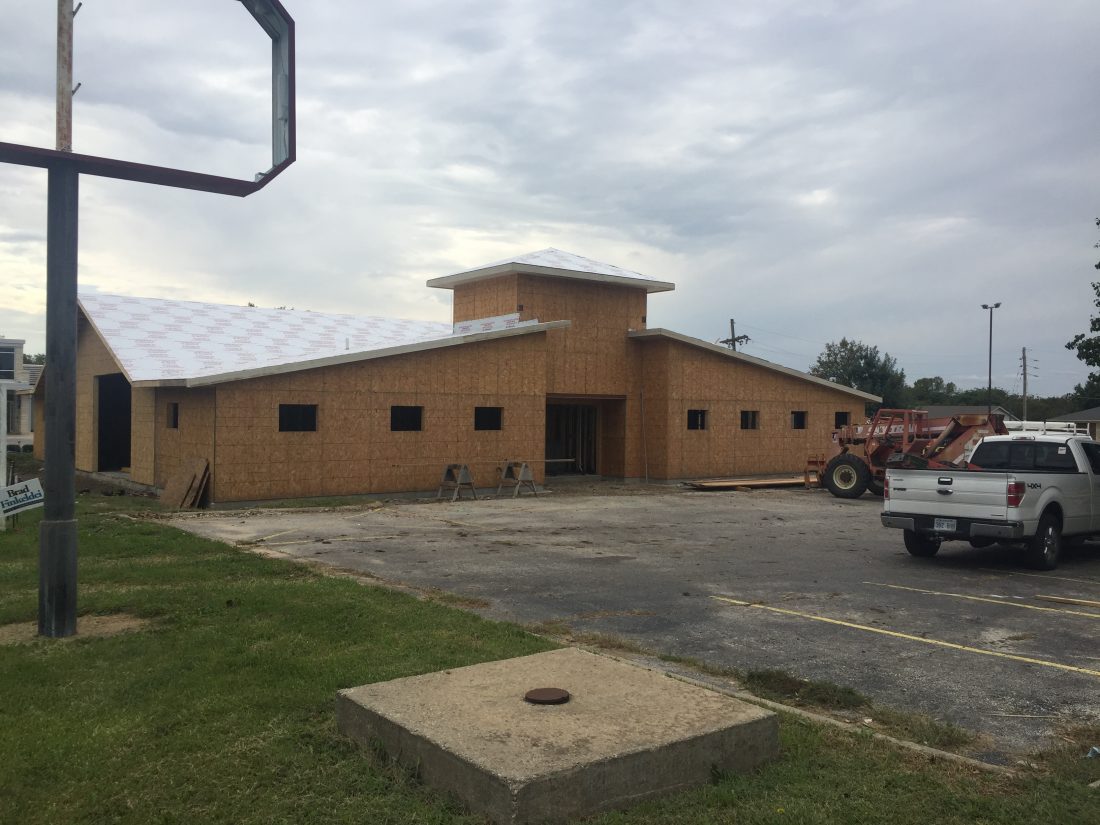 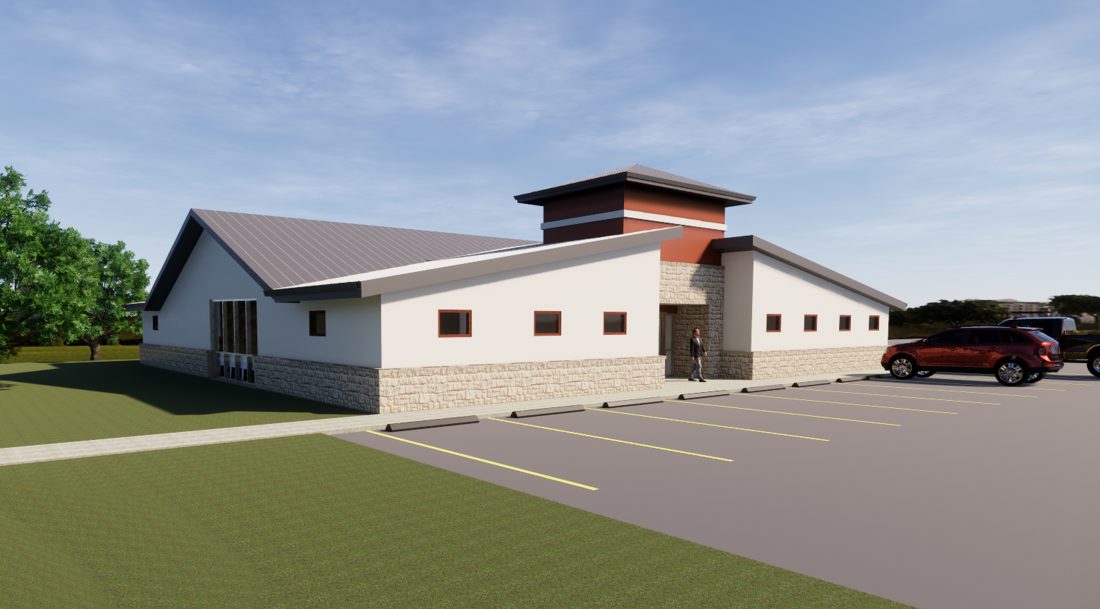 This rendering shows what the building at 1015 Iowa Street will look like once it is completed for Lawrence Eye Care Associates.