Longtime pawn shop moves to a new side of town; update on downtown’s Luckyberry juice cafe 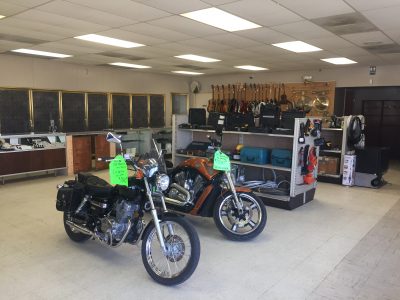 Tools, guitars, jewelry and a host of other items are part of the inventory of Lawrence Pawn & Jewelry. The store is planning to expand its offerings now that it has moved to a bigger location near Sixth Street and Crestline Drive.

Diane Bui, owner of Lawrence Pawn & Jewelry, actually is an electrical engineer by training. That’s good, because she said she needs some fast-firing circuits to know which deals to make and which deals to reject at the pawn counter.

“I have to be able to quickly assimilate information,” Bui said. “Unlike those TV shows like Pawn Stars, I don’t have experts in the back room.”

But Bui does have a new back room. A new front room, too. The longtime pawn shop has moved to a new location at 2447 W. Sixth St. If you are having a hard time picturing the location, it is a long-vacant convenience store building near Sixth Street and Crestline Drive, where the Greyhound bus station used to be. The store moved from a strip center at the intersection of 23rd and Haskell about two weeks ago.

“This is about three times the space we had before,” Bui said. 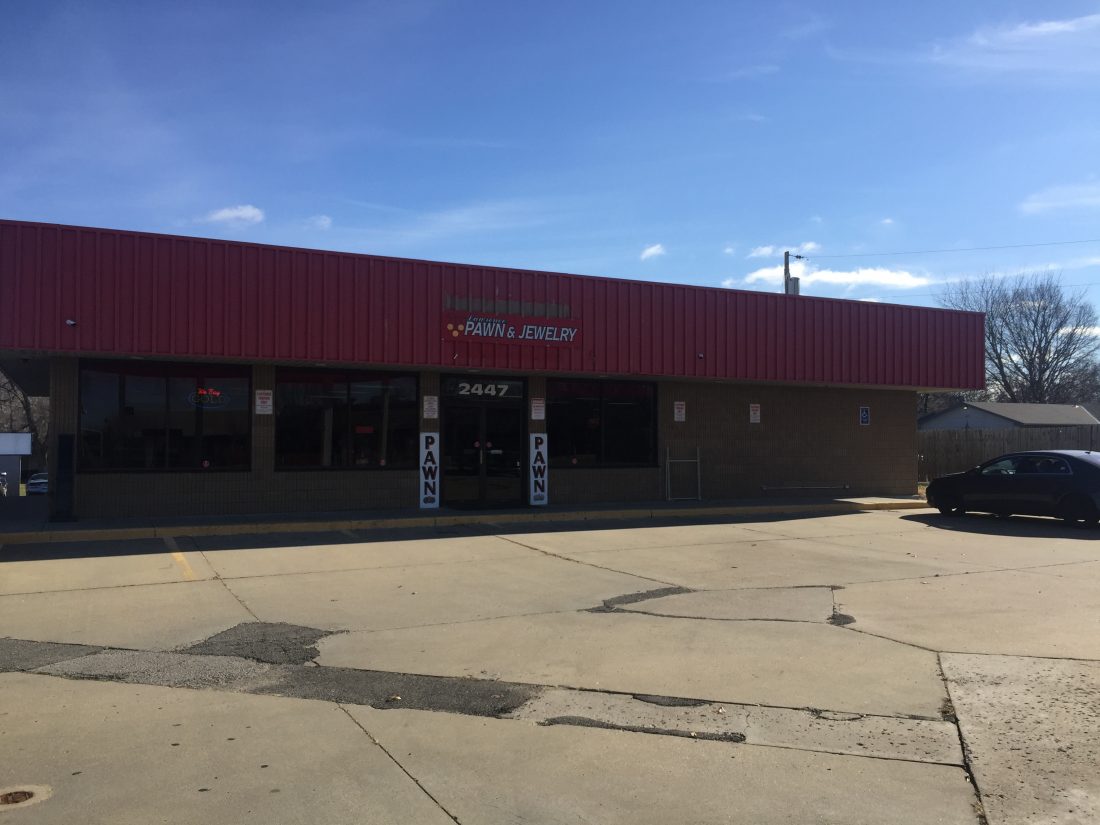 In addition to a need for extra space, Bui said she decided to move the shop because rent was increasing at the center, and traffic was declining on 23rd Street. Plus, she said the new west side location actually put the shop closer to more of her customers.

That may surprise some folks. But Bui said lots of people don’t have an accurate understanding of who uses a pawn shop. She said her regular customers have jobs, but simply are looking for a short-term loan, often for amounts that are less than what banks are willing to loan.

If you are unfamiliar with how pawn shops work, customers can receive a loan on basically any item of value — although jewelry, firearms, tools and musical instruments are pretty common. If you strike a deal — there are no credit checks or anything like that — you walk out of the store with cash and a pawn ticket. Each month, you are required to pay at least the interest on your loan. The rate is 10%, and is set by the state of Kansas. So, on a $50 loan, you would need to pay $5. Or, you could pay $55 and get your item back. If you stop paying on the loan, there are no debt collectors or hits to your credit rating. Instead, the pawn shop takes ownership of your item and can sell it in its store.

Obviously, depending on how many months you pay on the loan, the 10% interest charge can amount to a really high rate over the course of a year. Those rates sometimes give pawnbrokers a bad reputation, but Bui said that’s unfair. The loans are meant to be short-term and they are meant to fill a need traditional lenders won’t.

“Try taking your old TV into a bank,” Bui said. “Ask them to loan you some money on it, and hold it for you, and tell them you’ll come back to pick (it) up later — maybe. Banks aren’t going to do that.”

But Bui understands the pawn business can be hard to understand. She and her late husband purchased Lawrence Pawn & Jewelry about 20 years ago. They had no intention of getting into the pawn business, and actually were offended when a friend tried to steer them in that direction. She remembers telling a friend who had went to Yale business school that she and her husband had become disenchanted with the corporate world and were looking to become entrepreneurs.

“He told us he had a business for sale, but before he told us about it, he made us promise to keep an open mind,” Bui recalled. “When he told us it was a pawn shop, our jaws just dropped.”

But they began working in the shop and realized it was a lot like other service-oriented businesses. They didn’t buy that shop in Ohio, but did learn of one for sale in Lawrence, which Bui’s husband was familiar with due to his time in college.

“I enjoy it,” Bui said of the business and the interaction with the people who come with it.

With the new location, she also hopes to grow the business. The store recently had for sale everything from a $7,000 Harley Davidson motorcycle to televisions for about $20. Shotguns, a few handguns, several guitars, some tools and other odds-and-ins also were part of the inventory.

She said she hopes to start doing title loans on vehicles, and selling some cars, now that she has a relatively large parking lot at the new location. She’s sure she’ll expand the smaller offerings in the shop too, but is not sure with what.

It depends on what comes through the door.

• On Tuesday I wrote about several closings of downtown businesses. Unfortunately, there were so many that I had one update that I forgot to pass along. People have asked me about the future of Luckyberry Kitchen & Cocktails, a juice cafe at 845 Massachusetts Street. Luckyberry had been closed for about six months, but reopened in June with a bigger menu, and a plan to sell some of its fresh juices as part of alcoholic cocktails.

Several weeks ago, though, paper went back up on the windows of the storefront and the business was closed. The store hasn’t posted much on social media about its future, and my attempts to reach Shantel Grace, an owner of the business, haven’t been successful.

But I did recently get in touch with the building’s owner, Lawrence businessman Dalton Paley. He said his understanding is that Luckyberry will not be reopening at the location. He said he had begun the process of finding a new tenant for the prime location near Ninth and Massachusetts.

I’ll let you know if I hear more.