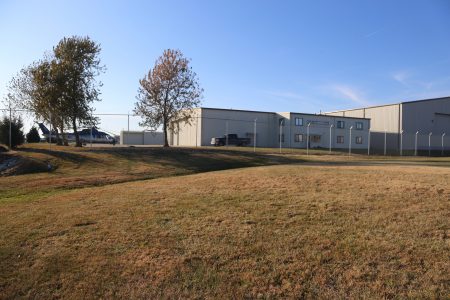 EuroTec, a firm that deals in helicopter parts and repairs, has completed a deal to locate part of its operations at the Lawrence Municipal Airport. The company is moving into the old Stuber Research hangar that is just west of the airport terminal.

Plans to add more job-producing businesses at the Lawrence Municipal Airport have been talked about for years. Now, there are signs they are nearing takeoff.

A Eudora-based company has signed a deal to take over an entire hangar at the airport in North Lawrence to repair helicopters. EuroTec Vertical Flight Solutions has completed a purchase of the airport hangar long owned by local pilot Al Stuber.

“EuroTec has five or six mechanics out there now,” said Chuck Soules, assistant director of municipal services and operations and the city’s liaison on the Aviation Advisory Board. “If their plans come through and they move more of their operations out there, they may have 15 or 20 people on their site.”

EuroTec currently has its offices along Kansas Highway 10 on the eastern edge of Eudora. The company deals in a variety of parts for helicopter repairs. EuroTec has been using some space in the community hangar building at the airport to do mechanical repairs on helicopters. That type of use has been going on for a couple of years, said Richard Haig, chair of the city’s Aviation Advisory Board. But he said the company’s work at the hangar really has picked up in the last six to seven months, it seems.

In that time, the company completed a deal with Stuber, who used the hangar for aircraft storage and some aviation research. City commissioners in recent weeks approved a ground lease with EuroTec to use the Stuber hangar. The city owns all the real estate at the airport, while some of the buildings are owned by the city but others are owned by individuals or companies.

Haig said airport leaders are excited not only with the EuroTec project but with a number of activities at the airport. As we’ve reported, Hetrick Air Services and a group of investors are building a new hangar at the airport that will serve as a base of operations for a new charter service.

“There is a lot of stuff in the works out here,” Haig said. “In the next year, the amount of activity at the airport likely will have doubled.”

EuroTec officials did not return calls over the last several days seeking comment about their Lawrence project. It is unclear whether their new Lawrence space ultimately will cause the company to move all operations out of Eudora. Both Haig and Soules, though, said there have been preliminary discussions about a separate building be constructed next to the hangar that could house offices and other operations of the company.

“But there are still a lot of unknowns right now,” Soules said.

We’ve reported that EuroTec does repair work on a variety of helicopters, and has contracts with both private companies and government entities, such as the U.S. Department of Homeland Security. The company has been in Eudora since about 2007, but previously operated in small space in Lawrence.

Haig said visitors to the airport likely already have noticed more helicopters on the airport grounds.

“The helicopters they are working on are multimillion-dollar machines,” Haig said. 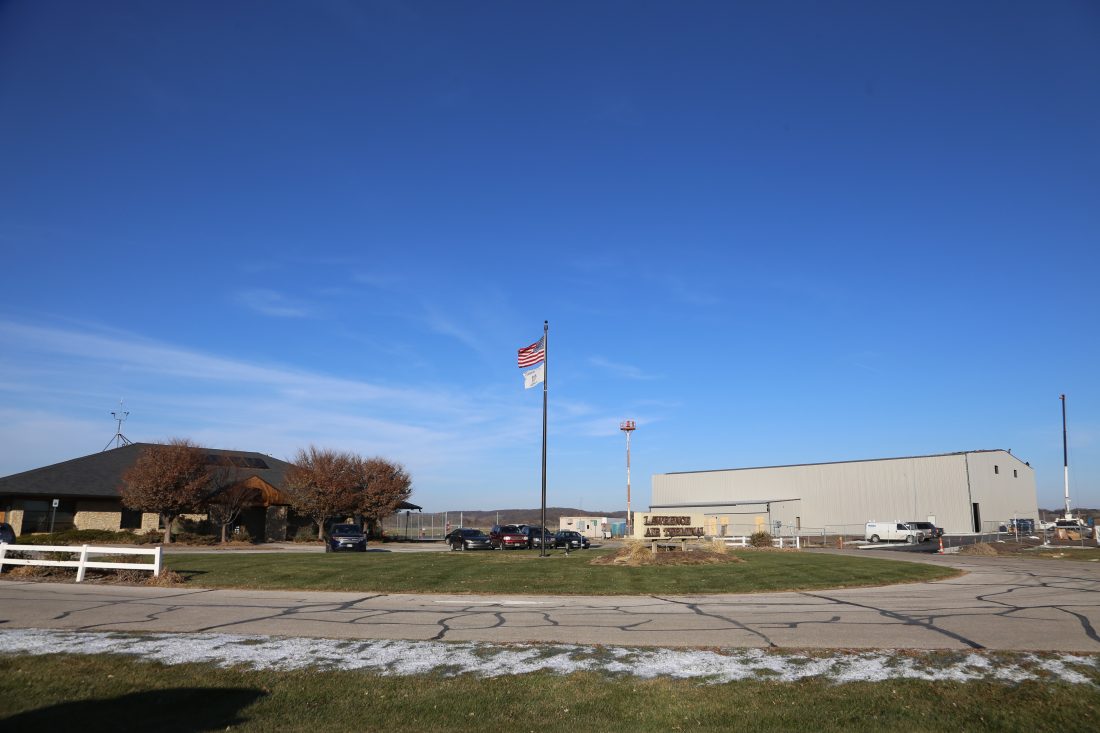 A hangar that will serve as a base of operations for a new charter service is under construction just east of the Lawrence Municipal Airport terminal building. Lloyd Hetrick with Hetrick Air Services confirmed his group is in the planning stage for a second hangar building that would be used to store more jets and aircraft.

Bigger jets also are expected to be a more common site at the airport. Work is well underway on a large hangar that Lawrence-based Hetrick Air Services will use for a new charter service that we reported on in July.

Work appears to be nearly completed on the $2.1 million building that is just east of the airport terminal. We’ve reported the hangar will be used to house a new jet and other aircraft that will be used for the charter service.

That charter service isn’t yet operational, but talk already has begun that Hetrick and investors may build another large hangar just south of the new building. Lloyd Hetrick of Hetrick Air Services told me he has planners drawing up designs for a second hangar project to submit to the city. Soules, who has been working with the airport for more than a decade, said the demand for jet service at the airport seems to be growing as more KU alumni own the expensive aircraft.

It is not clear what that change may mean for the University of Kansas’ aviation department. Certainly there has been talk over the years that KU or KU Endowment should not own its own jet, but rather should rely on charter services or other private operators. Whether this new Lawrence-based charter service will spur that type of change isn’t clear, but we’ll check with the university on that matter.

Airport leaders believe there could be the potential for more development to happen at the airport as well. The city several years ago made significant investments to improve water and sewer service at the airport, which is north of North Lawrence proper along U.S. Highway 24/40.

“We have a lot more space available for executive hangars, individual hangars and any kind of office space that is needed,” Soules said.

I have one more piece of aviation news that developed today. McFarlane Aviation, the company based in rural Baldwin City, announced a purchase of a major company that sells aircraft propellers.

McFarlane has purchased Wisconsin-based Flight-Resource, which is a big dealer for composite aircraft propellers. My understanding is the operation of Flight-Resource will be moved from Wisconsin to McFarlane’s site in Vinland, which is an unincorporated Douglas County community between Baldwin City and Lawrence. I’ve got an interview with McFarlane officials and will report more tomorrow.