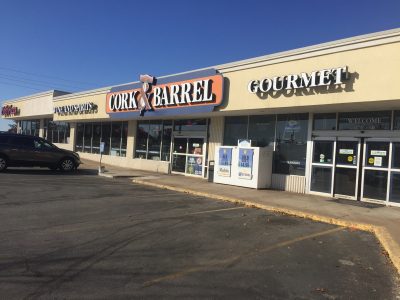 It is embarrassing to think you are in a mega liquor store only to discover at checkout that you are in an ethanol plant. Soon, Lawrence residents will be able to take that worry off their lists. A longtime liquor store plans to open a giant 29,000-square-foot store along 23rd Street.

The owner of the Cork & Barrel store at 23rd and Iowa streets has signed a deal to take the remaining vacant space in the old Hobby Lobby store that is basically across the street at 23rd Street and Ousdahl Road. If you are having a hard time picturing the location, it’s next to the Harbor Freight tool store and shares a parking lot with a new Starbucks. Look for the new store to open in July.

The current Cork & Barrel store already is a big liquor store by Lawrence standards, at 13,000 square feet. But at 29,000 square feet, the retailer is going to more than double its space.

“This is kind of my all in,” said Jon Smiley, who owns the 23rd Street store.

Smiley — who has owned the store since 2008 — is well aware that the liquor store industry is at a crossroads. Grocery and convenience stores now can sell full-strength beer in Kansas, online liquor sales are becoming more of a deal nationally and, if marijuana becomes legal, that product likely will compete for some of the liquor dollars in the market.

Smiley is betting that the stores that withstand the changes will be the ones that truly stand out.

“I think becoming a destination spot is going to become more important for the industry,” Smiley said.

At the new store, Smiley plans to go much bigger with tasting rooms and classrooms. He said he could envision several types of classes on pairing wine and food, plus the ins and outs of various types of spirits or craft beers. 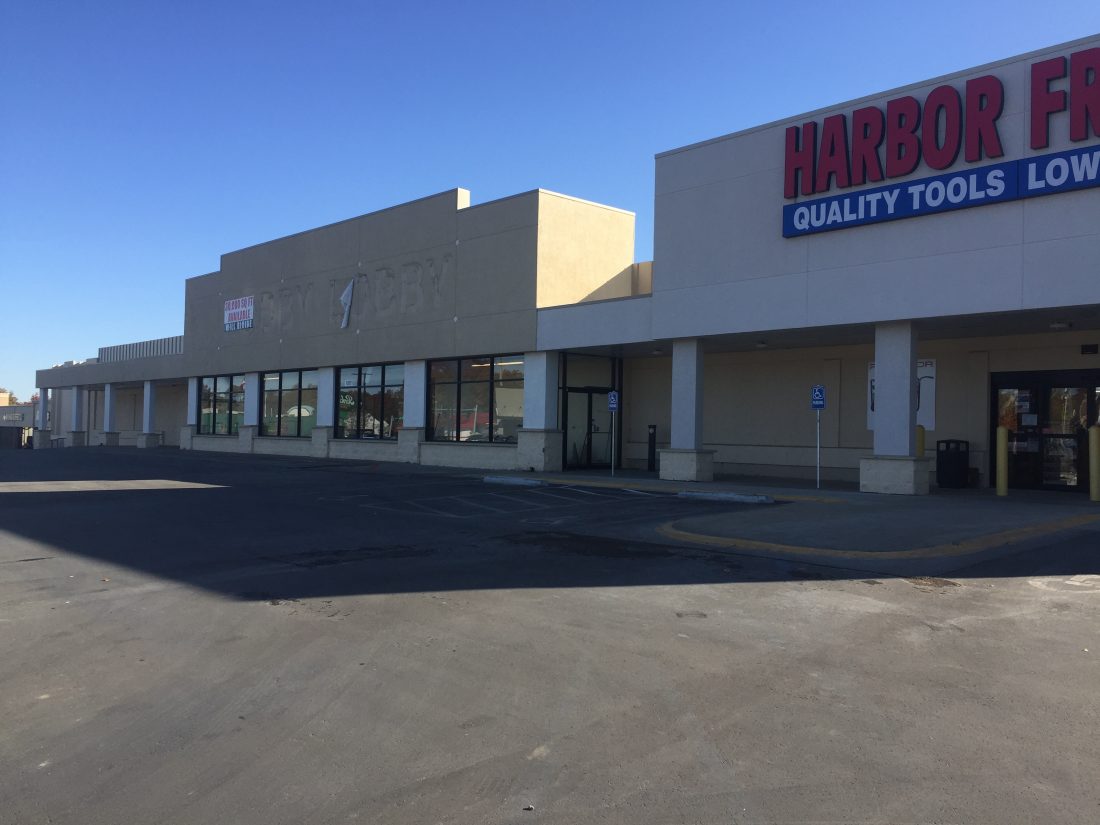 Cork & Barrel plans to move into the vacant space in the old Hobby Lobby building at 23rd and Ousdahl. The mega liquor store will be located next to the Harbor Freight tool store.

Of course, there also will just be more brands of liquor to buy at the larger store. Smiley said he’s still working on exactly how the inventory may change.

“Bourbons, though, are really hot right now, and there are so many of them,” Smiley said. “From a space standpoint, we shouldn’t have any issues stocking something.”

State law now allows liquor stores to make 20% of their revenue from the sale of nonalcoholic items. That is a relatively new addition to Kansas’ liquor law. It has allowed liquor stores to sell everything from drink mixes to soda to novelty items. Smiley said he would look at how to take advantage of that law with the new space, perhaps by adding a larger line of gourmet snack products that would pair well with certain liquors.

While mega liquor stores are not common in Lawrence, they are in parts of Kansas City. Smiley, though, said he didn’t want people to confuse Cork & Barrel with some giant corporate store. The store will continue to be a mom-and-pop operation, in part because Kansas law doesn’t allow corporations to own liquor stores. Every liquor store in the state is licensed to an individual, and no individual can have more than one license. Smiley owns the 23rd and Iowa Cork & Barrel store, while his wife owns the one at Ninth and Mississippi streets, which will remain.

“The new store will just be more of a shopping experience,” he said.

As for why he’s deciding to make the move now, Smiley said his lease was soon expiring at the 23rd and Iowa location. The new location, he said, has a parking lot that is easier to navigate. While 23rd and Iowa has a lot of visibility, it can be difficult to turn left out of the shopping center.

Plus the 23rd and Ousdahl center is going through a bit of a revitalization. After Hobby Lobby left the space to move to south Iowa Street, there was a concern that building could sit empty for awhile. But a group led by the Wichita real estate firm Walter Morris Companies has injected new life into the center. The Cork & Barrel store will fill the last vacant space at the center, and the group added space by striking a deal to put a Starbucks in the parking lot.

Now, attention will turn to how the 23rd and Iowa Street center redevelops. The center got its major piece of vacant space filled when Crunch Fitness took the former Hastings books store spot. Now, though, the other end of the center will have a large amount of vacant space. In addition to Cork & Barrel, the space next door where Cici’s Pizza once operated is now vacant.

Perhaps the owner will find a large, single tenant to take that space, but I wouldn’t be surprised if the space isn’t reconfigured to accommodate multiple smaller shops. One thing is for sure: There is plenty of money in the ownership group to make some changes. The property is owned by a group led by Columbia, Mo., billionaire Stan Kroenke.

As we reported last year Kroenke, who owns, among other ventures, the Los Angeles Rams, the Denver Nuggets and the soccer club Arsenal in the English Premier League, purchased the entire shopping center at the intersection.

Whether Kroenke has bigger plans for the center isn’t clear. Part of his business certainly is to own shopping centers, but there also has been speculation that he sees redevelopment opportunity for the site, given how close it is to the University of Kansas campus.