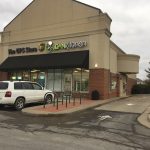 Lean Kitchen has opened in the former Little Caesars pizza shop location at Sixth and Monterey Way, the shopping center that includes Hy-Vee and a host of other businesses.

I’ve seen crazy sights at a fast-food drive thru. (I still don’t understand why that Chihuahua was taking my order at Taco Bell for a good part of the 1990s.) But I don’t think I’ve ever seen anyone get a turkey taco at a drive-thru. That, however, is indeed possible at a new type of food service company open in west Lawrence.

The Lean Kitchen Company has opened in the space formerly occupied by Little Caesars pizza in the Hy-Vee shopping center at Sixth Street and Monterey Way. Lean Kitchen Company is not exactly a restaurant, although you can use it that way if you want. Its primary purpose is a meal prep company, meaning it produces a variety of ready-to-eat meals that you can take home, warm up and put on the table.

But the company is doing something unique for a meal prep company. It is operating a drive-thru lane. Manager Corey Coburn said that means people could order ahead via the online menu, pay online, and simply do a quick stop at the drive-thru to grab their meals and go. Plus, if you are hungry now, the Lean Kitchen offers a service where they’ll heat up the meal for you in the store.

Coburn said the company, which got its start in St. Joseph, Mo., in 2016, jumped at the chance to have a location with a drive-thru.

“We are trying to make this whole process as convenient as going to a McDonald’s,” Coburn said.

They also are trying to make the process healthy, which gets us back to that turkey taco. I know what you are thinking: It has to be a pretty big tortilla to wrap around a turkey drumstick. Come to find out, that is not how you do a turkey taco. These turkey tacos feature ground turkey, a spicy tomato sauce, corn, black beans, a chipotle dressing and a few other flavors. It is a pretty good example of a type of offering the company makes available. It is healthy, but not ridiculously so.

“It is one of those things where we probably could make it healthier, but this is a healthier option for a taco, and it is a healthy option you actually will enjoy and eat,” Coburn said. “We believe if everything is just bland chicken and broccoli everyday, you aren’t going to stick to that.”

Some other examples include a shrimp and sausage meal over a bed of rice, a hamburger bowl that includes all the fixings except a bun, and barbecue and buffalo chicken dishes. If you want to be a bit more hardcore healthy, there are salmon dishes, something called “carrot fries,” and even a vegan burger option. 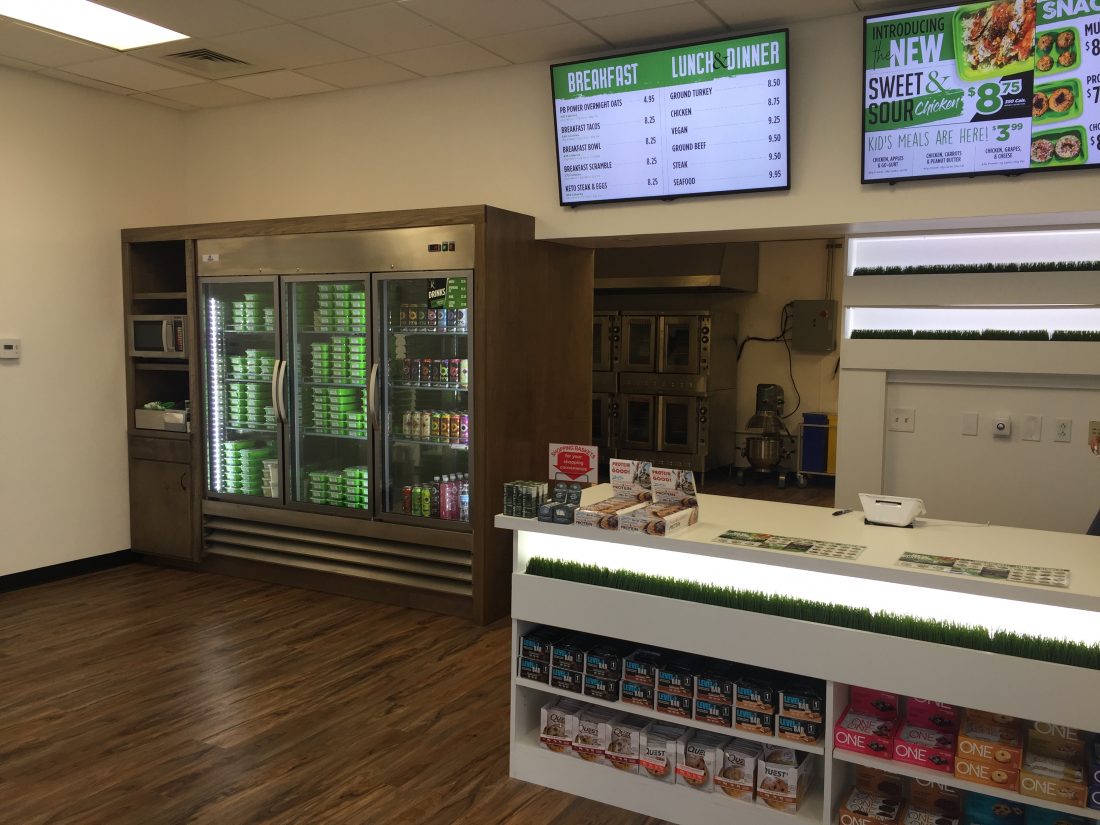 The Lean Kitchen Company offers ready-to-eat meals that customers can take home and warm up themselves, or the store has a microwave for people who are looking for a quick meal right now.

Unlike some other meal prep companies, all the cooking is done on site. The Lawrence location has big cook days on Sundays and Mondays that fill their refrigerators for the week.

Meal prices range from $3.99 for kids’ meals to up to $9.99 for some of the premium dishes that include steak or salmon. Most meals are closer to the $7.99 range, Coburn said. The company is developing plans where customers get a discount if they buy in bulk. But Coburn said the system is set up so if somebody wants just a single meal, they can buy one without signing any contracts or making any commitments to buy a certain number of meals per month.

“You can stop in any time and pick up as many meals as you want,” Coburn said.

Since getting started in St. Joseph, Mo., about three years ago, the company has expanded to 16 locations in Kansas, Colorado, Missouri and Alabama. Coburn said Lawrence made good sense because the population shows all the signs of caring about healthy eating.

“They want a healthier choice, but they want it to be convenient,” Coburn said. “We find that most people have been thinking about eating healthier. They just don’t want to cook it themselves.”