Fourth of July celebration in Burcham Park back for another year; Live on Mass concert series also to return to downtown 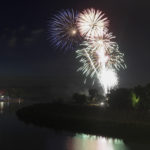 I know people who will put on a scuba suit, if needed, to set off their July 4 fireworks. Hopefully that won’t be necessary, but either way Lawrence is set to throw another Independence Day party down by the Kansas River.

Mike Logan, the owner of The Granada and Abe & Jake’s, has signed up for a second year to organize the Lawrence Go Fourth celebration, which will be an evening party at Burcham Park that is capped by a $12,000 fireworks show shot off from the nearby Kansas River levee.

Like last year, entry to the park and to the various entertainment stages will be free, while food, beer and other beverages will be available for purchase. Unlike last year, Logan has had more time to plan the event.

Last year he took over organization of the event a mere month before Independence Day. He did so after it looked like Lawrence wasn’t going to have any sort of July 4 celebration. As someone who grew up in Lawrence, Logan said that seemed wrong.

“I’ve lived in Lawrence since I was 8 years old, and I’ve gone to this dang thing every single year,” he said. 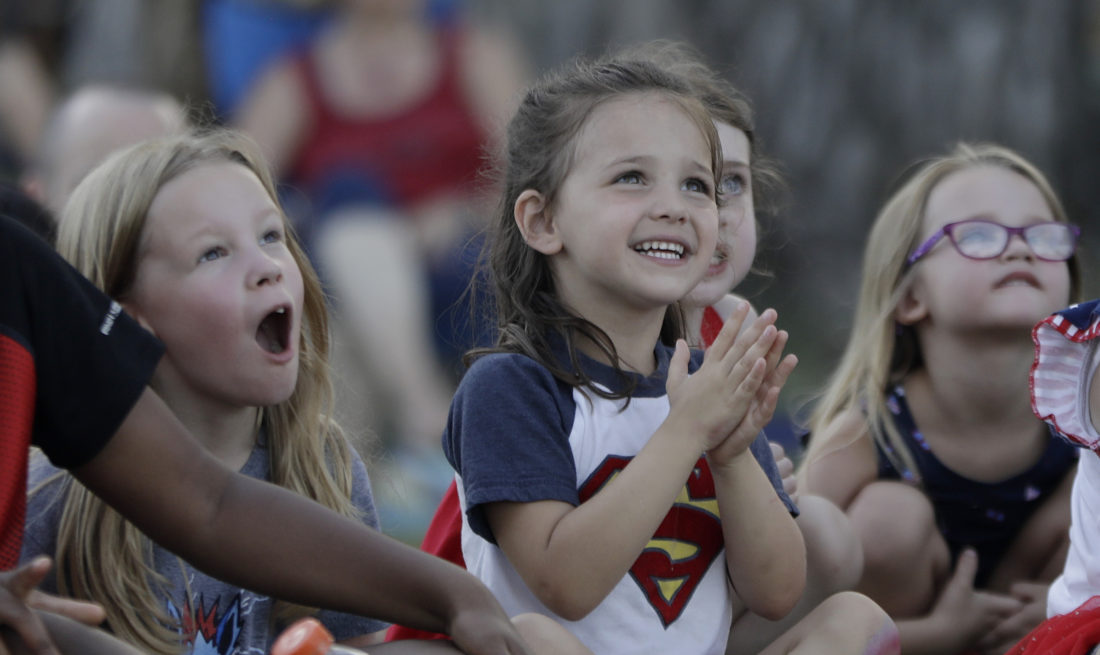 Plus, if Lawrence is serious about being a tourist and events town, it just makes sense to have a July 4 party, he said.

“We need to bring people to town,” said Logan, who estimated last year’s event had 4,800 people in Burcham Park, plus who knows how many along the levee and other viewing spots around town.

As has been a decades-long tradition, the Lawrence Jaycees Club will organize and shoot the fireworks display. Logan said last year the event made a big jump in its fireworks show, increasing the budget to $12,000, up from about $8,000 previously. This year’s show will be every bit as large, and probably a bit bigger, than last year’s, he said. Logan, though, still has hopes for an even bigger show in future years.

“I think Lawrence, at a minimum, should have a $20,000 fireworks show,” Logan said. “When you think about our supreme location next to the river and downtown, most communities don’t have anything like that.

“We need both the fireworks and the party in the park to be at the level that it causes people to want to make the trip over. We want to make Lawrence their spot for the Fourth of July.”

Logan said he is getting some good community support. For the second consecutive year, Ranjbar Orthodontics has signed up to be the presenting sponsor, and several other businesses and groups also have agreed to be sponsors. 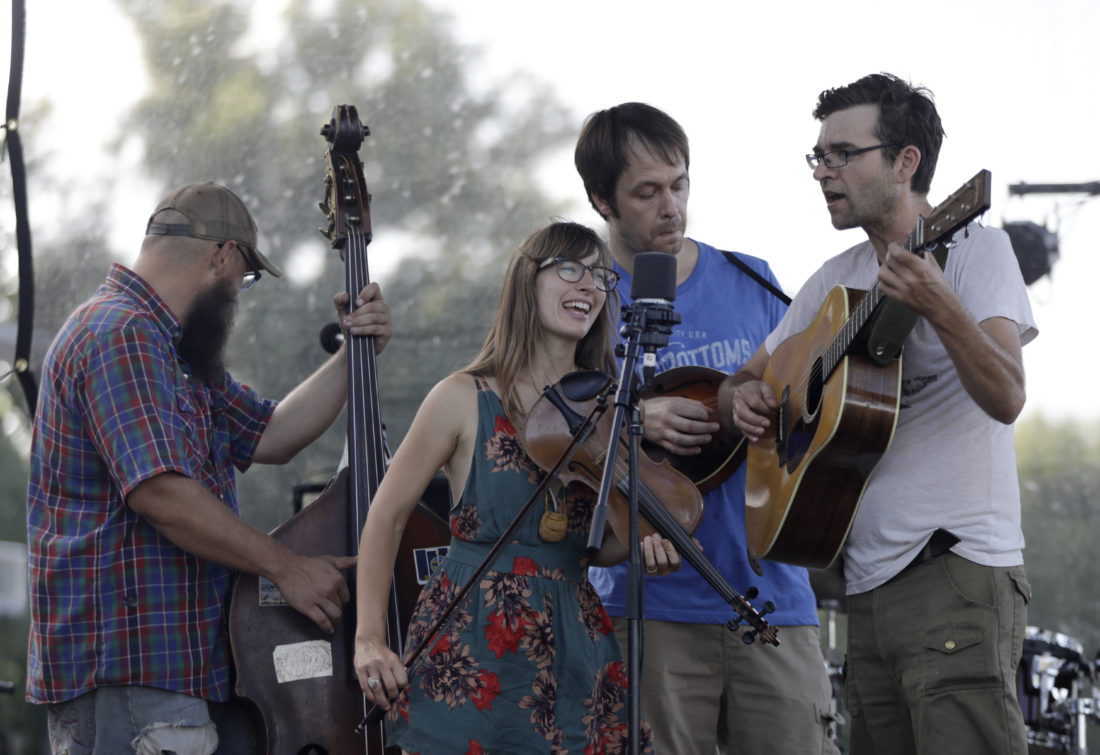 Gates to the park will open at 5 p.m. and the fireworks show is expected to begin shortly after 9:30 p.m. In the interim, there will be live music and other entertainment on a pair of stages. Here’s a look at some of the details:

• Bands include: Dylan Guthrie and the Good Time Guys, playing a mix of soul, retro pop and even a tambourine; Play Dead, a Grateful Dead cover band; and Maria the Mexican, which performs a hybrid of traditional Mariachi music and rock.

• Longtime BuskerFest organizer Richard Renner will bring a variety of buskers and street performers to the event.

• A kids zone with inflatable slides and playhouses will be available for free in the park.

• Several food trucks will be selling items, and Lawrence-based Free State Brewing Company will be hosting a beer garden at the event. 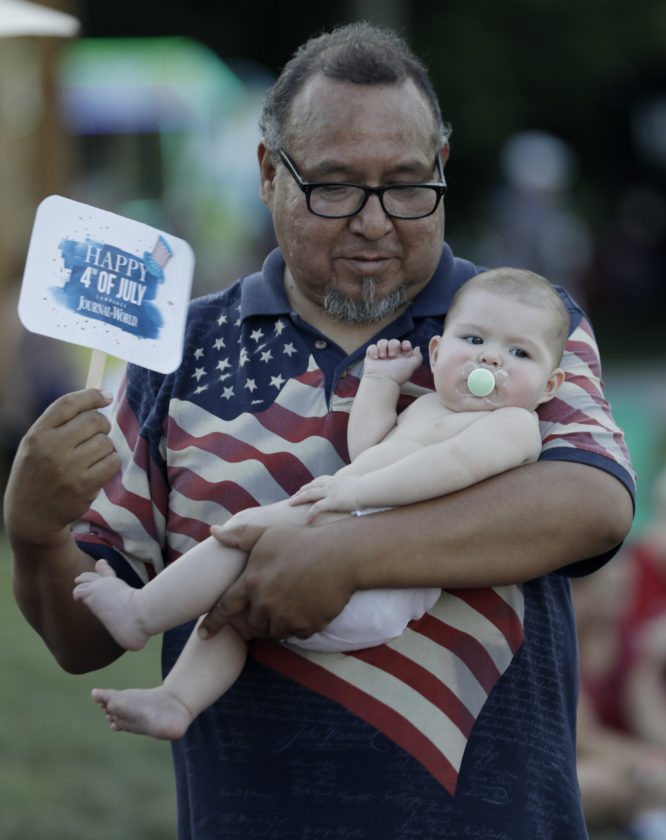 While there is some parking in the area near the park, Logan is encouraging people to park downtown. Visitors can catch a shuttle to the park beginning at 4:30 p.m. The shuttle leaves from the Lawrence Public Library at Seventh and Vermont streets. Plus, Logan said people can use the sidewalks and river trail system to walk from downtown to the park. This year the festival also is partnering with VeoRide, the bike share program that operates in downtown. The company will have plenty of bikes in downtown on July 4 for people who want to ride to the park.

And what about the idea of rain, which was such a frequent occurrence this spring? Logan has scheduled July 5 as a rain date, if the event gets washed out on July 4. If the park, which is right along the banks of the river, gets flooded, Logan has reserved space in Watson Park in downtown to have the party. The fireworks, since they are shot from the top of the river levee, should be a go even if the park is underwater.

But Logan said he’s confident the event will have good luck with the weather. It is too good of an idea to let rains or floods cancel it. He said he just loves the idea of a free event to celebrate the country’s freedom.

“It is really important that we figure out how to keep this a free event in the future,” Logan said. “I think it is just great that you can enjoy the fireworks show and the entertainment and not have spent any dollars to do it.” 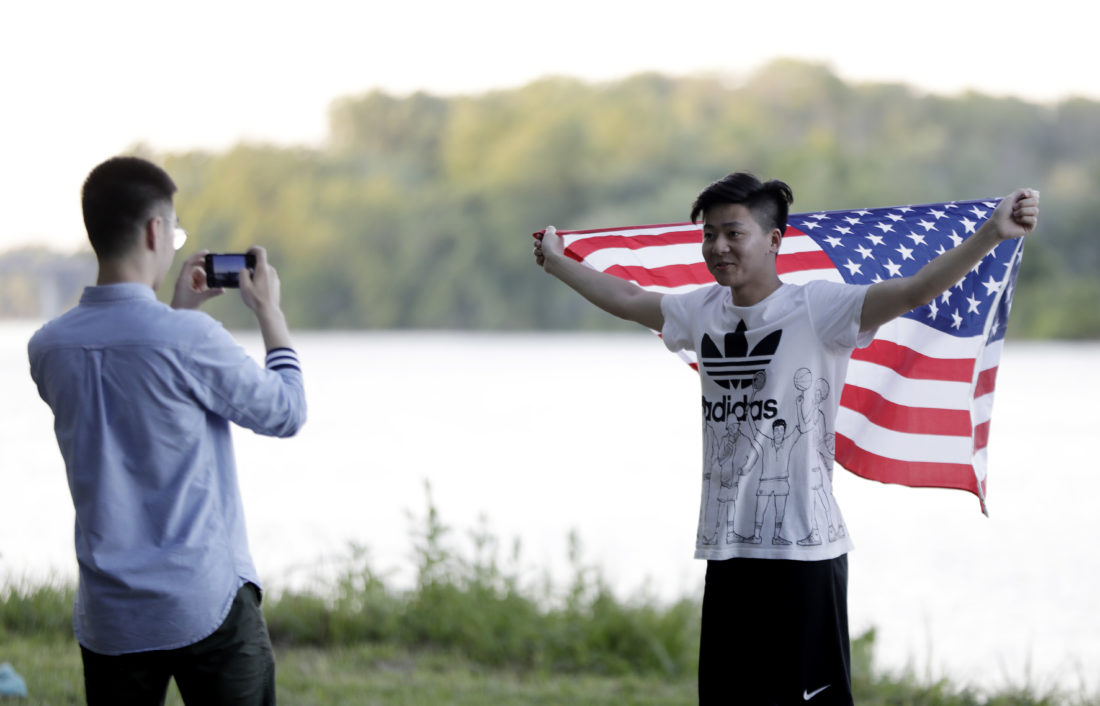 Li Jing, left, takes a photo of his friend Weng Zhuoqun along the Kansas River during Lawrence’s Independence Day celebration on Wednesday, July 4, 2018 in Burcham Park. Jing and Zhuoqun, both from Beijing, are studying at KU this summer.

Logan and his events company also are hosting several other outdoor parties in the near future. For the third year, Logan is hosting what he calls Live on Mass concerts in front of his Granada music venue at 1020 Massachusetts St.

If you aren’t following me, that means the 1000 block of Massachusetts Street will be shut down to allow for a stage, food vendors and a crowd. Dates and details on the events include:

• 6 p.m. July 6: Madisen Ward & The Mama Bear, which is a mother and son duo that does some fun folk-style music.

• 6 p.m. July 12: Jason Boland & The Stragglers with Cody Canada & The Departed. Logan said this is Live on Mass’ first foray in country music. The bands are what he calls Red Dirt Country, meaning some Oklahoma and Texas influences. “Think Waylon and Willie,” Logan said.

A third Live on Mass is scheduled in early September with Koe Wetzel set to play that event. All the events are free to enter, although Logan also is selling $60 VIP tickets that get you on the front row with complimentary drink tickets.

Logan said all the restaurants in the 1000 block of Massachusetts will be selling food at the event, and he’ll have various beer vendors also selling at the concerts.

When Logan first approached the city with the idea of closing down a portion of Massachusetts Street for a concert, the idea wasn’t always greeted with enthusiasm. But Logan said he thinks the last two years of Live on Mass have caused some people to warm to the idea. 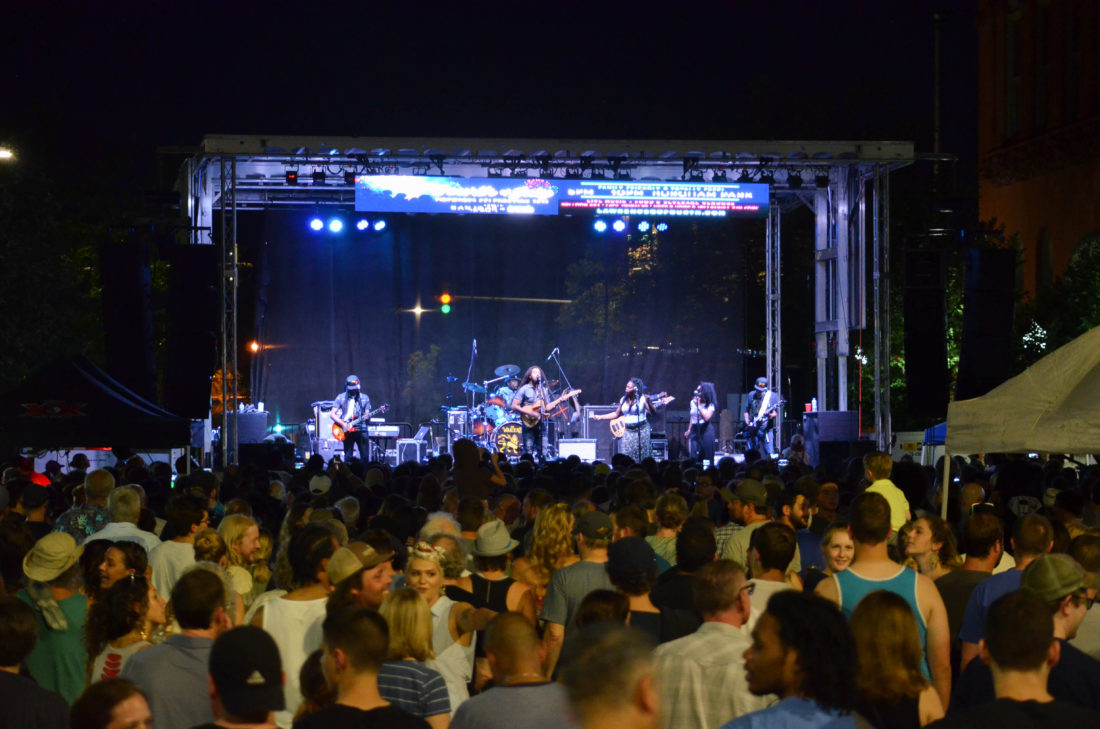 The Wailers perform an outdoor concert in the 1100 block of Massachusetts Street on Friday, June 29, 2018. The concert was hosted by The Granada as part of its Live On Mass concert series.

Logan estimated that last year’s concerts each had crowds of about 5,500 people. That’s a lot more than the 900 capacity that The Granada can have at a show. He thinks many of the concert-goers are spending money on food and drink, and some are spending the night. (Some probably even in a hotel room.)

It also helps keep Lawrence relevant on the live music scene, he said. Logan said fewer bands are coming to towns like Lawrence to play intimate gigs because they can travel from festival to festival. But playing in front of 5,000 people in a unique venue like a downtown city street holds some appeal with bands.

“They absolutely love playing for a larger crowd,” Logan said. “And there is not a person around who doesn’t love it when the weather is nice. There is just something about holding a beer in your hand and standing on Massachusetts Street. People love it, and I’m happy the city has embraced it.” 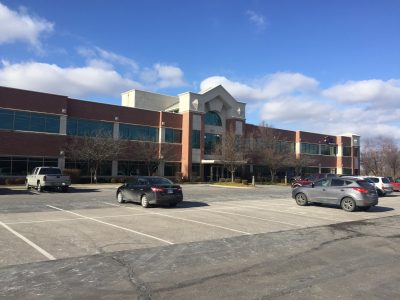