LMH begins process of looking for partners, but says it won’t be selling the hospital; look for local online rankings of doctors 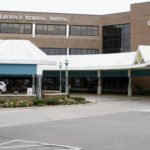 For a long time, Lawrence Memorial Hospital has been like Switzerland. (Calm down, this doesn’t involve chocolate, though it may require a trip to the ER if I keep playing with the Swiss Army knife.) Rather, LMH President and CEO Russ Johnson uses the analogy to explain the hospital’s strategy in dealing with other, often larger, health care companies.

“We have never really aligned with or fought with any health system, but rather we’ve tried to keep that field open, and through that, protect our market,” Johnson said as part of a meeting of the LMH Health board of trustees this week.

But that position may be changing. Changes in the health care world — especially in how hospitals are paid by insurance companies — have LMH looking more seriously at the idea of taking on a partner.

Probably most important is what likely won’t happen — a sale of the hospital. Any partnership probably would not involve any other entity actually owning a portion of the hospital. The board of the nonprofit hospital — which is owned by the city but independently run by the board — has been having strategic conversations for months. The consensus by board members is that LMH should continue to be its own standalone, independent, nonprofit entity.

Johnson reiterated that point as part of this week’s meeting.

“We have reaffirmed our position of being an independent, self-governed hospital in partnership with the city,” Johnson said. “That is an important position to proclaim because it is a fork in the road where we are saying we are eliminating some other models.”

Those models eliminated include an outright sale or a partial sale that would require the dissolution of the LMH board and the creation of some other boards that potentially could be controlled by outside entities.

So, those are out, but “that still leaves a lot of options,” Johnson noted.

Johnson and the board did not get into specific possibilities — or name any potential health care companies they may want to negotiate with — at this week’s meeting. But, in general, possibilities could include sharing some back office expenses like billing and information technology with another company. Or it could involve joint operating agreements for some specialty medical practices. Some communities have seen those types of partnerships with cancer and heart care, for example. The number of potential partners is also large. In Kansas City, the University of Kansas Health System, St. Luke’s, HCA and others are major players.

Johnson said a team of LMH executives has started to meet regularly about the topic to define potential goals and what the hospital could get out of a partnership. Eventually, board members will be brought into the group, and then there will be a discussion with the public too, Johnson said. He said it was too early, though, to put a deadline on the process.

“But we don’t want to get too far along without the board, the community and the medical staff understanding what this is about and where we are at,” Johnson said.

Part of the thought process also is to consider what risks a partnership could create for the hospital.

“The power of the Switzerland strategy is you can say, ‘I haven’t chosen anybody, so nobody else come after me,'” Johnson said.

The hospital markets in Kansas City and Topeka have become very competitive. There have been some signs of increased competition with the University of Kansas Health System opening an office in Lawrence, but there has not been an intense battle in the Lawrence market yet.

None of this partnership talk should come as a surprise. We’ve been reporting on the possibility since Johnson was hired in 2016. He came from a Denver-area health system where creating such partnerships was a big part of his job. Johnson said he thinks LMH is in a solid position to create a good partnership because its finances are strong.

That continues to be the case, but as we’ve reported throughout the year, LMH has been struggling to meet its budget in 2019. The May financial numbers for the hospital, which were released this week, continued that trend. In fact, the hospital actually posted an operating loss for the month, which has been a rarity for the hospital. LMH had a loss of $1.4 million for the month compared to a budget that called for $1.1 million in net income. The hospital still has more than $106 million in cash and investments and has a strong balance sheet. But hospital leaders have acknowledged a shift in some financial trends. Look for more coverage on that after the hospital releases its finances next month, which will be the halfway point for its fiscal year.

One other hospital note: Look for LMH to start posting user-generated ratings of the hospital’s doctors later this year.

Janice Early, vice president of marketing and communications, said LMH Health is creating a system that uses the surveys that patients are asked to complete. LMH works with a national company that tabulates the results and also lets LMH see how it compares to other hospitals that are part of the same survey system.

Early said she expected the ratings and user comments for about 80 hospital-employed physicians to begin showing up on LMH websites in the fourth quarter of this year. She said the hospital will be posting both positive and negative feedback, and intends to only exclude comments that violate basic policies such as using profanity or violating health privacy regulations.

She said that the hospital has processed about 4,400 survey responses, and currently the average ranking for the hospital doctors is a 4.8 on a 5.0 scale.