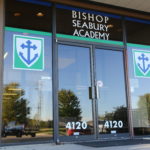 When I was in school, I always was nervous to have class in one of those portable trailers. Too many of my teachers had a pickup truck with a hitch. The students at Bishop Seabury may not have the same anxiety, but, regardless, they soon won’t have to deal with those portable classrooms. The Lawrence private school has started construction on a multimillion-dollar expansion.

We reported in April that officials at the school — which teaches students in grades 6-12 — had filed plans for an expansion at the campus along Clinton Parkway. But we also noted the plans were still tentative, as they were reliant on fundraising.

Well, the school already has raised $4 million for the project, and construction started recently. The project is expected to be completed by June 2020. The expansion at 4120 Clinton Parkway will add:

• a larger commons area that will connect the two main academic buildings of the school.

“We have grown consistently in the last 13 years,” head of school Don Schawang told me this week. “We are at the point now where for us to focus consistently on small class sizes, which is the bread and butter of our mission, we need to have more space.” 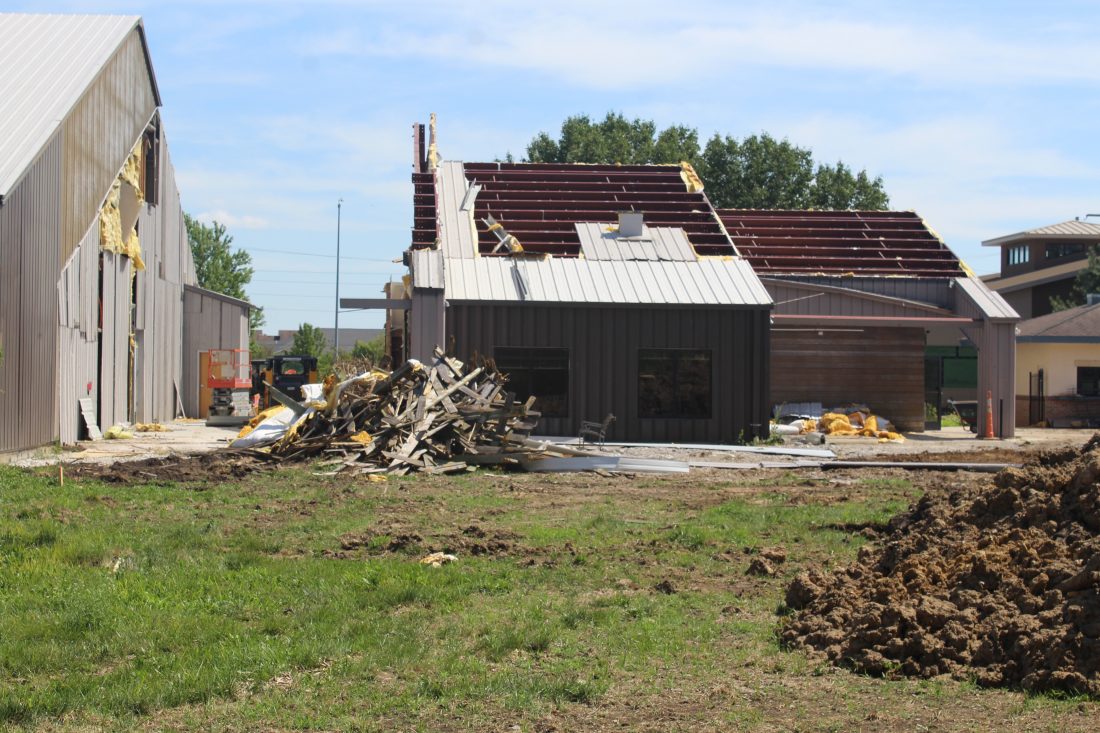 Construction work is underway on a $5.4 million expansion of Bishop Seabury Academy at 4120 Clinton Parkway. The private school is located on the former grounds of the Alvamar Country Club’s swim and racquet club. The school is building over the former swimming pool area to add classrooms, a larger commons area and other amenities.

The school, which touts itself as a independent college preparatory school, currently has 223 students. Schawang said the school has projected that enrollment would soon land at 252 students — or seven classes of 36 students.

The school, though, strives for actual classroom sizes to be 12 to 15 students for any one course. During the last school year, Bishop Seabury needed two portable classrooms to maintain those small class sizes. Next school year, it actually will need three because of the construction that will be underway. But once the expansion is complete, the school will operate without portable classrooms.

“We are excited to be able to do this for the students and the teachers to give them room to stretch their legs,” Schawang said. “Our tag line always has been to explore your potential. This additional space is fundamental to that mission.”

The entire expansion project is expected to cost $5.4 million. Schawang said $4 million has been raised thus far, which gave the school confidence in starting the project. Private fundraising for the remainder continues, and the school also would consider a phase II expansion if funds materialize.

But the school is not currently eyeing an expansion that would broaden the age range of students it serves. It currently serves sixth through 12th grade students, and Schawang said that was where the school wanted to remain.

“We haven’t set our sights beyond that at the present time,” he said.

The expansion continues a trend of private schools in Lawrence undertaking big improvements. St. John Catholic School added a performing arts center and other space at its central Lawrence campus in 2017. More recently, Veritas Christian School has filed plans to build an entire new school building and gymnasium on rural property near U.S. Highway 59 about three miles south of Lawrence.

Schawang said there is a renewed interest in private education in Lawrence. The schools, though, do have to make improvements to keep up with amenities that may be offered in the public schools. The science lab addition at Bishop Seabury, for example, is a key part of the school’s expansion.

“That is the most dramatic improvement we will make,” Schawang said. “Those classrooms will be very large and well equipped. To have the labs and the lecture space in the same room will be a marked improvement.”

Schawang said interest in private schools in Lawrence was growing for a variety of reasons. He said many parents said they just felt a connection to a smaller school and the type of community it created. The smaller class sizes, he said, also are a big selling point.

“It is difficult for a student to disappear in a classroom at this school,” he said. 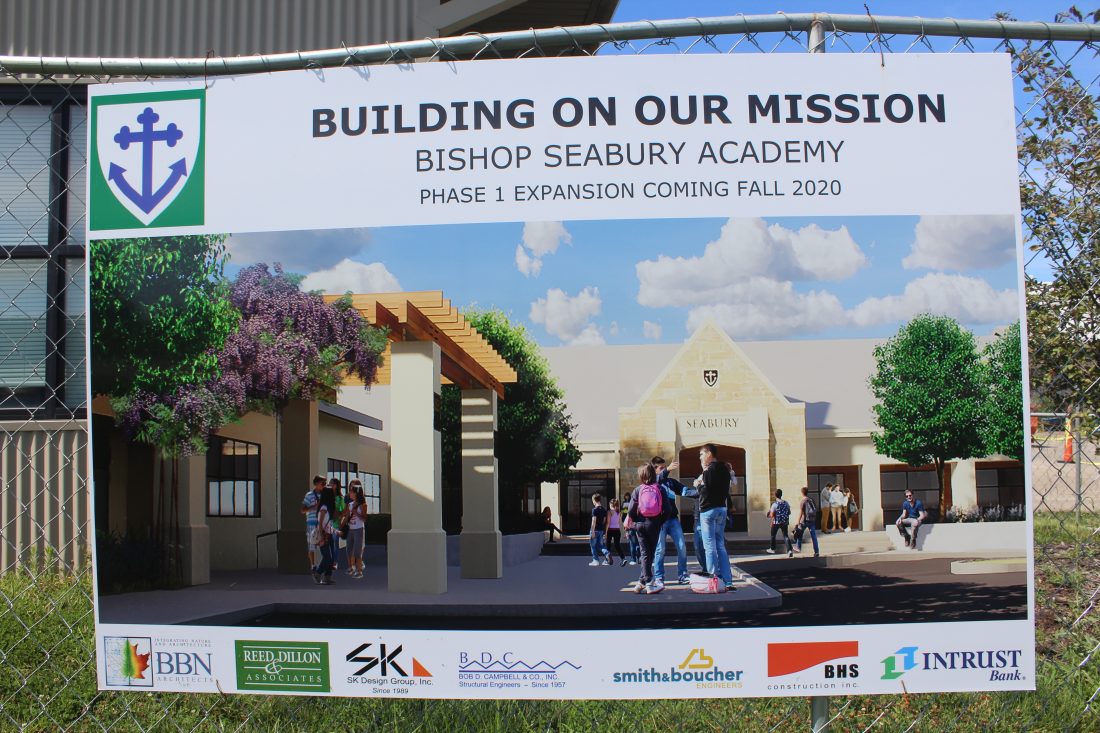 Construction work is underway on a $5.4 million expansion of Bishop Seabury Academy at 4120 Clinton Parkway. The private school is located on the former grounds of the Alvamar Country Club’s swim and racquet club. The school is building over the former swimming pool area to add classrooms, a larger commons area and other amenities.