Lawrence housing prices jump by more than 13 percent in 2018; buyers show signs of pulling back 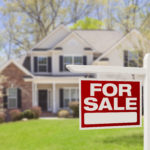 The new number in the Lawrence housing market is $200,000. While Lawrence housing prices have been causing people to wring their hands for years, statistically speaking, the odds were in your favor of finding a home in town for well below $200,000. A new report shows a dramatic increase in home prices has changed that.

Lawrence housing prices in 2018 grew at their fastest rate in recent memory, and the median selling price of Lawrence homes topped the $200,000 mark for the first time, according to figures from the year-end report by the Lawrence Board of Realtors.

The median selling price of Lawrence homes jumped by 13.4 percent in Lawrence during 2018. While community leaders have been talking about rising housing prices for years, the 2018 jump in prices is a big departure from past years. During the last five years, the largest increase in median selling prices has been 5.3 percent in 2016. This year’s market more than doubled that.

The numbers likely will add fuel to an already serious discussion about affordable housing ahead of this year’s City Commission elections.

“We remain very concerned about housing affordability in our community,” Greta Carter-Wilson, president of the Lawrence Board of Realtors, said in the organization’s report.

“I think that jump is gigantic,” Vice Mayor Jennifer Ananda said of the increase in selling prices.

Figuring out how to address rising prices, though, will be a hefty project as well. Ananda said more work is needed to figure out what factors are at play. On the one hand, there may be a true shortage of lower-priced homes on the market. Or lending practices in the community also could be playing a role, she said. If only higher-income individuals are qualifying for home loans in the city, that would make it more likely that higher-priced homes are what’s selling in the market, pushing up the average price as a result. Then there is the rental market. Ananda said she wants to better understand how people who buy lower-priced homes to convert them into income-producing rental units are impacting the market.

There are some signs that the market itself may start to push housing prices lower. The other big finding in the year-end report is that the total number of Lawrence homes sold in 2018 declined by 2.9 percent to 1,226 homes. That’s the first time sales have declined in Lawrence since 2014.

It isn’t clear from the numbers alone whether that is a sign that homebuyers began to balk at prices or simply couldn’t find the homes they were seeking. Traditionally, though, as the number of sales begin to fall, prices also begin to weaken.

The numbers, though, do show that availability of homes remains a concern. Real estate agents for the last several years have been talking about a short supply of homes on the market. In 2018, the trend showed signs of stabilizing, but is far from historic norms.

Other facts and figures from the Board of Realtors report include:

• While the number of homes sold declined, the total dollar value of all homes sold in the market increased in 2018. Agents sold $291.7 million worth of homes in 2018, up 7 percent from 2017 totals

• Of the 219 homes on the market in December, 144 of them were priced at $200,000 or above. In the $100,000 to $149,900 range — which is a prime one for starter homes in Lawrence — there were 31 homes on the market. Those 31 homes would satisfy about 1.6 months worth of demand, based on past sales history, the report said. Such little demand is a sign that it is a seller’s market for those types of homes. Real estate agents say a market is roughly balanced between buyers and sellers when there is a five to six month supply of homes on the market.

• 2019 appears to be off to a slower start than 2018. Agents ended the year with 43 contracts for sale, compared to 76 in December 2017. Contracts for sale are a good indicator of how many actual sales will take place in the coming months.