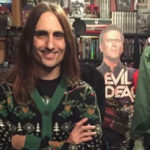 Terry Taylor, owner of the new vintage toy shop 1313 Mockingbird Lane, with a portion of his toy collection.

When you are 45 years old and have been collecting toys all your life, at some point you have to decide to do something out of the ordinary. For Terry Taylor, that means opening a vintage toy shop on Massachusetts Street.

And just for good measure, the store will dabble in a bit of small-scale taxidermy as well.

What in the heck am I talking about? The new shop will be called 1313 Mockingbird Lane, which fans of the program “The Munsters” may recognize as the address of the mansion that the family of monsters lived in. Don’t type that into your GPS, though. The store will be located at 1021 1/4 Massachusetts St., which is a tiny spot in between Aladdin Cafe and Supersonic Music.

Look for the store to have lots of figurines and other collectibles from franchises such as “GI Joe,” “Star Wars,” “Transformers,” “Harry Potter” and “Star Trek,” along with a whole bunch of horror franchises, which produce some of Taylor’s favorite types of toys.

Then, there is the taxidermy. Taylor’s wife, Liz, has a side business called Flawed Fox Creations. It takes the remains of small animals like squirrels, rabbits, birds and other such creatures and “makes them look like royalty,” Terry said.

“Maybe more like a Queen Elizabeth,” Terry said. (That makes more sense. Not many squirrels have the cheekbones to pull off Prince Charles.) 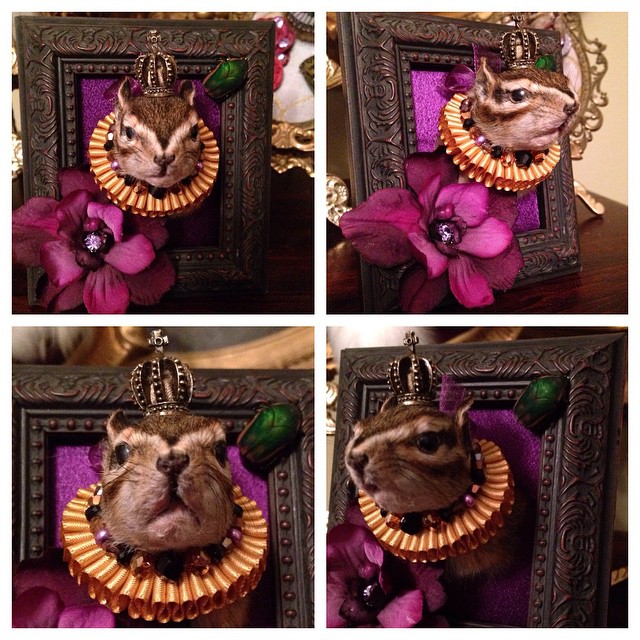 Lawrence-based Flawed Fox Creations uses taxidermy to make small animals look like royalty. Several of the company’s creations will be on sale at the new vintage toy shop 1313 Mockingbird Lane in downtown Lawrence.

Liz has been making the taxidermy creations for years, and they’ve been popular online. The store plans to keep several of them in stock, but probably not as many as Terry would like.

“If it didn’t take her 20 hours to do one, we probably would have a lot more of them, because they do pretty well,” Terry said.

In case you are wondering, all the animals used in the taxidermy are ones that “have passed naturally and we have gathered.”

Yeah, I don’t know what to tell you. He is a fan of “The Munsters.”

There are probably certain sensibilities you will want to check at the door at 1313 Mockingbird Lane. The main emotion the store hopes to create is fun, Terry said — plus some camaraderie.

He said part of the reason he decided to open the store is because after more than four decades of collecting, you start to run out of space to store everything. Obviously he could sell the merchandise online, but that retail trend is taking away something valuable, he said.

“With the closing of Toys R Us, Borders, Half Price Books, Hastings, the places where you could physically go have a great conversation and buy a toy have really gone by the wayside,” Taylor said. “I don’t go out to the bars or do that type of socializing, so places like Hastings were great for people like me to go talk to people and nerd out over the latest toy.”

Some of you may recognize Terry Taylor, even if you are not a toy nut. Taylor spent almost 30 years as a touring musician with the Lawrence-based bands Hammerlord and Nodes of Ranvier. He’s also a co-founder of Lawrence-based Mammoth, a concert and events production company.

Taylor, though, said he ultimately decided to give up the life of a full-time musician, and he now has a job as a respiratory therapist at an area hospital.

The toys, though, are something he has no plans to quit. A lot like music, they can take you to another time and place, he said.

“I think for a lot of us, toys are about reliving awesome, really happy points in our life,” Taylor said. “I’m constantly living in a state of nostalgia.”

Taylor hopes to have the toy shop open on Feb. 9, and it will have regular hours Thursday through Sunday.