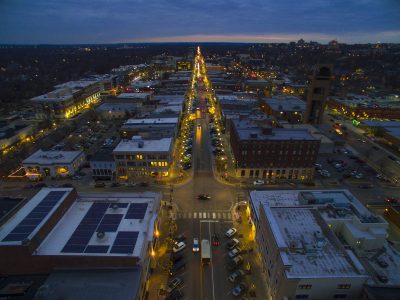 It is the time of year for rankings. (In my ranking of children, my son fell to No. 5 on my list of two kids after I told him he could get me some music CDs for Christmas. He said he’d stop by the CD store next to the Blockbuster.) Lawrence, however, is not suffering such a fate. It has taken a big jump up in a ranking of best college towns.

The latest rankings, though, do show Lawrence is still a bit like the CD business: It could be better. Lawrence ranked No. 68 out of 200 small college towns in the U.S., according to the latest ranking from the financial website WalletHub.

Take the rankings for whatever you think they are worth. They are from WalletHub, which at times has some pretty odd rankings. (It also seems to think a wallet is a hub, while mine is much more of a transfer station. Money sits in it for a brief time before it somehow ends up with my teenagers.) But the ranking does look at a lot of good underlying data, including housing costs, student debt levels, entertainment and food costs, crime rates, median incomes, higher education rankings, job growth rates and several other factors.

Lawrence evidently did better in several of those categories than it did last year. Lawrence jumped to No. 68, up from No. 100 in last year’s rankings. That 32-point jump appeared to be one of the biggest among all cities.

I can’t easily tell from the report what categories Lawrence improved in from last year, but I can see that our best scoring area is something called “social environment rank.” We ranked 163rd out of 415 communities in that category, which measures things like nightlife options per capita, breweries per capita, food trucks per capita and the number of college students per capita. Lawrence ranked 166th in the “wallet friendliness” category, which looks more at housing costs, food costs, student loan debt and other such figures. Our lowest ranking category was “academic and economic opportunities,” where Lawrence ranked No. 271, or in the bottom half, of the 415 cities that were studied.

While the report ranked more than 400 cities in total, it created subrankings based on population. Lawrence was ranked in the small cities category, which is considered anything below 125,000 people. Six Big 12 cities are in that category. Last year, Lawrence was last among that group of six. The 32-point increase changed that, but not enough for us to take the top spot. Here’s a look:

While the WalletHub ranking does seem to look at more data points than many of the other college town rankings that come out, it also looks at a lot more communities. It doesn’t confine itself to looking only at cities with Division I schools, for instance. But I did look at the top 20 cities ranked in the small-city category to find those that I consider to be home to a major university. These are often some of Lawrence’s peer university communities. Here’s a look at that list:

• Charlottesville, Va., University of Virginia: No. 7

• Berkeley, Calif., University of California-Berkeley: No. 15

Someday, it probably would be good for Lawrence to land on that list. But, the good thing about college town rankings is that there are no shortage of them. Lawrence earlier this year ranked No. 19 on a ranking published by USA Today and Wall Street 24/7, although it appeared to be nothing more than a list of the cities with the highest per capita number of students.

A bit more advanced ranking that we did report on in October came from the website livability.com. It ranked Lawrence No. 6 among all college towns in the U.S. But while WalletHub said our standing as a college town improved, Lawrence actually dropped two places in the livability ranking. And, for what it is worth, it ranked Manhattan as the second best college town in all of America. 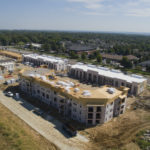