LMH Health is pictured in a file photo from October 2018.

Right out of college, a medical emergency landed Janice Early in Lawrence Memorial Hospital for three weeks, including a stay over Christmas. The experience and care she received stuck with her.

Years later, when she was working in Kansas City and saw an advertisement for LMH’s director of community relations, she knew what she needed to do.

“I immediately thought, ‘I have to have that job because that is my hospital,'” Early said.

That was in 1992. Since then, Early has become the hospital’s vice president of strategy, marketing and communications, and she’s become the longest tenured member of LMH’s senior leadership team. Members of LMH’s Board of Trustees on Wednesday were told that Early is retiring from the position at the end of this month. 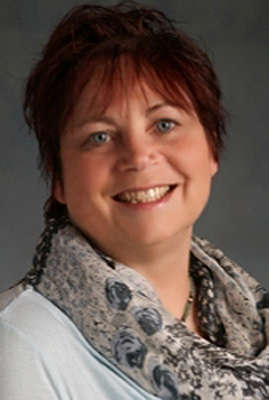 “You have always desired to do good and remind us about what comes first,” Russ Johnson, president and CEO of LMH Health said at the meeting. “I appreciate everything you have done in this community to help build a hospital the community loves and trusts. I’m not sure how a chief marketing executive can do better than that.”

Early will stay on with LMH Health in a part-time capacity through 2020 to lead preparations for LMH’s recognition of its 100th anniversary, which will be in January 2021, Early said.

In a memo to hospital staff, Johnson said he is consolidating the senior leadership role with an existing staff position. Rebecca Smith, who serves as the executive director of the LMH Health Foundation, will add the title and duties of vice president of strategic communications. Amy Northrop, who currently is director of strategic development and implementation, will become the director of marketing, communications and community engagement for LMH Health.

Early said she had been contemplating retirement for a while and decided to make the change after learning that she could move into a part-time role that would allow her to lead the hospital’s commemoration of its 100th anniversary. She said she pictured her dream retirement job as being the archivist for the hospital, and this new position will allow her to delve into the hospital’s history and share it with the community.

She said, however, she will miss her old role, particularly the stories that she was able to tell about hospital staff and the patients LMH served.

“It has been a real privilege to get to do that,” Early said. “I hope in some small way people are encouraged by those stories. I have always felt like my mission is to inspire confidence and trust in the care that is provided here. That has been my lifelong work, and I think we have had some really remarkable improvements over the years.”

Early’s pending retirement is the second major change in the hospital’s executive leadership team in recent weeks. As we reported last month, Joe Pedley, chief financial officer for LMH, is retiring this week. Wednesday was his last board meeting at the hospital. Deb Cartwright began her position as LMH Health’s CFO earlier this week. Cartwright previously was a regional CFO for Prime Healthcare Services in Kansas City.

In other news from the LMH board meeting:

• Board members continued a discussion about whether LMH needs to create a formal partnership with another hospital company in order to better compete in the health care industry. However, most of that discussion took place in closed session.

During the open meeting, however, Johnson again reminded the board that he thinks the health care industry is poised for significant change, and that LMH will have to change with it.

“I do think the future is full of strategic and tactical change that will challenge our notions of who we think we are, the structure of how we’ve done business, and even how we organize ourselves,” Johnson said. “I continue to beat that drum that we must be a place that weathers change very effectively.”

Johnson and the board previously have said they are not looking to find a buyer for the nonprofit hospital, which is run by a board of trustees appointed by Lawrence city commissioners. The board has said it expects LMH to remain its own entity, but the hospital could enter into a partnership that would align it in many different ways with a larger hospital company.

Johnson and the board have not publicly identified any potential partners. The University of Kansas Health System operates hospitals on both sides of Lawrence with facilities in Topeka and Kansas City. Stormont Vail in Topeka also is a larger system that has some physician presence in Lawrence currently. The Kansas City market also is home to several large hospital companies, including Saint Luke’s, HCA, Prime Healthcare, AdventHealth/Shawnee Mission Health, Truman Medical Center and several others.

• Board members unanimously approved LMH Health’s 2020 budget. As we reported last month, the budget calls for revenues to come in over expenses by about $1.6 million for the year. That would reverse an expected operating loss of more than $10 million that the hospital is projecting for 2019. As we’ve reported, the hospital has undertaken a strategic initiative that is designed to create about $14 million in cost savings or new efficiencies in 2020.

• Board members heard that work continues to progress well on an approximately $100 million LMH outpatient facility that is under construction near Rock Chalk Park in northwest Lawrence. The facility is expected to open in the fall of 2020. The board was told that LMH currently is working on a project to fill the public areas of the facility with a lot of local art. The new facility will have space for about 55 pieces of new and original local art, Johnson said. The main lobby area of LMH’s hospital at Second and Maine streets also is going to be rearranged slightly to accommodate a small gallery that also will feature a rotating list of local artists.