A new fast-food Mexican restaurant, plus other updates on 23rd Street 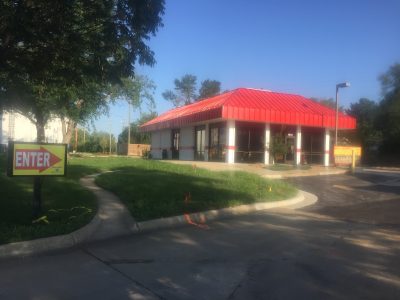 Pancho's Mexican Food is opening at 1618 W. 23rd Street with a fast-food menu and a 24-hour drive-thru business.

Let’s do an update on some 23rd Street projects. “Soon” is the key word on that street, just as it is the key word I keep repeating to my kids who have taken on that late-summer feral look. Soon school will start, and soon a couple of new businesses will open on 23rd Street.

The “coming soon” sign is up for what appears to be a new fast-food style Mexican restaurant. Pancho’s Mexican Food is going into the spot that briefly housed the Potbelly’s sandwich shop at 1618 W. 23rd St. Pancho’s is slated to be open 24 hours a day — with menu items that combine items such as nachos and french fries — so, if you are not careful, a different type of potbelly might make a comeback at the location.

I’ve got messages into the Pancho’s folks, but haven’t yet heard back from them. All indications are that they are more of a regional chain than many fast food Mexican restaurants. My friend Mr. Google indicates the company operates a Pancho’s in Topeka and also several in Johnson County and the greater Kansas City area.

The restaurant’s drive-thru menu board is up at the Lawrence location, so I walked through the drive-thru lane for a look. (It did bring back memories of days when I had burrito money but not gas money.)

Look for Pancho’s to serve up a host of value-priced Mexican dishes, with a few American twists. The menu features about a dozen burritos, including traditional offerings with beef, pork and chicken, but also some seafood-based offerings of fish and shrimp. For good measure, the menu also includes a Mar y Tierra, which features shrimp, steak, rice, guacamole and french fries.

In fact, the French — apparently jealous that they don’t have their own fast-food restaurants — are all over this menu with their fries. The menu includes a handful of other burritos that are stuffed with fries, plus it also includes Carne Asada Fries — a meat and fry dish — and Country Fries, which features fries that are smothered with grilled chicken, jalapeños, nacho cheese and sour cream. A bit unusual for a fast-food Mexican restaurant, Pancho’s also will serve tortas, which are Mexican sandwiches with a side of fries. Pork, chicken, sausage, beef and something called machaca, which usually is a combination of dried beef and pork and some vegetables.

Also on the menu are breakfast burritos that are served all day, traditional tacos, rolled tacos and several other sides and combination platters.

But the pending opening of Pancho’s does return some luster to 23rd Street’s claim as the capital of fast-food Mexican in Lawrence. The stretch of street had recently lost Taco John’s at 23rd and Ousdahl to make room for a new Sprint phone store, and Qdoba closed its restaurant just west of 23rd and Ousdahl.

The Pancho’s location sets up a potential battle with one of Lawrence’s longest-running locally owned restaurants. Border Bandido, which also has a quick service type of Mexican menu, is basically just a couple of doors down from the Pancho’s location.

• We know a bit more about the second business that has a “coming soon” sign on 23rd Street. Work appears to be nearly complete on a new drive-thru Starbucks at the southwest corner of 23rd and Ousdahl.

We’ve previously reported on that development months ago, but if you haven’t driven by lately, you’ve perhaps forgotten about the newest location for the coffee chain. Here’s a photo showing how far along that project has progressed. 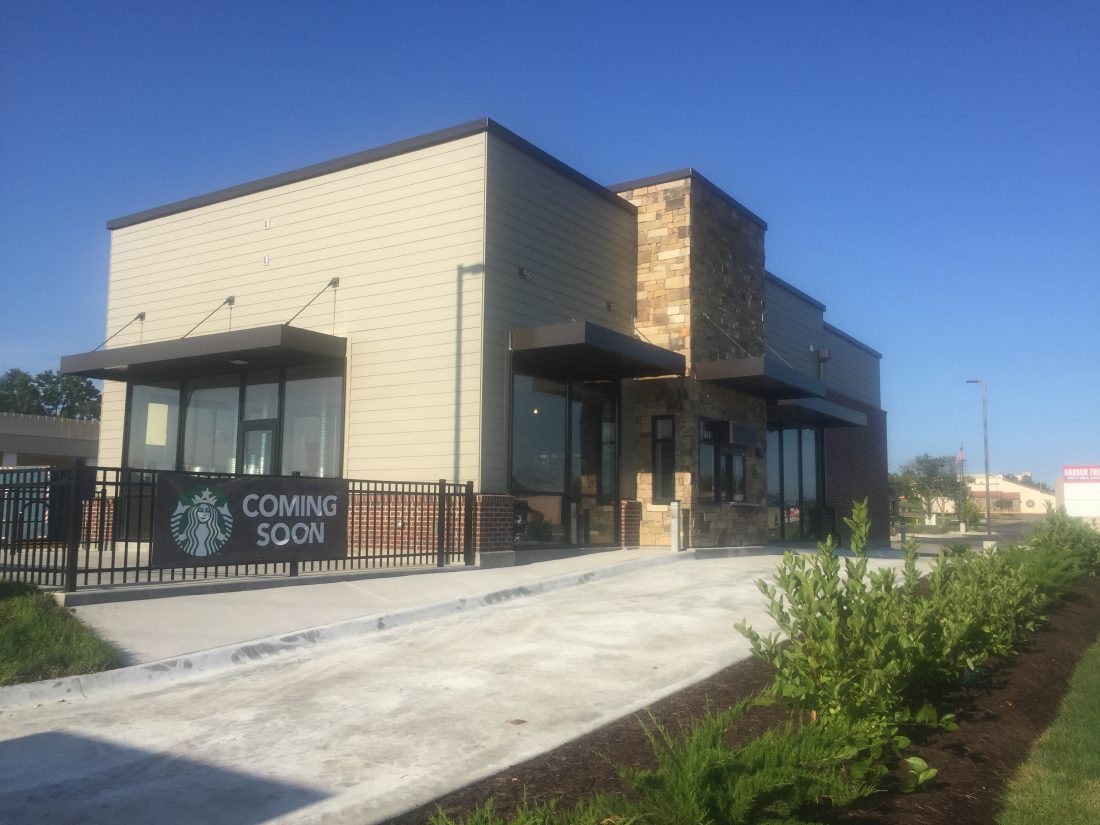 A new Starbuck’s with a drive-thru and patio seating is scheduled to open in the coming weeks at 23rd and Ousdahl.

• Also in the category of “if you haven’t driven by in awhile,” the location that used to house Party America now has a bulldozer on it. That generally is the sign of a really good party. In this case, though, it is the sign that construction work is underway on a major retail and apartment project for 23rd Street.

We reported back in January that plans had been filed to raze the shopping center at 1401 W. 23rd St. to make way for a three-story apartment and retail building on the site. Indeed that work has now begun.

The project is much the same as we’ve reported — about 120 apartments and about 8,000 square feet of retail space — but the construction work has definitely changed the look of one of the larger parcels on 23rd Street. Here’s a look at the site. 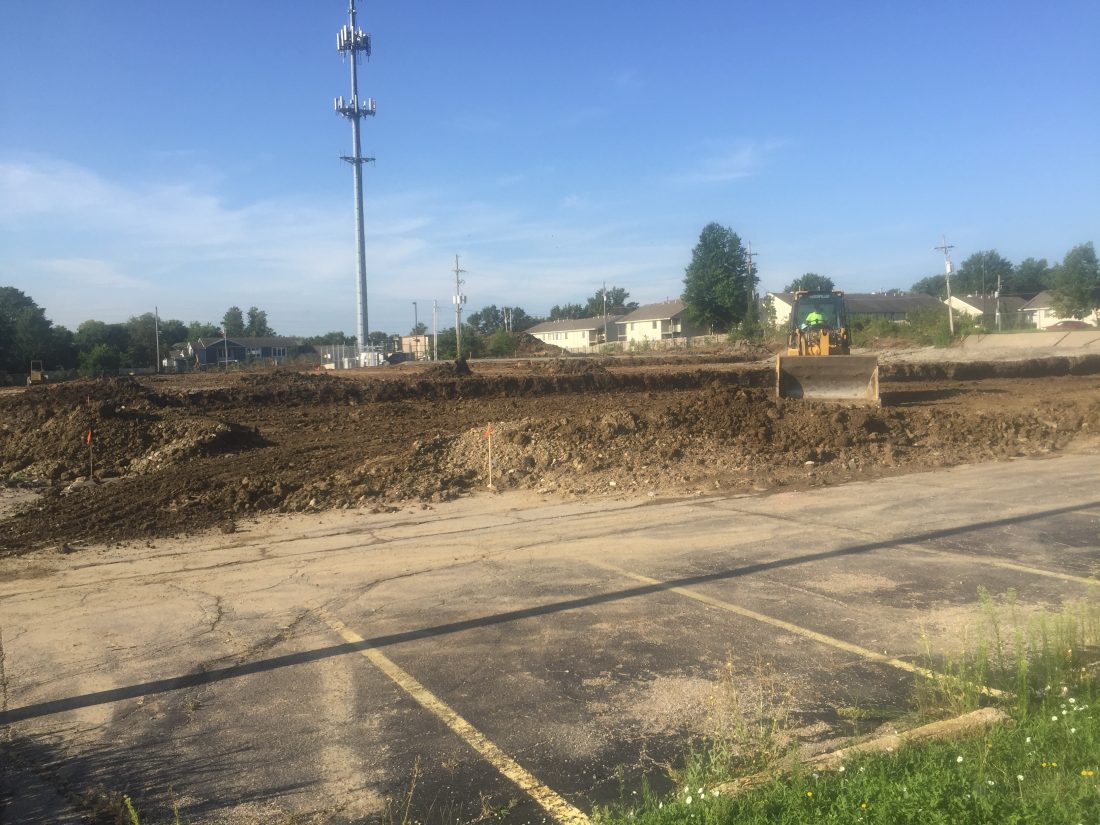 Construction work is underway at 1401 W. 23rd Street. The shopping center has been razed to make way for a three-story retail/apartment building that will open in the summer of 2020.

Also, here’s a look at the latest rendering for the project, courtesy of a new sign at the site. As you can see, the development firm, The Opus Group out of Minneapolis, is expecting the project to be completed in summer of 2020. 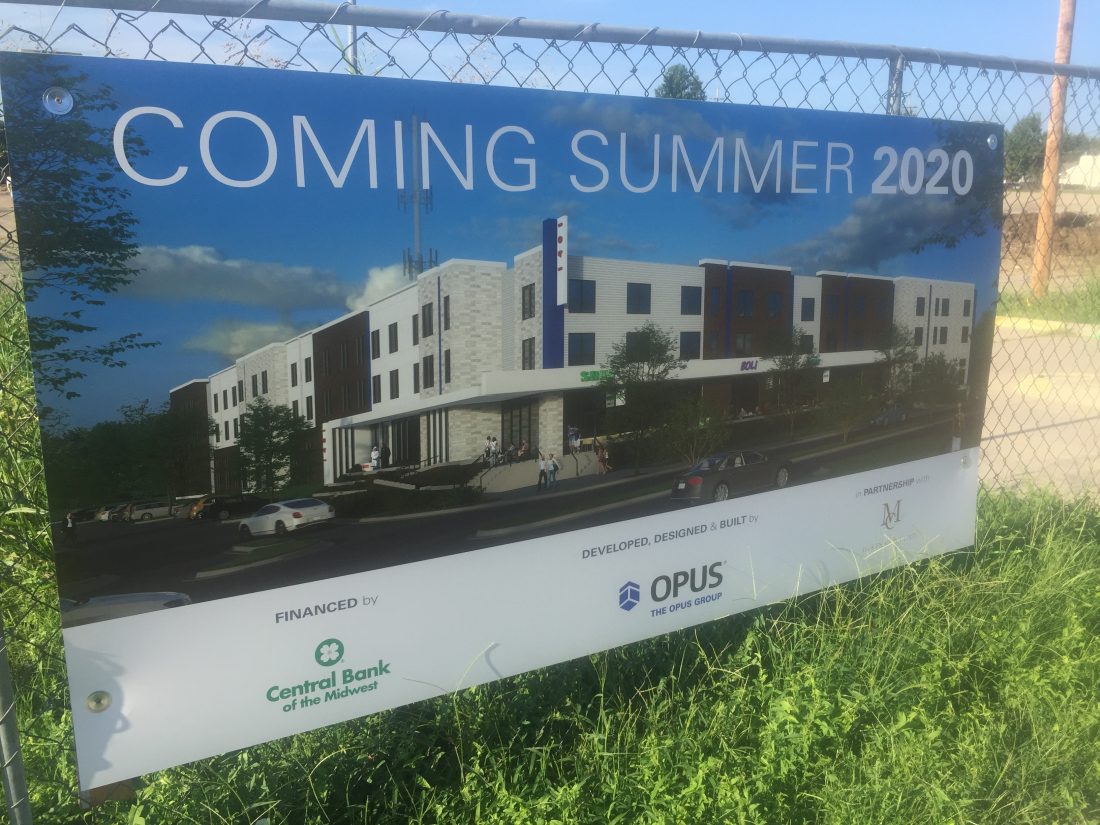 A rendering shows the latest plans for an apartment/retail building near 23rd Street and Naismith Drive. The Opus Group out of Minneapolis is developing the project.

While the idea of fry-filled burritos and a double shot of espresso is exciting, this is probably the 23rd Street project to really keep an eye on. It is a test case of whether a new style of residential living mixed with retail development can work on a corridor like 23rd Street. If the answer is yes, there are several more underused parcels on 23rd Street that might be candidates for future redevelopment.