Want a piece of the country? It will cost you quite a bit more in Douglas County than elsewhere in Kansas 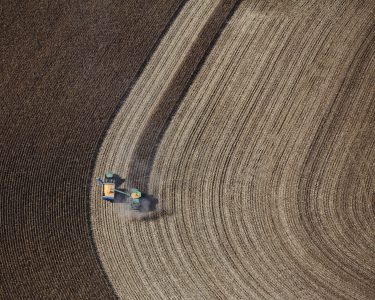 photo by: John English/Special to the Journal-World

Farmers harvest a corn field near Lone Star Lake in this file photo from 2017.

My dreams of being a farmer continue to get squashed. First, I planted actual squash in my garden when I thought I was planting cucumbers. (True story, and yes the pickles really are terrible.) And now, I get the latest data on how much farmland costs in Douglas County these days.

The Journal-World recently reported on statewide data that shows how much farmland increased in value in 2018. I wondered how Douglas County’s prices compared. Lawrence-based Heck Land Company, which is one of the largest sellers of rural land in the area, was able to oblige with some local data, as it recently had produced its six-month report.

Fasten the seat belt on your tractor. Lawrence home prices aren’t the only type of real estate well above statewide averages. Despite Douglas County not being one of the most active agriculture counties in the state, the price for agricultural land is more than double what you will pay in many other Kansas locations.

Non-irrigated crop land is selling for $4,500 to $5,000 per acre, if soils are of good quality, according to Heck’s report. That compares to an average of about $2,000 an acre statewide.

“I would say Douglas County prices are considerably higher than those statewide averages,” Kelvin Heck, founder and lead broker for Heck Land Company, said. “A lot of those places don’t have the population pressures that we have in Douglas County.”

How does population put pressure on agriculture land? After all, our local population isn’t exactly full of farmers. While that is true, growing population does put extra pressure on land prices from potential buyers who want to build a house on a property rather than farm it.

That is some of what is going on in Douglas County, but maybe a bigger factor is that a larger population also means a larger pool of land investors. Buying agricultural land simply because it is a good investment is definitely a factor in Douglas County prices, Heck said.

“I would say most of the time in Douglas County these days, the buyers aren’t the actual farmers themselves,” Heck said. “Most farmers tend to have connections to investors who want to buy some land. Most farmers are not in a financial position to make a purchase anymore.”

But Heck said there continues to be a good number of investors who are looking to make purchases. Even with the stock market rising rapidly over the last few years, there are people looking to put their money in agricultural land, he said.

“I think some of them may be wondering how long that stock market ride will last,” Heck said. “Diversifying may be what they are doing. And farmland is stable from the standpoint that it never goes anywhere and it really never sits vacant.”

That last point distinguishes it from commercial property for instance. Farmland owners make annual income by renting their ground to farmers, who generally pay rent based on how much the field produces in crops. Finding a farmer looking for more ground to lease generally isn’t hard, Heck said.

“If it is available, somebody is going to farm that ground, no doubt about it,” Heck said.

The state report said agricultural land prices were up 5% to 6% statewide. Heck said he had not seen prices rise quite that much in Douglas County over the last year. He said increases for the year were lower single digits.

The high land prices are coming at a time when the agricultural market hasn’t been good otherwise. Commodity prices have been low for several years, and the trade war with China is putting more downward pressure on prices. China this week announced it was suspending agricultural purchases from the U.S. while the two countries hash out trade differences.

Heck said the trade war does have the potential to damage land values.

“The trade situation is not helping land prices,” Heck said.

But he said he thinks land values will stabilize, once trade tensions ease. Heck said the market for people looking to buy rural property to build a house on, or simply to own for hunting or recreation, continues to be strong. He said he and fellow agent Brian Pine have made several of those sales over the past year. Land values for those type of sales, however, vary widely depending on the specific piece of property.

I do have a couple of other news and notes related to area real estate to share:

While talking with Heck, I asked him about property he has listed for sale along Kansas Highway 10 just east of Lawrence. Some people had wondered whether it included the site of a proposed soccer complex that we’ve written about several times.

Heck said the soccer complex ground is not included in the property sale. Rather the property is next door to the site of the proposed soccer complex, which is being put together by a group led by Joe Comparato of the local Jambars Futbol club.

The for-sale sign had sparked some concern that the soccer complex — slated to have five fields and a few other amenities — wasn’t moving forward. Well, the for-sale sign is not a sign of that, but it probably is worth another update on the soccer project.

The project first was proposed in 2016 and then stalled. We reported in January plans that were moving forward again. Comparato said at the time that he hoped to start construction in the spring and have the facility open by the fall. That hasn’t happened. I’ll let you know if I hear more.

Some of you may remember the center as the former Tanger Factory Outlet Mall. The property hasn’t been a retail center for years, though. It now houses several call centers, the driver’s license office, an administrative office for ADT Security (formerly Protection One) and several other tenants, including the offices of the Journal-World.

I hope to talk to Schulteis and Compton about their purchase and plans for the center. I’ll report back when I hear more.