As 30th anniversary nears, a new chapter for The Raven bookstore in downtown Lawrence 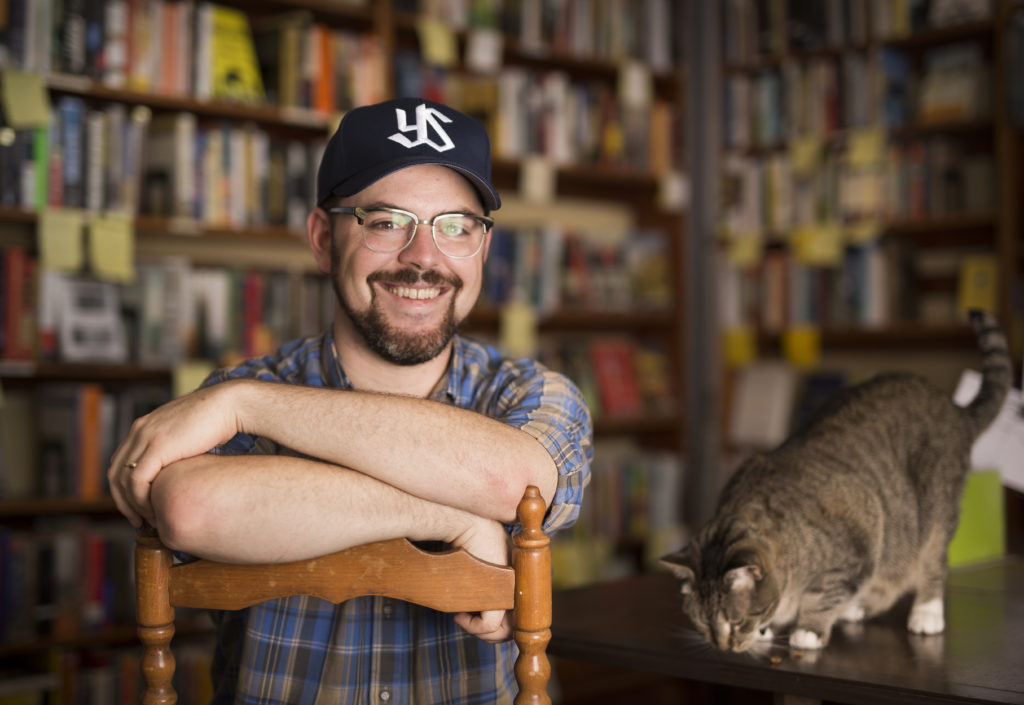 Danny Caine is set to take over as owner of the Raven Bookstore on August 1 after purchasing the business from current owner Heidi Raak. Caine is happy to announce that the store cats will also be staying.

The Raven bookstore is like a hero in a bad action novel. It just won’t die. First, Borders –a corporate bookstore chain that came to downtown Lawrence in the late ’90s — was supposed to kill the independent Raven at 6 E. Seventh St. Instead, plot twist. Bankruptcy for Borders. Villain vanquished.

Then came the next foe. A villain so big and powerful that Raven bookstore owner Heidi Raak didn’t even call it by name recently, only referring to it as “the really large retailer who is online.” I’ll give you a hint: It rhymes with Amazon. That indeed is one tough beast. America is trying to kill it with a thousand cuts via credit card, but to no avail.

While many an independent bookstore has fallen victim to those forces, The Raven is set to celebrate its 30th anniversary in September. It will do so with a new owner. Raak has confirmed that she’s reached a deal to sell the store to local author and Raven employee Danny Caine. He’ll take over ownership Aug. 1.

Danny Caine is set to take over as owner of the Raven Bookstore on August 1 after purchasing the business from current owner Heidi Raak. Caine is happy to announce that the store cats will also be staying.

Raak has owned the store for 10 years, buying it from founders Pat Kehde and Mary Lou Wright. She was ready for a change, and Caine said he was ready to live out a fairy-tale type of story. He grew up a book lover, recently got his Master of Fine Arts in poetry from KU, and now has a chance to own a bookstore that he has worked at for the last two and a half years.

“It was a no-brainer for sure,” he said.

Caine said the store will close for two weeks in August while he does some minor renovations, including some new fixtures and a little bit of tweaking to the layout of the inventory. But Caine said he’s not planning major changes to the store’s philosophy. Literary fiction is the store’s biggest seller, and will continue to be a major point of emphasis. Mysteries — the store was founded as a shop that specialized in mysteries — also are popular and will have lots of space devoted to them. A trend that has come on recently and that Caine expects to continue is an interest in political titles.

The one trend that is a must to continue, Caine said, is a focus on the local literary scene, including hosting readings and having staff members who are experts on local offerings. Caine calls it community engagement, and he said it is the reason he’s confident an independent bookstore can survive in an age of e-books and online retailers. 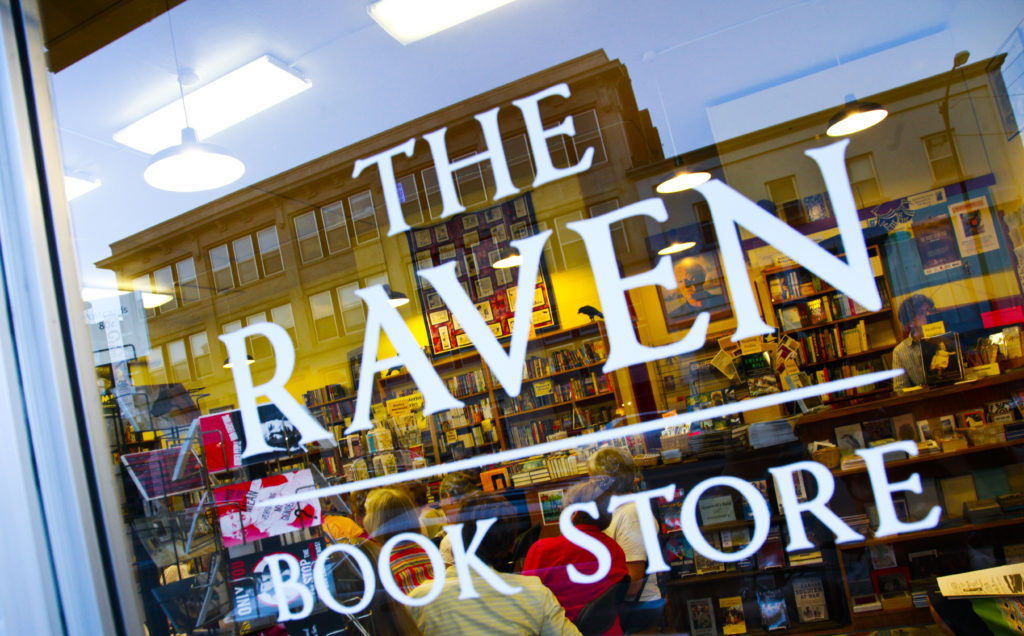 Listeners sit for a reading by author Cathy Callen on Thursday, Sept. 5, 2013, at The Raven Book Store, 6 E. Seventh St.

Caine shouldn’t have a hard time staying connected with the local literary scene. He’s a member of it. He is a published author, recently releasing a chapbook of poetry entitled “Uncle Harold’s Maxwell House Haggadah.”

Caine, who grew up in Cleveland and came to KU to study poetry under KU faculty members Joe Harrington and Megan Kaminski, said he’s been impressed with the local literary scene.

“It is so active. It is really big for a city this size,” Caine said.

Raak said she thinks Caine also will be impressed with the passion that Lawrence readers have for The Raven.

“We have been so supported by the folks in Lawrence,” Raak said. “It is just amazing. Sometimes I get a little teary thinking about the support we get.

“It is a lot of work and a lot of hours, but you make so many good relationships here. A lot of love and energy is put into the store, but I know it will be in good hands.”

Both Raak and Caine said to look for a special event in September to celebrate the 30th anniversary of the store.