Kansas guard Naadir Tharpe scoops in a shot past Oklahoma State forward Le'Bryan Nash during the second half on Wednesday, Feb. 20, 2013 at Gallagher-Iba Arena in Stillwater, Oklahoma.

The Self Made KU alumni squad won’t be in this year’s field at The Basketball Tournament, but that doesn’t mean the Jayhawks won’t be represented.

Former KU point guards Tyshawn Taylor and Naadir Tharpe have joined a team of Oklahoma State alumni in the annual tournament, which is now in its seventh year and features former college players from all over the country competing for a $1 million prize. Last year, Taylor and Tharpe both played for the Self Made squad, which was eliminated in the first round in Wichita.

Former KU guard Andrew White III, who left KU to finish his career at Nebraska and Syracuse, also will be playing on a Syracuse squad called Boeheim’s Army.

The annual event, which is slated to start Saturday in a condensed format in Columbus, Ohio, will become the first substantial live basketball event in the country since the COVID-19 pandemic shut down college and professional hoops in mid-March.

Taylor and Tharpe will play for the Stillwater Stars, a squad of mostly OSU alumni making its TBT debut.

“I feel like linking up with the Oklahoma State guys is pretty cool since the majority of us competed against one another during our college careers,” Tharpe told the Journal-World on Thursday. “To now be together and playing for a million dollars, it’s pretty cool how life works out.”

Tharpe once buried the Cowboys in Stillwater, hitting a game-winner in the lane during a double-overtime Kansas victory in February of 2013.

“I would’ve never thought I’d be joining the only college team I’ve ever had a game-winner on,” Tharpe joked. “But it’s pretty cool that they asked two KU guys to play, and we’re thankful and blessed.”

Tharpe had been scheduled to play with a team out of Philadelphia, but that group did not make the 24-team TBT field.

The entire tournament will be played in one location and will feature just 24 teams instead of 64 like in previous seasons. The 23 games in the single-elimination tourney will run from Saturday through July 14. Much like the NBA restart that’s planned for later this month in Orlando, the 2020 TBT is being played inside a bubble, and teams must follow strict rules to be able to participate.

Players were asked to arrive five days early for the first of several rounds of testing, and a positive test for any player on any roster will result in the removal of the entire team from the tournament.

Event organizers have set up practice courts inside hotel ballrooms, and all of the games will take place at Nationwide Arena, a multipurpose venue that houses the NHL’s Columbus Blue Jackets. Fans will not be allowed to attend. 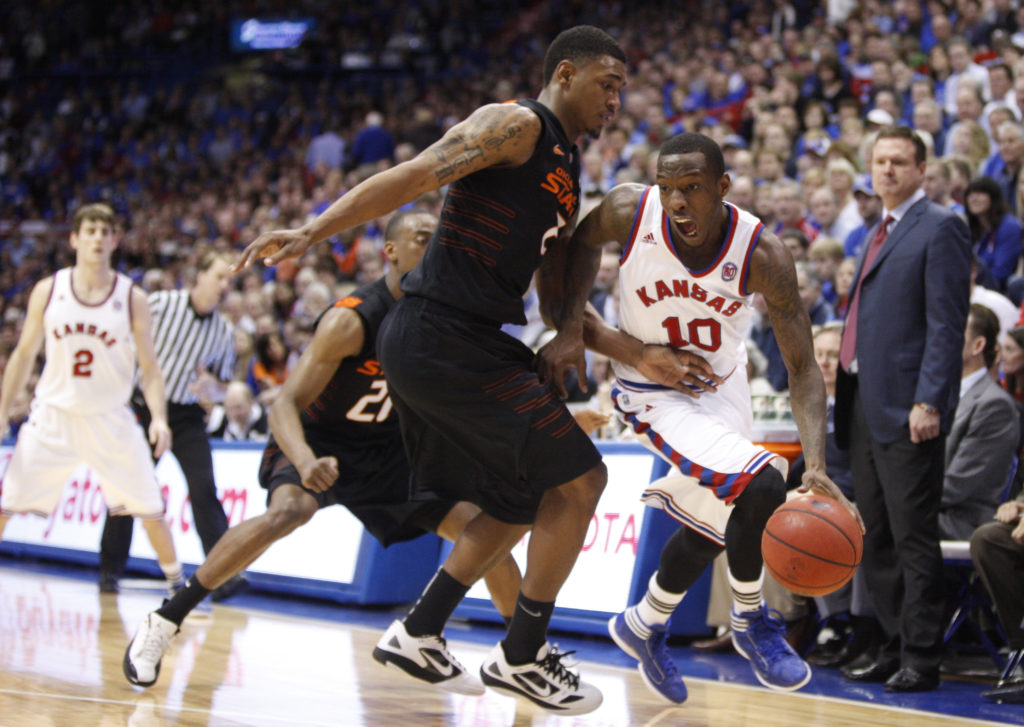 TBT games will be shown on ESPN — the network recently signed a three-year extension to broadcast the tourney through 2022 — and also will feature the Elam ending, where teams eliminate the clock late in the game and instead play to a target score.

The Stillwater Stars, seeded 21st, will open play at 4 p.m. Saturday against No. 12 seed Brotherly Love. A win there would move the Stars to Monday’s second round, where they would face No. 5 seed Eberlein Drive at 6 p.m. The top eight seeds in this year’s even receive byes into the second round.