Last week, Google pulled the plug on its Goog411 service. As a frequent user of the service for the past 3+ years, this news is dismaying. Goog411 was fantastic, just dial 1-800-GOOG-411 and you had voice recognition Google results for businesses. Just say your city and state and the place you were looking for or some keywords and Google results were spoken back to you. You could then say things like “more results” to get address and hours information or say “call” to phone the business directly. Pretty handy on-the-go, though the voice-recognition software never really improved over time and it failed to live up to its original promise of eventually giving you the closest results or coupons based on your location. Still, the service was free and way more thorough than directory assistance.

Even more distressing than losing this great service was learning that Google maybe never intended it to last long term and that their real objective may have been in improving their voice-recognition technology for future applications, as uncovered in this New York Time’s Article: Farewell GOOG 411 NY Times October 14th.

The real answer was one Google search away. Here’s Google’s Marissa Mayer, talking to Infoworld in 2007, when she was Google’s vice president for search: “If you want us to build a really robust speech model, we need a lot of phonemes, which is a syllable as spoken by a particular voice with a particular intonation. So we need a lot of people talking, saying things so that we can ultimately train off of that. So 1-800-GOOG-411 is about that: Getting a bunch of different speech samples.”

In other words, GOOG-411 was never intended to be a permanent exhibit; it was a phoneme-harvesting operation for honing Google’s voice technologies

The implication that Google’s motives were more about improving their own technology for future monetization and that the usefulness of the service was simply a bi-product of that is not surprising, but I still feel let down a little bit duped.

Also burning through tech news over the past week were stories about Yahoo lay-offs and the possibility of social bookmarking site De.licio.us getting the axe. After around 600 Yahoo staff lost their jobs last Tuesday, stories started to appear in news outlets across the country that Delicious was on the chopping block, based partly on the lay-offs but more on the strength of a leaked Yahoo presentation slide showing the bookmarking site in the “Sunset” column of offerings that were being phased out.

Reportedly, requests for comment from Yahoo were met with vague and dodgy answers and the response by Yahoo’s Chief Product Officer Blake Irving to chatter on the social networks was combative at best, as illustrated by his now infamous twitter post: “Blakei @bpm140 @joshu Really dude? Can’t wait to find out how you got the web cast. Whoever it is, gone! Dec 16, 2010 11:28:49 AM ”

About 24 hours later, Yahoo made a post to the Delicious blog how disappointed they were that the press got the story so wrong and that the site’s future has yet to be decided. Hopefully, the internet giant says, Delicious will be moved to another company where ” it can be resourced to the level where it can be competitive.”

I’m a huge fan of Delicious and after reading the reports of a shutdown thought “I already lost Goog-411 this week, please don’t take my Delicious!” I’m sure there are other great social bookmarking sites out there (any suggestions? 🙂 and even if Delicious does inevitably go away, Yahoo has at least given me much entertainment with how adolescently it has so far handled the situation. Their blog post promises 3 times to communicate and share information and updates as things develop. But if they had simply responded in an up front manner to the direct questions about the fate of the product in the first place, they wouldn’t have to be pointing fingers now.

A great summary of what went down can be found on Search Engine Land: Yahoo Flubbed the News and another great synopsis and analysis of Yahoo here: Floundering Yahoo Lays Off 4 Percent of Workforce

Oh and yes, and the day this happened, Facebook crashed itself shortly after accidentally “launching” a host of new features that weren’t ready yet. According to Wired, the site was taken down intentionally. Read an amusing account of the back and forth Wired reporter Sam Gustin had with Facebook here:Facebook Takes Itself Down 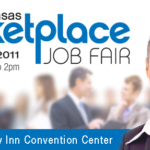 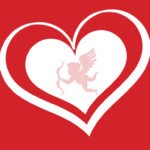 Send a Valentine’s Day Message to your Sweetie

The Super Bowl commercial featuring a young boy dressed as Darth Vader, who thinks he successfully uses the Force ...

On Saturday, the Game Nut video game, movie and dvd store celebrated its 5th birthday party by giving away $5,000 ...

Print or Online – Which Coupons do You Use the Most?